Northeast Syria: Increased Restrictions and Violations against Journalists and the Freedom of Expression 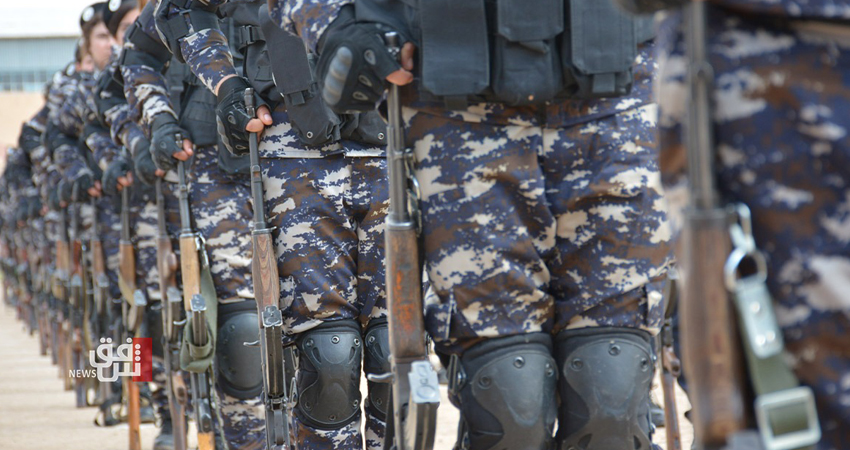 Members of the Asayish forces, affiliated with the Autonomous Administration of North and East Syria. Credit: Shafaq News.

The security services of the Democratic Autonomous Administration in Syria (AANES) are restricting the freedoms of opinion and expression of media outlets and journalists.

In recent months, the AANES has increased the restrictions on journalists by forcing those who practice journalism in the area to join the Union of Free Media (YRA), in violation of the current Media Law. Furthermore, the AANES has revoked licenses of journalists and media institutions and arbitrarily detained media personnel.

Several institutions of the AANES increased the restrictions on freedoms after the approval of Media Law No. 3 of 2021, despite the claim that this law aims to promote the right to freedom of opinion and expression and the right to information.

Between 01 January and 31 August 2022, Syrians for Truth and Justice (STJ) documented at least 18 cases of violations against journalists and media outlets.

In its report issued on 14 September 2022, the Independent International Commission of Inquiry on the Syrian Arab Republic (CoI) confirms the involvement of the AANES in restricting fundamental freedoms (such as attacking or arresting journalists and media outlets). The report indicates that there are reasonable grounds to believe that the freedom of expression of journalists is unduly restricted. Moreover, it calls on all parties to the conflict to respect and protect people’s fundamental rights, including their right to life, liberty and security of person, freedom of expression, peaceful assembly, association, and movement.

Furthermore, Reporters Without Borders (RSF) has condemned the increase in restrictions that the authorities are imposing on journalists in Northeast Syria as they attempt to tighten their grip on news coverage. Since March, RSF has noticed increasing obstacles for journalists who are required to be members of the pro-government YRA.

Nevertheless, the AANES has denied accusations that they violated the rights of journalists, describing them as “campaigns that try to target the AANES and change the facts.”

Journalism in the context of International Human Rights Law is a reflection of the collective right to freedom of expression, which was also confirmed by the United Nations Human Rights Committee in the General Comment No. 10.

The regulation of the mass media should aim to protect and promote freedom of expression, and enable journalists and the public to seek, receive, and impart information and ideas of all kinds. They should not be used as a political tool to prevent journalists from publishing.

Moreover, the criteria for the application of such conditions (and license fees) should be reasonable and objective, clear, transparent, nondiscriminatory, and otherwise in compliance with international human rights law.

The Most Prominent Violations against Journalists

On 02 August at 12:00 pm, three masked men kidnapped Farman from the office and kept him in an undisclosed location. The kidnappers claimed that Farman would be released after a 1-hour interrogation. Instead, he was released after 21 days, on 23 August.

The Media Department of the AANES declared in a statement that, according to an official letter received from Asayesh, Majeed repeatedly assaulted their members and performed his duties unprofessionally.

On 19 July, the team at People’s Stories announced Majeed’s release. An official apology to the security forces was published on their Facebook page.

The Media Department of the AANES informed AFP officially that Suleiman is suspended for 2 years and banned from working with any media agency in north and east Syria.

Ciwan Mulla Ibrahim, co-chair of the Media Department of the AANES, stated that filming by drones requires approval from the Security Forces.

On 15 November 2021, AFP published aerial photographs that show the environmental pollution resulting from the oil refining. The photographs were taken of an area that includes dozens of primitive refineries in the countryside of the Qahtaniyah in Qamishli.

On 5 January, Sadoun criticized the poor quality of bread on his personal account on Facebook. He posted:

“The head of the EAC wants to form a committee of experts to improve the quality of flour. My grandmother used to grind flour, knead, and bake the best types of bread without a committee of experts. Experts are not needed. I call on Salman Barudo to resign. If he refuses, then the Legislative Council or the head of the Administration must remove him. I repeat: the man derives advantage and will not resign”.

“I am a critic. This is my specialty. I criticize literature, social behavior, and politics. I do not exclude anyone: poets, heads of parties, or officials in the administration. However, criticism has principles, and the most important is to avoid personal insults and to refrain from using criticism for personal benefits. The job of a critic is to reveal the negatives, develop solutions, and strengthen the positives”.

“The lawsuit against me is related to the poor quality of bread that is unfit for human consumption. The Minister of Economy and Agriculture bears the responsibility for this. He is supposed to be questioned by the Legislative Council to consider whether he is still deemed fit to hold that position. If not, a no-confidence motion against him should lead to his removal. However, this did not happen. The lawsuit became a personal dispute, with a claim that my post is a defamation and a false statement. This is a way to evade responsibility for failing to carry out his duty to secure healthy bread for people”.

On the other side, STJ interviewed Barodo who narrated:

“Farid Saadoun commented on one of my posts related to forming committees to monitor the work of baking ovens and mills to improve their quality. The comment was sarcastic and did not address the work of the committee that brought machines to improve the quality of bread. The latter was not good as a result of mixing flour with corn”.

“Saadoun’s goal was to mock the work of the committee that was formed by us, in addition to defaming me. His words were not defending the people’s bread as he claimed. Irresponsible criticism is unacceptable and must be legally punished”.

Recently, the Lawsuit ended by mutual consent and Barodo dropped the charges.