Riyad Ahmed and Ahmed Ibrahim Released after Months in Captivity

December 3, 2018 249 views Download as PDF This post is also available in: Arabic Font Size A A A

The two Kurdish Future Movement member Riyad Ahmed and Milad Delli, who were arrested together from Qamishli/Qamishlo, on June 21, 2018, freed each alone later; Milad in the following day, 22nd of June, while Ahmed hold for 150 days and released on November 21, 2018.[1]

Moreover, the Asayish released Abdulrahman Na'so aka Abdulrahman Abou, member of the Central Committee of The Kurdistan Democratic Party/KDP on November 14, 2018, after 494 days of detention.[2]

On October 29, 2018, Ahmed Ibrahim, a member of the Kurdish Future Movement, was set free after 132 days behind bars, being arrested by the Asayish in Qamishli on June 20, 2018 following his return from Iraq Kurdistan, leaving the ranks of Rojava Peshmerga Forces[3].

Riyad's relatives didn’t know his whereabouts throughout his detention, though they asked about him several times at the center of Asayish in Qamishli, but were given no clues, STJ’s researcher reported.

The Asayish has earlier released several Kurdish politicians and dissidents in northeastern Syria during October 2018, including the two PDK region committee members, Abdulhameed al-Khalil and Abdulmajeed Mousa, after about 95 days in detention. Besides the release of Shorash Murad, a member of the administrative body of the Martyr NasraDin Burhek Coordination and of the Kurdish National Council in Syria.[4]

Additionally, the Asayish detained a number of Kurdish politicians and opponents during April 2018, including Faisal Yusuf[5], the general coordinator of the Kurdish Reform Movement, Ne’mat Dawood[6], secretary of the Kurdish Democratic Equality Party in Syria, and Fadi Marei[7], head of the public relations office for the Kurdish Future Movement in Syria, and all of whom were subsequently released.

The recently released Riyad Ahmed, 47 years old, told STJ on November 21, 2018, that he was been brought before a court of Asayish, located near Qamishli, three times through November, the last was on the 19th of it, two days prior his release:

“On June 21, 2018, I was with my friend Milad Delli at my house in Qamishli, when the Asayish militiamen burst into, and arrested both of us. They brought us, blindfolded, to a detention center. However, Milad was freed in less than 24 hours, while I confined in an isolated cell for 94 days, during which I was interrogated several times, that I was accused of recruiting youths for some political or military entities. I was then transferred to another prison of Asayish in the village of Nav Kore, near Qamishli, where I spent more 56 days, luckily in a group cell, which made things better.”, said Riyad.

Riyad’s family suffered during his arrest, since he was the only breadwinner, besides being concerned about his fate, as his whereabouts remained unknown for five months, Riyad recalled.

Ahmed Ibrahim, 21, a member of the Kurdish Future Movement, said that he had recently released from the Asayish prisons, on October 29, 2018, following his appearance before one of its courts in Qamishli after 132 days of detention:

“At about 9:30 pm on Wednesday, June 20, 2018, after my recent return from Iraqi Kurdistan, leaving the Peshmerga ranks I’ve joined earlier, the Asayish militiamen arrested me with Mohammed Daham Ayo, member of the consultation body of the KDP, from near Halabja park in Qamishli, and drove us, blindfolded, to Alaya prison in Qamishli. Mohammed was, however, released after less than a day, while I was kept in solitary confinement for 13 days before I was sent to another prison of Asayish where I spent 119 days, 110 of which in isolation. After a week in Alaya prison, I was investigated on charges of forming armed groups under the Kurdish National Council’s command, which I totally denied. I told them that I returned to Syria to take care of my family and make ends meet. I was interrogated on a regular basis every 20 days until I was released on October 29, 2018 after I appeared before an Asayish court near Qamishli.”, Ahmed said.

The opponent politician, Ahmed Ibrahim, said that his family did not know his whereabouts throughout his detention period although they asked about him at the security services centers of the Autonomous Administration more than once. 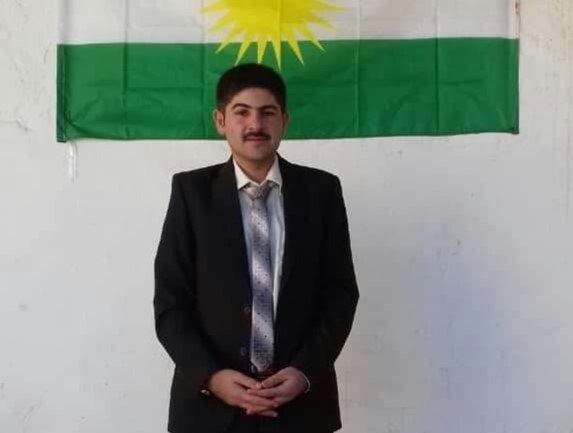 [3] Peshmerga: military forces based in the federal region of Iraqi Kurdistan, includes Syrian Kurds defected from the Syrian army along with volunteers. Its fighters estimated at thousands, and they fought against the Islamic State organization, aka ISIL.