Northeastern Syria: An Image of Cannabis Allegedly Taken in Al-Hasakah is False 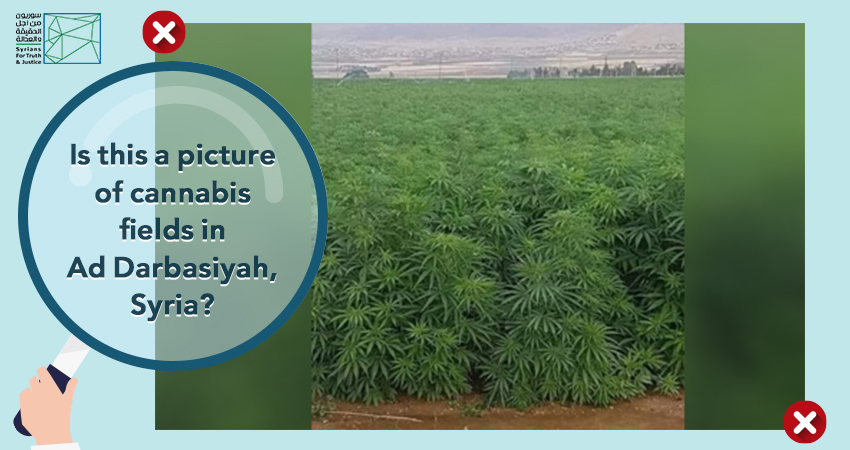 On 17 June 2022, a Syrian Twitter account posted an image of land planted with cannabis (hashish). The image was attached with a caption saying that the land shown is located in Ad Darbasiyah town of al-Hasakah province, controlled by the Autonomous Administration and the Syrian Democratic Forces (SDF).

On 18 June 2022, the same image was posted by another Syrian Twitter account with the same caption. Since then, the image spread on social media. 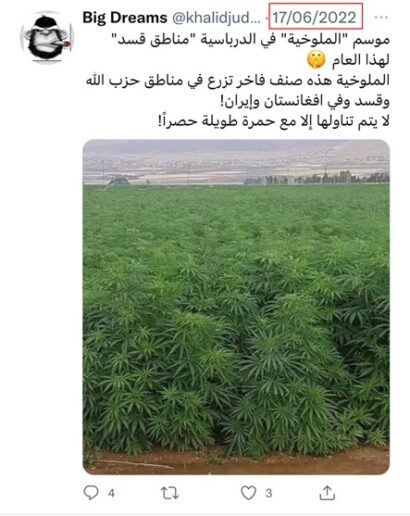 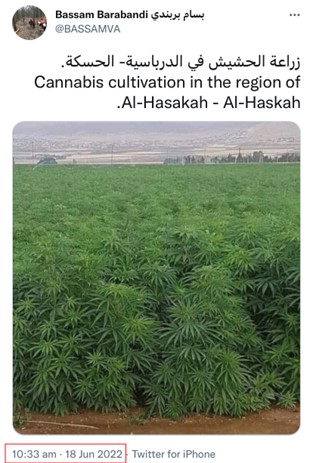 Syrians for Truth and Justice (STJ) tracked the circulated image through its digital forensic expert, AKMcKeever. Our expert found that the image was first published on 8 June 2019 by a Lebanese account on Twitter. Then, on 1 July 2019, it the same image was posted by a Lebanese Facebook page named ‘Ma32oul’. Later, on 21 April 2020 the Lebanese Facebook page “Janoub News” posted the image headed with the caption: “Lebanon officially legalizes cannabis cultivation”. Afterwards, several Lebanese pages on social media circulated the image. 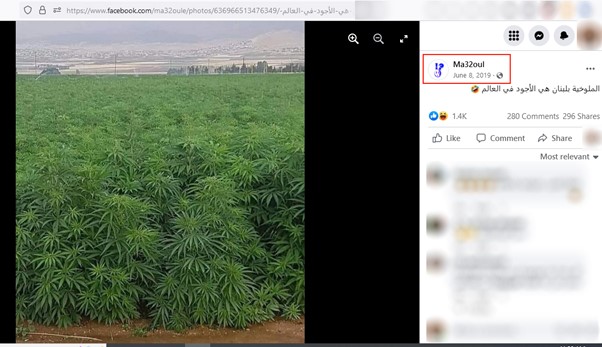 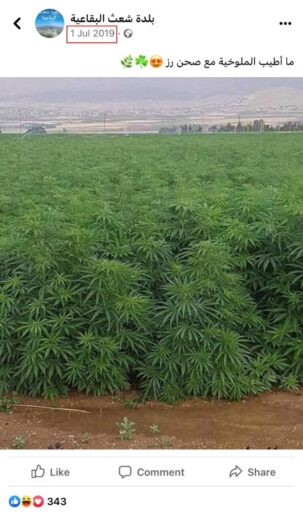 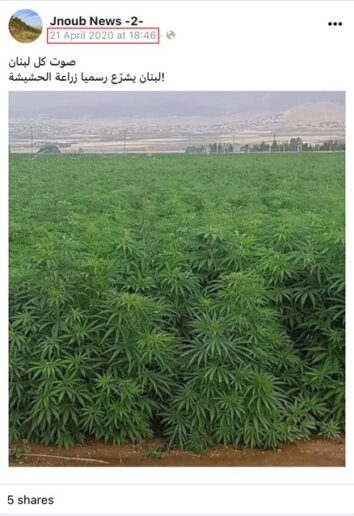 Recently, on 10 June 2022, a Lebanese Twitter account called ‘Lebanese Tweeter’ posted the same image with a sarcastic comment saying: “We have a bumper jute mallow harvest this year”. 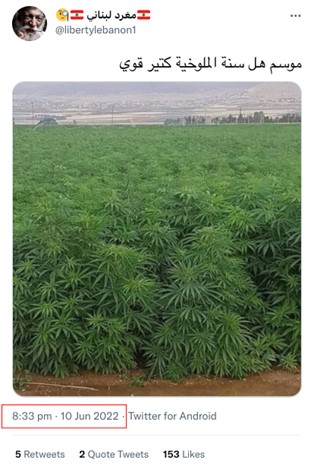 It seems that the Syrian accounts blindly reposted the image. Analysis conducted by our digital forensic expert revealed that the image was taken in Lebanon’s Majdaloun village near Baalbek city. Furthermore, the expert located the land shown in the image at the intersection of roads to Taybeh and Majdaloun villages northwest Majdaloun.