Two of the detainees died of torture, some were released for ransoms, while the fate of 28 remains still unknown 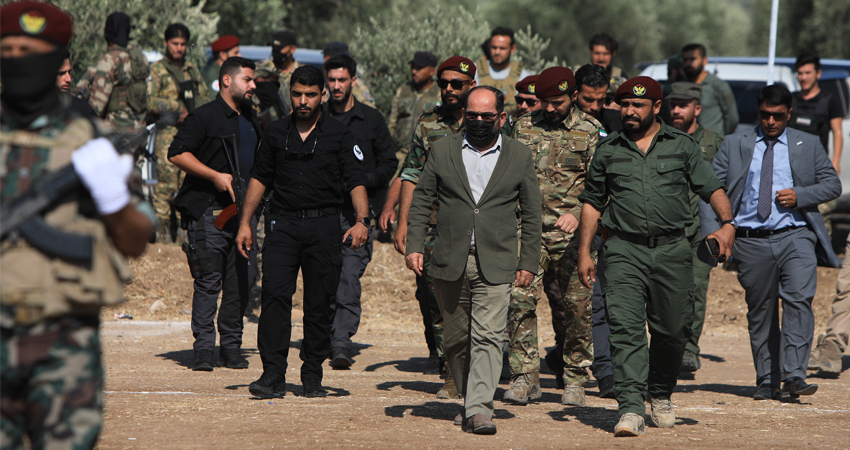 Syrians for Truth and Justice (STJ) documented the arrest of at least 311 people, including 12 women and a child, from the Kurdish-majority city of Afrin. The arrests were made by armed groups of the Syrian National Army (SNA) in the first six months of 2022.

STJ documented the release of 282 of those arrested and the death of at least two of them as a result of brutal torture. According to reports, a detainee, who was held by Tajammu Ahrar al-Sharqiya/Gathering of Free Men of the East, was transferred to Afrin Military Hospital and then to a Turkish hospital, where he died from a brain hemorrhage caused by repeated strikes to the head . It was also confirmed that the Sham Legion/Faylaq al-Sham tortured a detainee to death. Nevertheless, 28 of the detainees are still unaccounted for.

Testimonies obtained by STJ asserted that the 311 people were arrested either for ransom or for racist purposes. The arbitrary arrests in Afrin continue to intimidate the local population with the aim of prompting them to leave their homes.

The documented arrest cases cited in this report are of detainees who were transferred from the detention centers of the SNA armed groups to prisons of the security forces, such as the Military Police. Thereby, we believe that the actual number of detainees is much larger than 311, since we have no access to the SNA groups’ secret detention centers.

Throughout 2021, STJ documented the arrest of more than 584 people by SNA armed groups. In this context, we published several reports on the armed groups’ use of arbitrary arrest and other violations to extort money from locals to fund their activities and increase their officers’ personal wealth.

19 armed groups and security bodies were behind these arrests.  Among them, the Military Police arrested 123 people, the Sham Legion/Faylaq al-Sham arrested 57 people, and the Turkish intelligence arrested 42 people.

The following graphs show the places and times of the arrests and releases, and the entities conducting them.

Arbitrary Arrests in Afrin’s Seven Districts During the First Six Months of 2022. Source: the investigative team at Syrians for Truth and Justice. 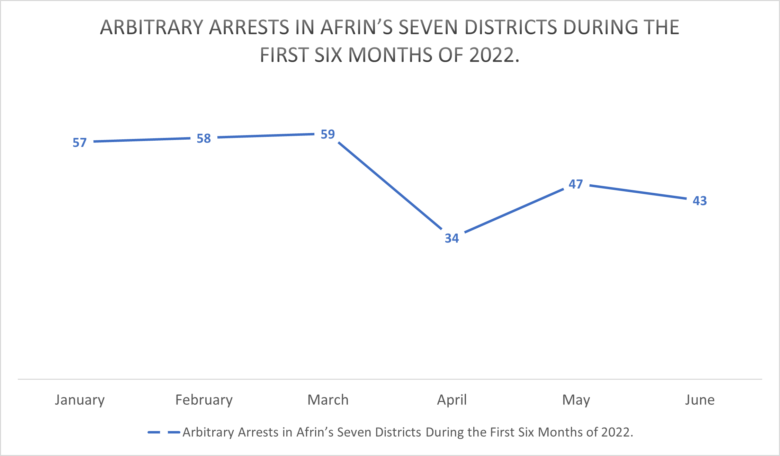 Monthly Arrests in Afrin During the First Six Months of 2022. Source: the investigative team at Syrians for Truth and Justice. 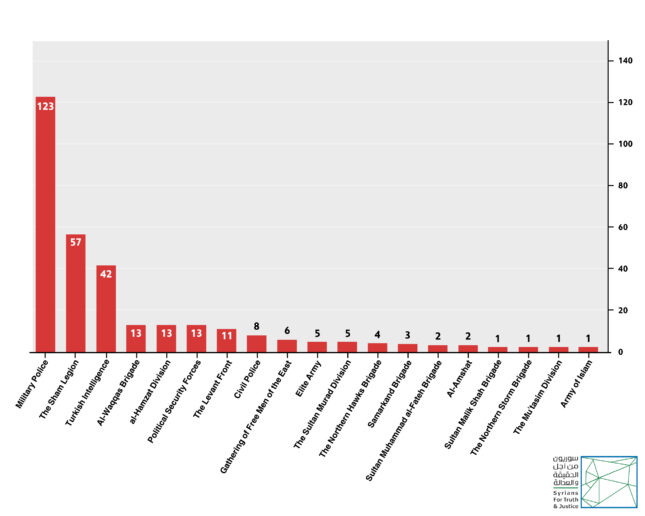 The Parties Responsible for Arrests in Afrin During the First Six Months of 2022. Source: The investigative team at Syrians for Truth and Justice.