Several houses and warehouses were appropriated by the National Security Bureau, the Military Security and a military group of the Syrian regular forces

December 7, 2018 100 views Download as PDF This post is also available in: Arabic Font Size A A A

A number of Syrian security services and military forces seized several properties and houses in the city of al-Rastan, Homs, and turned them into headquarters. The confiscated real estate belong to opposition figures, who have been evacuated from the area towards Syria’s north under a settlement/reconciliation deal with the Syrian government.

According to the field researcher of Syrians for Truth and Justice/STJ in northern rural Homs, the Syrian National Security Bureau has seized Sha’alan al-Dali’s house in the city of al-Rastan and made it into a headquarter. Similarly, the Military Security Branch has appropriated the house of a doctor from the al-Ashqar family and several houses belonging to the al-Dali family, which they turned into headquarters and military detachments.

A military group, affiliated with the Syrian regular army, also seized a number of storages and warehouses, the ownership of which belongs to the al-Muqadam family, and turned them into a military post. In addition to this, the group appropriated a house, located on the al-Balan road, the owner of which STJ’s field researcher could not identify, and a house belonging to the al-Dali family, located in the al-Karaj region, which they also turned into a military detachment.

The security services and the regular forces also seized several cars and machinery upon entering the city of al-Rastan and many of the owners of these properties paid money to get them back, resorting to intermediaries working for the security services, STJ’s field researcher added. 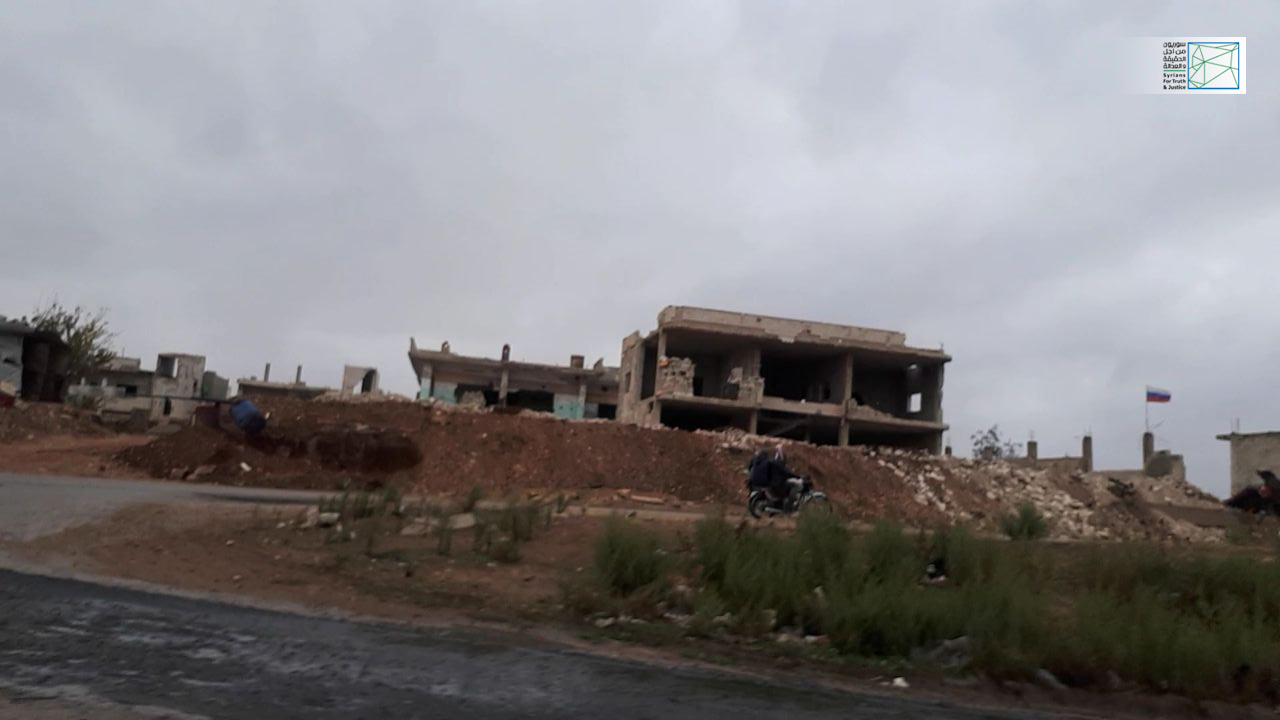 The photo shows a military headquarters of the Syrian regular forces and the Russian forces, where the Russian flag is raised, appearing to the right corner. Taken on: November 4, 2018.
Photo credit: STJ.

Since the Syrian regular forces and their allies controlled northern rural Homs in May 2018 under a deal with the opposition armed groups, several arrest and detention cases of persons, who underwent a reconciliation, were recorded, while several employees are prevented from returning to the institutions that dismissed them. Covering this, STJ published several detailed reports.  [1]