Syria: Cybercrime Law is an Additional Tool for Suppressing Freedom of Expression 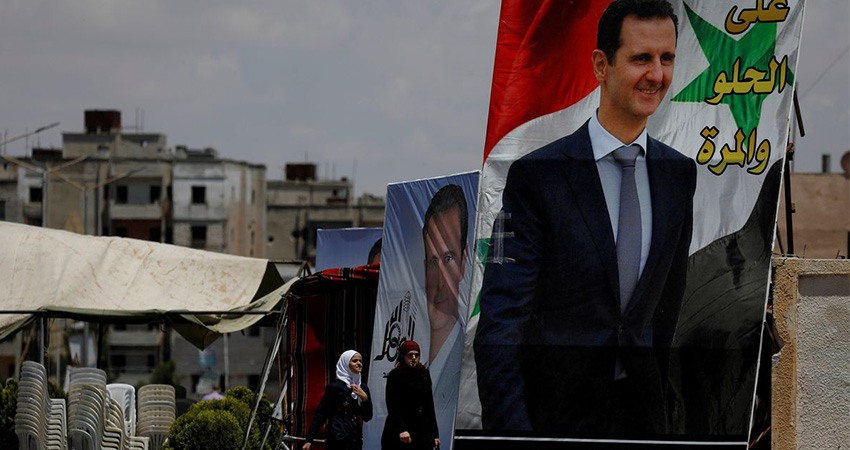 On 18 April 2022, Syrian President Bashar al-Assad issued Law No. 20 of 2022, relative to cybercrime. The law provides for reorganizing criminal legal rules governing digital crime included in Legislative Decree No. 17 of 2012. The target degree frames the enforcement of the provisions of the Law of Network Communication against Cybercrime.

The Syrian legislative authority commented on the law’s timing, saying the law responds to peaking rates of cybercrime within the Syrian community due to technical and technological progress. Therefore, the law was issued to protect legal interests, regulate freedoms in cyberspace, and limit “misuse of technology.”

Additionally, the legislative authority claimed that Law No. 20 reframes the legal concept of cybercrime, stretching its scope to include various forms of criminal behavior related to information and information systems.

Groundwork for Law No. 20

Four months before Law No. 20 went official, al-Watan newspaper, close to the Syrian government (SG), published leaks on draft amendments to the Cybercrime Law No. 17 of 2012, now repealed.

The leaked information includes potential tightening of penalties against crimes committed online, including those perpetrated on social media platforms, and an increase in corresponding fines up to 10 million Syrian pounds (SYP). These stricter punitive measures were effectually established in law No. 20.

Ahead of the al-Watan leaks, Colonel Louay Shalish, head of the Cybercrime Combating Branch within the Ministry of Interior, on 24 October 2021 told state-run Syrian Arab News Agency (SANA) that the ministry had organized over 1,200 cybercrime reports since early January 2021, and arrested 160 people. Most of the persons arrested committed crimes of online fraud, extortion, slander, and defamation.

Shalish highlighted that cybercrimes verging on “undermining the prestige of the State,” insulting national symbols, public administrations, the judiciary, or an employee exercising public authority amount to crimes punishable by law. He added that the judicial police will address crimes of this character with the knowledge of the public attorney in the concerned province

Legal experts with Syrians for Truth and Justice (STJ) believe that one of the key reasons that prompted the SG to issue Law No. 20 is the intense wave of criticism and cynicism that had recently swept social media, lashing against all levels of government administration, including the prime minister, ministers, employees, etc. This crushing wave of ridicule corresponds to acute deterioration in living standards, amidst the SG’s failure to meet citizens’ basic needs in their areas of areas. In addition to a low supply of vital commodities such as bread, there has been a shortage of a wide range of services, including electricity, water, healthcare, and public transportation.

What is Cybercrime Law No. 20?

Article 1 of Law No. 20 broadened the scope of cybercrime definition, bringing under its mantel all forms and patterns of shared digital content, including posts and footage uploaded onto social media. The law comprises 50 articles which aim to re-establish new criminal legal principles for the concept of cybercrime, previously encompassed by Law No. 17 of 2012, known as the Law of Network Communication against Cybercrime.

In addition to the new definitive and updated criminal scopes, Law No. 20 levels unsparing fines against crimes in cyberspace, which complement the penalties and the growing threat they pose to individual freedoms.  The law’s fines are harsher than those established in the Penal Code. Law No. 20 pushed incarceration periods to sentences ranging from one month to 15 years, and fines ranging from 200,000 SYP to 15 million SYP.

Law No. 20 of 2022 entered into force on 18 May 2022, working by its 50th Article, which stipulates that: “This law shall be published in the Official Gazette, and shall be effective one month after its issuance.”

Based on the wider criminal scopes the law propagates, legal experts with STJ believe that “digital content” in Article 1, will probably be used to cover posts on social networking sites, comments on a user’s personal posts, comments on other users’ posts, or re-publishing the shared contents, posted by individuals or pages.

Therefore, Law No. 20 stretched the powers of the executive authority over additional target segments of Syrian citizens, robbing them of freedom of expression in all modes of writing. This is a violation of Article 42(2) of the operative 2012 Syrian constitution, which guarantees the following: “Every citizen shall have the right to freely and openly express his views whether in writing or orally or by all other means of expression.”

Notably, the definitive aspects highlighted in Article 1 of Law No. 20 expanded the scope of target crimes in an overbroad manner because it functions against all Syrian citizens using social media, without pinpointing the bases of criminalization.

As an update to the repealed Law No. 17 of 2012, the definition of cybercrime in Law No. 20 of 2022 provides a looser frame, which the SG can bend in various ways to prosecute Syrian netizens for any content they share on social media, regardless of the content’s nature.

Article 1 of Law No. 17 defined cybercrime as any crime committed using a computer or the internet, or that occurs against information systems or the network.

In Law No. 20, however, Article 1 defines cybercrime as criminal behavior in accordance with the provisions of this law, committed by means of information technology, targeting information or information systems, and including the act of sharing content online.

Expanding the definition to the act of content sharing demonstrates that the SG intends to further diminish already narrow spaces of expression, including online ones, such as Facebook, which citizens use to voice their anger at the underperformance of the current government.

Criminalized by this definition, digital activity opens new doors for repression. With the inclusion of “social media shared content”, the SG expands the practices of policing to online environments, using the definition to legally prosecute a larger number of critics of government administrations, including executive authorities.

Types of Crime under Law No. 20

The smart card is a system through which Syrian citizens use cards to purchase rationed SG subsidized goods, such as bread. Cards are used by individuals and families, determining their monthly shares of goods available through the system.

Notably, the nontraditional crimes, or those targeting internal security, are novel in the online context, because they did not exist in the repealed Law No. 17 of 2012.

However, these crimes, particularly undermining the constitution, the state prestige and its status, are established in the Syrian Penal Code No. 148 of 1940, as well as its amendments, stipulated by Law No. 15 of 2022, issued on 28 March 2022.

In that sense, committing these crimes online amounts to aggravating circumstances.

Shortcomings of Law No. 20

One of the law’s major defects lies in the deep convergence between its provisions and the crimes it addresses and those subject to other laws, particularly amendments to the Penal Code. The amendments are established in Law No. 15 of 2022, across articles 9 to 14. Notably, the conflation of these two legal frames adds an extra layer of ambiguity to the ambivalence dominating the structures of Syrian laws, which are inseparable in various ways, and are conflicted at times.

The Syrian legislator, when drafting the law, should have limited the scope to combating crimes involving information, online infiltration, hacking or sabotaging information systems, breaching, stealing, or publishing personal data and information without permission, and electronic fraud, such as e-document forgery.

The legal experts believe that crimes such as undermining the prestige or financial status of the State, or insulting religions, or religious sanctities and rituals, should not have been integrated into the law on the pretext that they are perpetrated using technology. This mesh will render the applications of these laws more complex because the same criminal behavior falls under the mantle of various legal frames, each with different sets of penalties and fines. This multiplicity of punitive frames will pose challenges for both judges and defense lawyers, who will suffer under the weight of legal interpretation of available texts. Interpretation difficulties will affect disharmony with the spirit of justice and equity, as well as lead to incompatibilities in the application of the law.

Therefore, crimes against the constitution, or ones related to State prestige, religions, and drugs which are committed in cyberspace naturally fall under the Penal Code, which indeed addresses them. The Penal Code is the applicable law regardless of the fact that these crimes were perpetrated using information technology or high-tech products.

Along these lines, STJ’s legal experts pose the following question, why did the SG opt for tightening its legal grip by citing the same crime in two legal frames, as well as doubling the sentences and fines leveled against citizens taking to social media to express their minds?

Relating to the legal dimension, the experts also ask, what purpose underlies issuing new definitions that only serve to inflate the vagueness and unintelligibility of existing laws, not to mention their conflicting stances?