Syria/al-Hasakah: New Horrifying Details About IS Attack on al-Sina’a Prison

IS militants executed over 70 of the employees and fighters they took as hostages. At least 10 were beheaded and their bodies burned

A map showing the prison and the surrounding areas and facilities. Credit: Syrians for Truth and Justice.

On 20 January 2022, militants of the Islamic State (IS)—identified locally as Daesh—attacked the al-Sina’a Prison, located south of the Ghweiran neighborhood in al-Hasakah city, in northeastern Syria. The prison contained approximately 1000 extremist prisoners, including IS commanders. The attacking militants broke their way into the prison and were joined by hundreds of IS inmates inside.

The offensive unleashed an unidentified number of IS inmates, estimated in the hundreds by different sources, who fled the prison wards into nearby neighbourhoods. On the heels of the initial attack, violent clashes broke out and continued for 10 days, between the Syrian Democratic Forces (SDF) and other security forces affiliated with the Autonomous Administration on the one hand, and IS groups, which either fortified within the prison, or escaped to adjacent neighbourhoods and joined IS cells, on the other. The clashes killed and injured hundreds, including civilians. 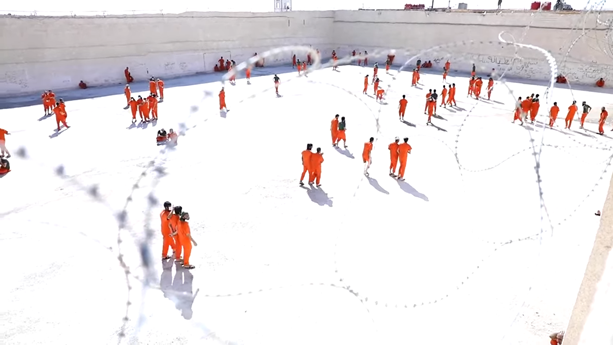 In this report, Syrians for Truth and Justice (STJ) documents the beheading of 10 prison employees and guards, whose bodies were also burned. This information builds on the testimonies of the victims’ bereaved families.

Additionally, the report provides information about improvised, rudimentary military equipment IS inmates made in prison. The objects, discovered following the attack, confirm coordination between imprisoned IS fighters and the attackers outside.

Notably, reports remain conflicted on both the number of IS militants that carried out the attack and IS inmates that fled the prison. However, STJ verified that several of the escaped IS inmates have already arrived in border areas, particularly the region of Ras al-Ayn/Serê Kaniyê, which fell under the control of the Turkish army and allied armed opposition groups during Operation Peace Spring in October 2019. 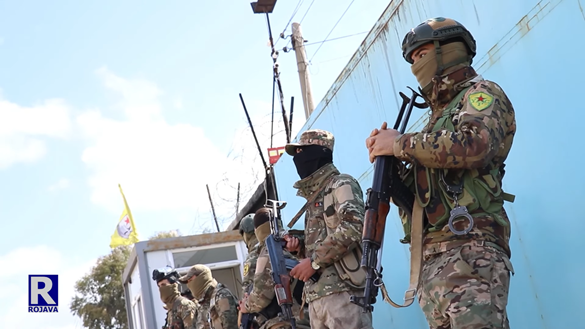 The prison attack rocked nearby neighbourhoods and spread horror among their residents. Both the attack and the response military operation launched to re-establish control over the prison forced dozens of thousands of residents to flee their homes, while several families remained in their homes, struggling in the throes of fear.

In addition to large-scale displacement, the SDF destroyed several houses with armored bulldozers over the course of the military operations as they targeted homes where IS militants had infiltrated and used for fighting purposes.

Between 2019 and 2021, IS inmates organized seven riots at least, all of which had failed.

Earlier in December 2021, the SDF detained the spearhead of an IS cell, called Rashid. Following the arrest, the SDF published Rashid’s confessions, which included many details that bear a stark resemblance to the recent prison attack, pertaining to the use of car bombs to storm the prison and the “liberation” of inmates. 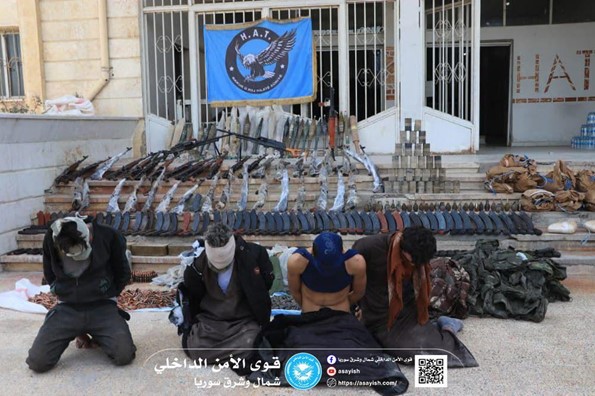 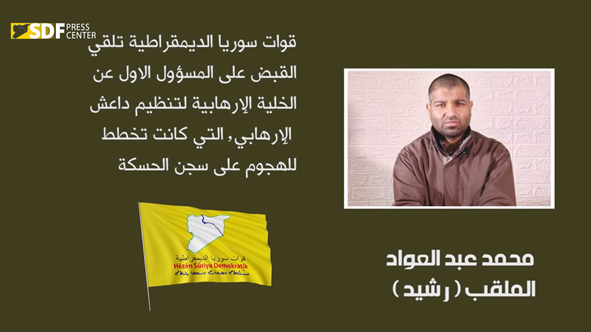 The Location of al-Sinaa Prison

There has been some confusion about the exact location of 2022 January’s attacks, with mixed reports on the assaulted prison due to the fact that the Ghweiran neighborhood hosts two prisons: the Central Prison, and the al-Sina’a Prison, where the attack was carried out. The Central Prison is located in the northern part of the neighborhood. It was built and designed by the Syrian government to be a prison.

The al-Sina’a Prison is located one kilometer away from the Central Prison and was formerly a high school and a vocational education institute. It falls within the range of several other educational facilities such as the Ma’ahad al-Muraqibeen al-Fanyeen (Institute of Technical Observers), the Faculty of Economics, and other centers affiliated with the Syrian government’s Ministry of Higher Education.

The former school was turned into a detention facility, designated for IS militants in the aftermath of the Bāghūz Battle in 2019. Recently, the prison’s facilities were expanded, with the addition of new sections dedicated to detention with funding from the U.S.-led Coalition. Notably, these sections were not in use and did not host any inmates during the last IS riot. 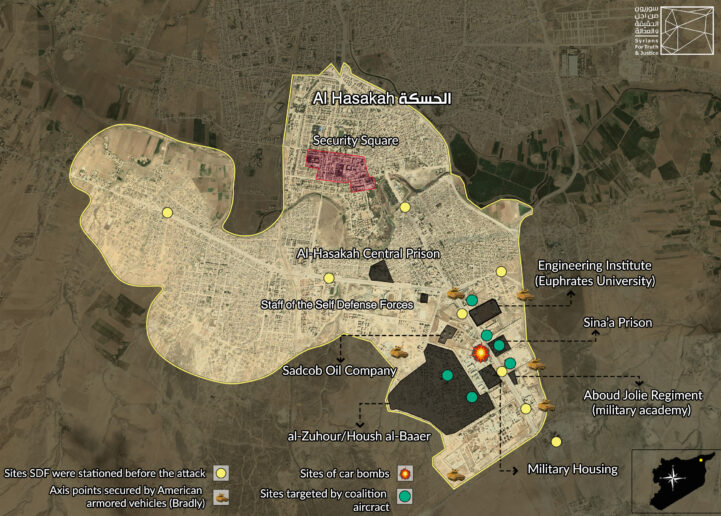 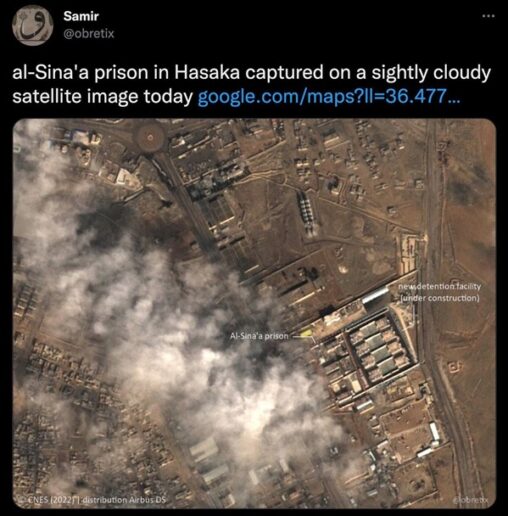 For the purposes of this report, STJ carried out 15 interviews with families of victims, people who fled the prison’s surrounding neighborhoods, and others who stayed in the neighborhood during the attack and bore witness to the ensuing violent clashes.

In addition to interviews, STJ obtained a first-hand account of the location where the clashes occurred. A team of STJ’s field researchers conducted several visits to the site of hostilities and personally examined the damages that befell the prison’s vicinity and civilian houses.

Additionally, STJ’s digital forensic expert matched live images from exclusive footage and videos obtained by STJ and others available in open sources with satellite images to capture the level of destruction and damage to residents’ properties.

NGOs in Syria Call for Immediate Action From...

Joint letter, on the International Day in Support...