Pictures taken from a video clip in which Ali "apologizes"- showing the marks of torture.

On 9 September 2021, footage circulated on social media showing a young Syrian man being tortured by members of the Turkish-backed Syrian National Army (SNA). Later the same day, more footage appeared online in which the same man appeared naked, bearing the marks of torture, and made a forced apology to the people of Deir ez-Zor province.

Syrians for Truth and Justice (STJ) inspected the two circulated videos and investigated the incident. Our researchers discovered that eight members of the 20th Division’s Suqour al-Sunna/al-Sunna Hawks group, led by Hassan Abu al-Nour, arrested Ali Sultan al-Faraj, born in 2001 in Suluk district, Raqqa. The members captured Ali from a café and took him to an abandoned house near the village of Ali Bajliyah, northern Raqqa, stripped him, and tortured him for an hour and a half using cables and hoses. This incident occurred on 7 September 2021 — two days before the footage was published.

The first video, which was 12 seconds long, showed Ali al-Faraj, naked, being brutally beaten while screaming and crying for help. In the second  video, which was 35 seconds, Ali stood naked and said:

“I am Ali Sultan al-Faraj from the village of Balwa of the Suluk district in Raqqa province. I wronged the people of Deir ez-Zor and so I apologize to them.”

The members of Suqour al-Sunna/al-Sunna Hawks group who arrested Ali threw him on a side road near the village of Hammam al-Turkman after torturing him. A passerby helped Ali and returned him to his home in Balwa village.

Image 1: A screenshot from the first footage which showed Ali being tortured.

Image 2: A statement attributable to the Shura Council of the al-Naeem Clan demanding retribution from Suqour al-Sunna/al-Sunna Hawks group of the 20th Division for arresting and torturing Ali.

For its part, the 20th Division, under which the Suqour al-Sunna/al-Sunna Hawks group operates, released a statement on 9 September 2021 denying involvement in Ali’s arrest. Meanwhile, the Military Police published a statement confirming the arrest of five people out of the eight who arrested and tortured Ali. 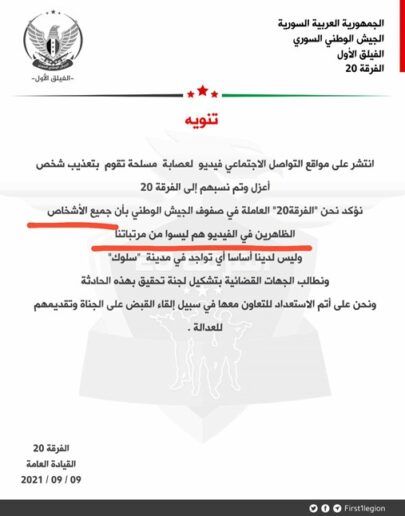 Image 3: A statement attributed to the 20th Division denying its involvement in Ali’s arrest. 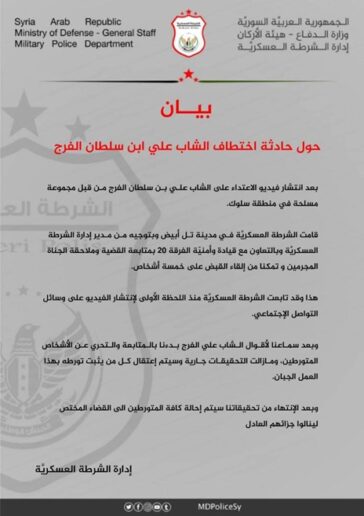 Image 4: A statement attributed to the Military Police confirmed the arrest of five of the eight people who arrested Ali, with the help of the security services of the 20th Division.

The same source confirmed that Ali al-Faraj was arrested following a dispute with a commander in the Suqour al-Sunna/al-Sunna Hawks currently residing in Turkey:

“The commander of the group residing in Turkey[1]  told members under him to arrest Ali and film him apologizing to the people of Deir ez-Zor under torture.”

Local activists circulated photos of five members of the Suqour al-Sunna/al-Sunna Hawks group claiming that they were responsible for arresting and torturing Ali al-Faraj. However, STJ has not been able to verify this information. The source in the 20th division claimed:

“Those who arrested Ali were eight members of the Suqour al-Sunna/al-Sunna Hawks group, five of them were arrested while the three others are still at large. Those members have records of thefts, kidnappings, and arrests for money.”

On 10 September, Ali al-Faraj published a 59 second video in which he discussed his arrest and torture and confirmed that the perpetrators were members of the Suqour al-Sunna/al-Sunna Hawks group. 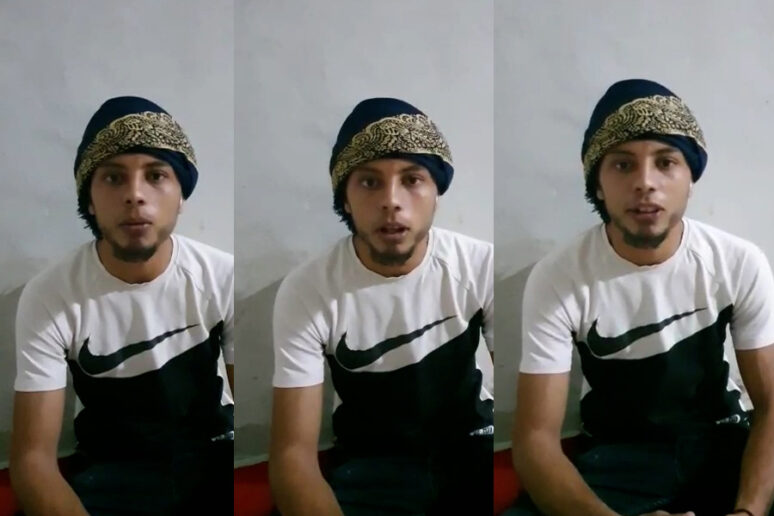 Image 5: A screenshot from a video published by Ali al-Faraj, in which he detailed his arrest incident.

After originally denying its connection to the incident, the Suqour al-Sunna/al-Sunna Hawks group released a statement, also on 10 September, claiming responsibility for Ali’s arrest and torture. 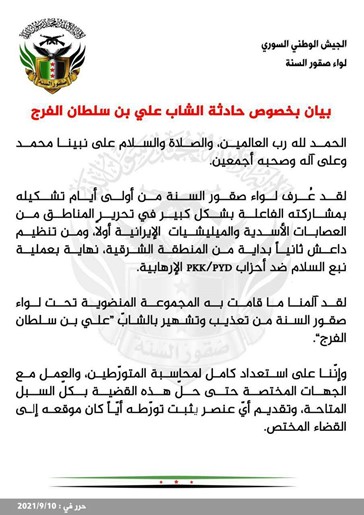 On the following day, the Suqour al-Sunna/al-Sunna Hawks group arrested a civilian from the town of Suluk for criticizing the group’s actions against Ali al-Faraj.

It should be noted that the 20th Division, under which the Suqour al-Sunna/al-Sunna Hawks group operates, has been involved in widespread human rights violations following Turkey’s Operation Peace Spring, launched on 9 October 2019 in northeastern Syria. A joint report presented by the Kurdish Committee for Human Rights-observer and STJ in July 2020 revealed that Syrian detainees were illegally transferred into Turkey by the Turkish government. Investigations showed that the 20th Division, led by Abu Barazan, arrested and kidnapped civilians in northeast Syria following Operation Peace Spring, and then surrendered them into the custody of the Turkish Army, which put them in Hilvan Prison in the Turkish state of Urfa.

Furthermore, a Human Rights Watch (HRW) report, published February 2021, confirmed that many of the detainees who were forcibly transferred into Turkey were sentenced to life in prison. Additionally, the HRW report stated that the Turkish authorities, as an occupying power, are required to respect people’s rights under the law of occupation in northeastern Syria, including the prohibition of arbitrary detention and the transfer of people to their territory.

[1] The source withheld the commander’s name.