Conscripts from the People’s Protection Units (YPG) lured Muhammad Zakaraya Habash, 17, into joining their ranks, refusing the family’s demands to return him home 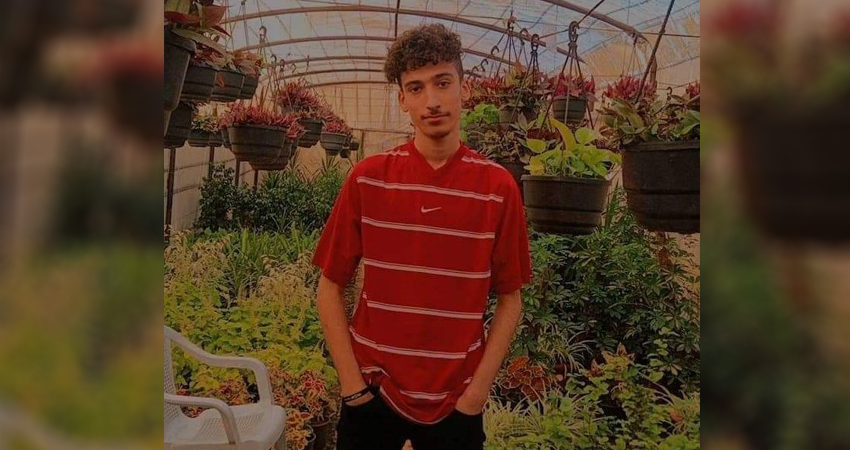 On 13 June 2022, the People’s Protection Units (YPG) operating in Sheikh Maqsoud neighborhood, in Aleppo city, recruited teenager Muhammad Zakaraya Habash. The boy’s family reported that the YPG then deposited him at their Shaqif Military Center.

The family asked to contact their son and demanded that he be returned to his home in al-Ashrafiyye neighborhood. However, their appeals were ignored by the center’s authorities and some of the commanders of the Autonomous Administration in the area.

Commenting on the recruitment incident, locals from the area said that Muhammad, born in June 2005, was unwillingly enlisted by a group of YPG conscripts, who serve under the mantle of the Syrian Democratic Forces (SDF).

The locals said that the recruits “used Muhammad’s previous arrest and maltreatment by armed opposition groups to manipulate and trick him into” joining them. Muhammad was repeatedly arrested in his hometown in Afrin.

To obtain additional details on the case, STJ reached out to Muhammad’s sister. She confirmed that the Levant Front/al-Jabha al-Shamiya arrested Muhammad several times between March and September 2018, when he was still based in Afrin. In detention, the child was subjected to beating, torture, and maltreatment by the opposition-affiliated faction.  The sister narrated:

“When we were in Afrin, and after the opposition armed groups and Turkish forces controlled the area, Muhammad was arrested three times. Every time, he was detained for several hours only. However, he was beaten and tortured. Torture had left its mark on Muhammad’s mental state. His behavior altered, and he became too quiet. This forced my family to move to Aleppo city, hoping to provide him with a better environment. My family moved in September 2018 and has since settled in al-Ashrafiyye neighborhood.”

“After the family relocated to al-Ashrafiyye neighborhood, in Aleppo city, Muhammad returned to school. He was a typical teenager until he surprised us that morning. On 13 June, he called my mother using the phone of a person in Shaqif Center. He told us that he referred to the center and enlisted with them. Later, one of his friends told us that Muhammad was contacting a YPG recruit, who lured him into enlisting. He added that one of Muhammad’s friends always talked about the YPG and encouraged him to join them.”

Muhammad’s sister stressed that Muhammad was manipulated and stirred up by the arrests and beatings at the hands of the opposition factions. She emphasized that he was incited to join the YPG, convinced he would be able to avenge himself.

Muhammad’s family reached out to several YPG commanders in Sheikh Maqsoud, the Shaqif Center, and the Office for the Protection of Children in Armed Conflicts of the Autonomous Administration. They demanded that their child be brought back to his family home, but their efforts were all to no avail. Commenting on her family’s unmet demands, the sister recounted:

“A commander spoke to my father and told him that he serves within the center where my brother stays. He said that my brother told him that he does not wish to return home and that he joined them of his own will. We asked them to return my brother home because he was a minor and could not make such a decision by himself. The commander refused to decommission him. He also denied my family’s repeated appeal to speak to Muhammad privately or even to check on him”

Responding to the common practice of child recruitment, in April 2022, 23 human rights, civil, and feminist organizations jointly called on the Autonomous Administration and the SDF to take serious action to close the file on child kidnapping and recruitment, adhere to their legal and ethical obligations regarding the widespread practice, immediately decommission underage recruits, and hold accountable those involved in child recruitment.