As Supplementary to the First Convoy, a Second U.N. Convoy Enters Duma City in Eastern Ghouta on March 9, 2018

"I was there during offloading the second convoy in Duma, it coincided with the fall of several shells on Duma itself, and warplanes dropping missiles on the populated  Madyara as I saw with my own eyes that warplanes dropped four rockets on the city."

According to a member in the Syrian Arab Red Crescent (SARC), this convoy is a sequel to the previous one that entered on March 5, 2018. The current convoy carries only food items. Fourteen trucks were to be introduced, but only 13 trucks entered.

The World Food Program (WFP) has announced that relief agencies have been able to bring humanitarian aid to Duma in the besieged Eastern Ghouta on Friday, March 9, 2018. Marwa Awad, Communications Officer of the WFP’s office in Syria, said in a statement to the UN News:

"The United Nations and partners, the Syrian Arab Red Crescent (SARC) and the International Committee of the Red Cross (ICRC), reached the Syrian city of Duma in Eastern Ghouta today. This is the second time in a week that we are able to reach Duma. We have introduced the assistance that we had not been able to offload the previous time when we entered Duma early in the week. This assistance includes food items from the Red Cross and the World Food Program. "

Syrian government officials had removed medical and surgical supplies from the first aid convoy that entered Ghouta on March 5, 2018, according to a World Health Organization (WHO) official who told Reuters: "All trauma (kits), surgical, dialysis sessions and insulin were rejected by security.” Adding that some 70 percent of the supplies loaded on its trucks leaving its warehouses had been removed during the inspection."

STJ had published a detailed report  entitled “Scantiness of Humanitarian Assistance Compounds the Tragedy of about 400 Thousand People Trapped in Eastern Ghouta”, speaking about the daily lives of up to 393, 000 trapped in Eastern Ghouta cities and towns, which were subjected to brutal military campaign on February 18, 2018. 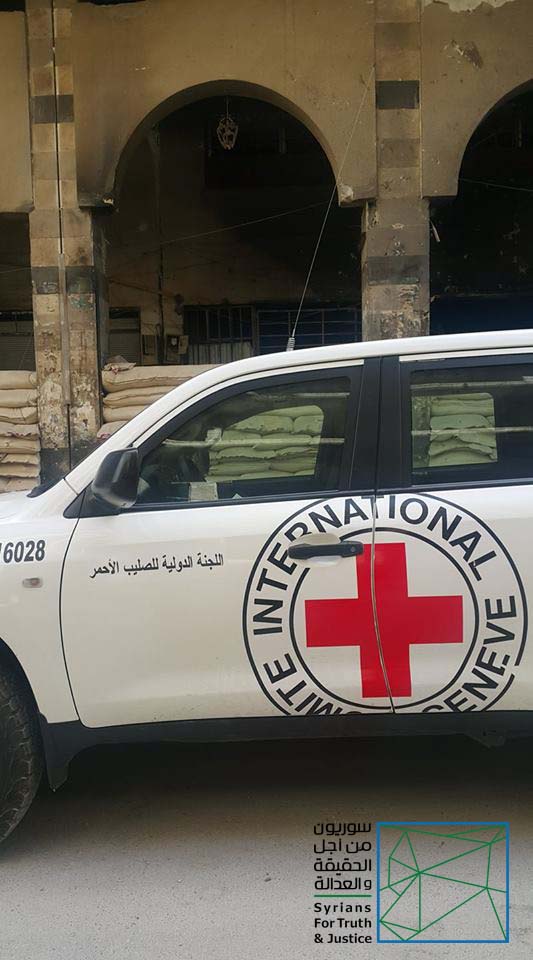 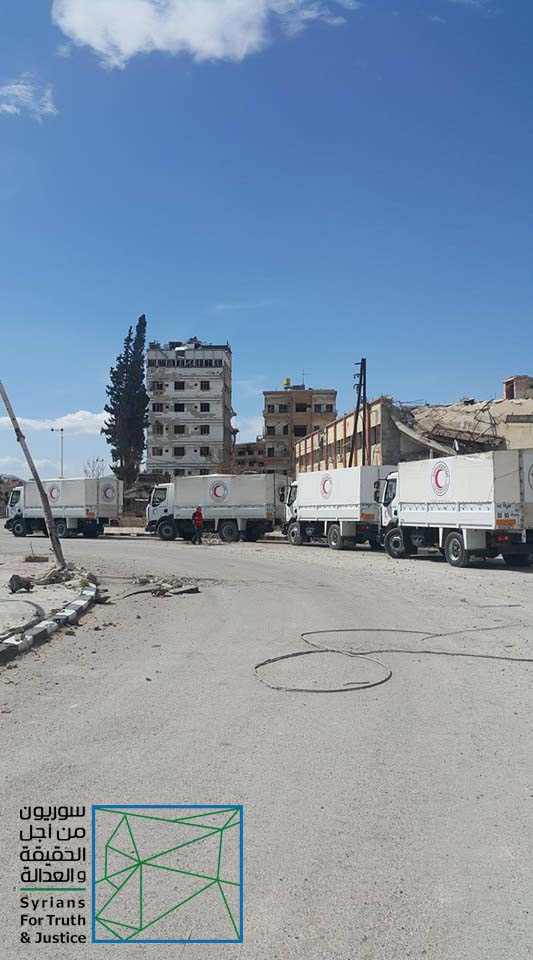 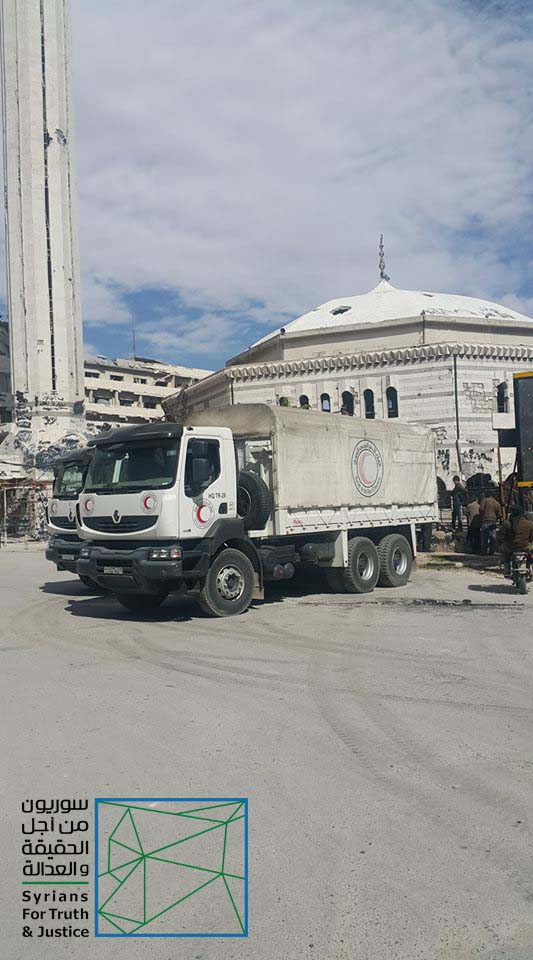 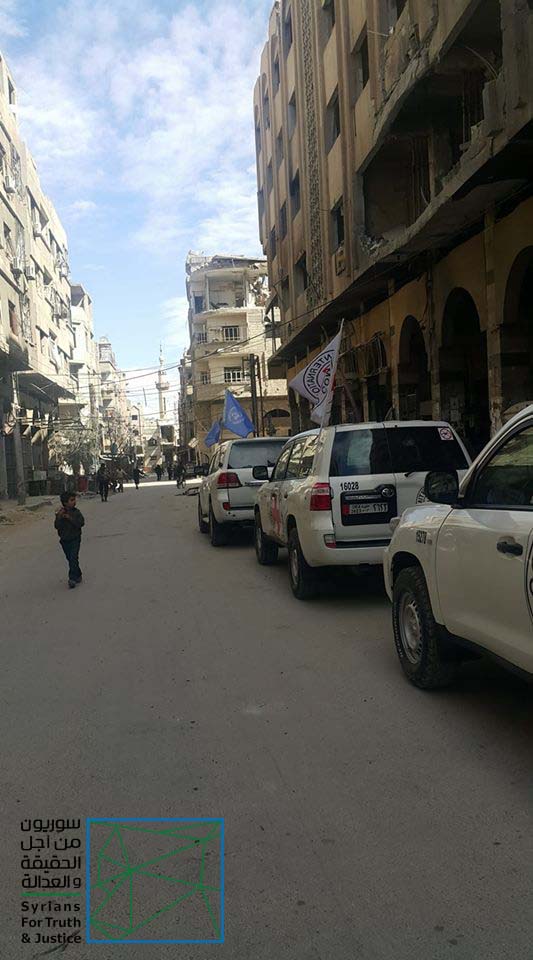 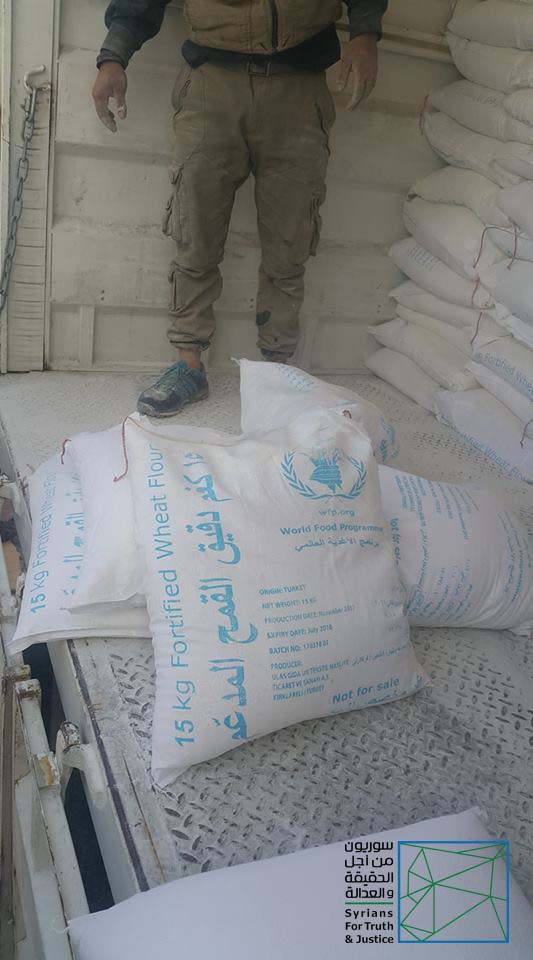