The Flooding Blocked the Route between the two Camp Sides and Drown Kids’ Playground, on December 20, 2018

In the wake of the flooding of Afrin River, IDPs in Deir Ballut camp in both Afrin and Jindires sides are afraid they’ll drown in high river-levels due to heavy rains, which is threatening the very existence of the camp’s both parts, divided by the River. As in the morning of December 20, 2018, the rising level of the River caused rout cut between the two camp sides and an IDP was about to drown while trying to cross. However, the IDPs’ continual calls to the camp management for the camp to be relocated away from the river, remained unanswered, according to a testimony obtained by STJ.

Ahmad, a resident of the camp, said to STJ:

"At about 11:00 am, Afrin River’s water level rose to one and a half meter, inundating the playground, and cutting the rout between Al-Mahmoudiya and Deir Ballut camps completely. Thus, it was a shock to see a young man trying to pass through, he was about to sink but fortunately he survived after hanging on to tree branches. The river water level is stable now, but in case it rains, the tents will be washed away."

Following the river flooding, only few families left the camp to safer areas, as the majority couldn't afford it.

The concerns of camp residents were amplified as a result of what had happened, as they are in fear of an expected rainstorm which would drown their tents, especially those at the wire fences surrounded the two parts of the camp. People in the camp held an hour-picket, as they do every day since the establishment of the camp, and rose signs demanding: them to be let into Turkey, the camp to be relocated or the tents to be replaced with caravans. Previously, camp residents conveyed their fears to the camp management, of the occurrence of such flooding incidents, but their warnings have gone unheeded. 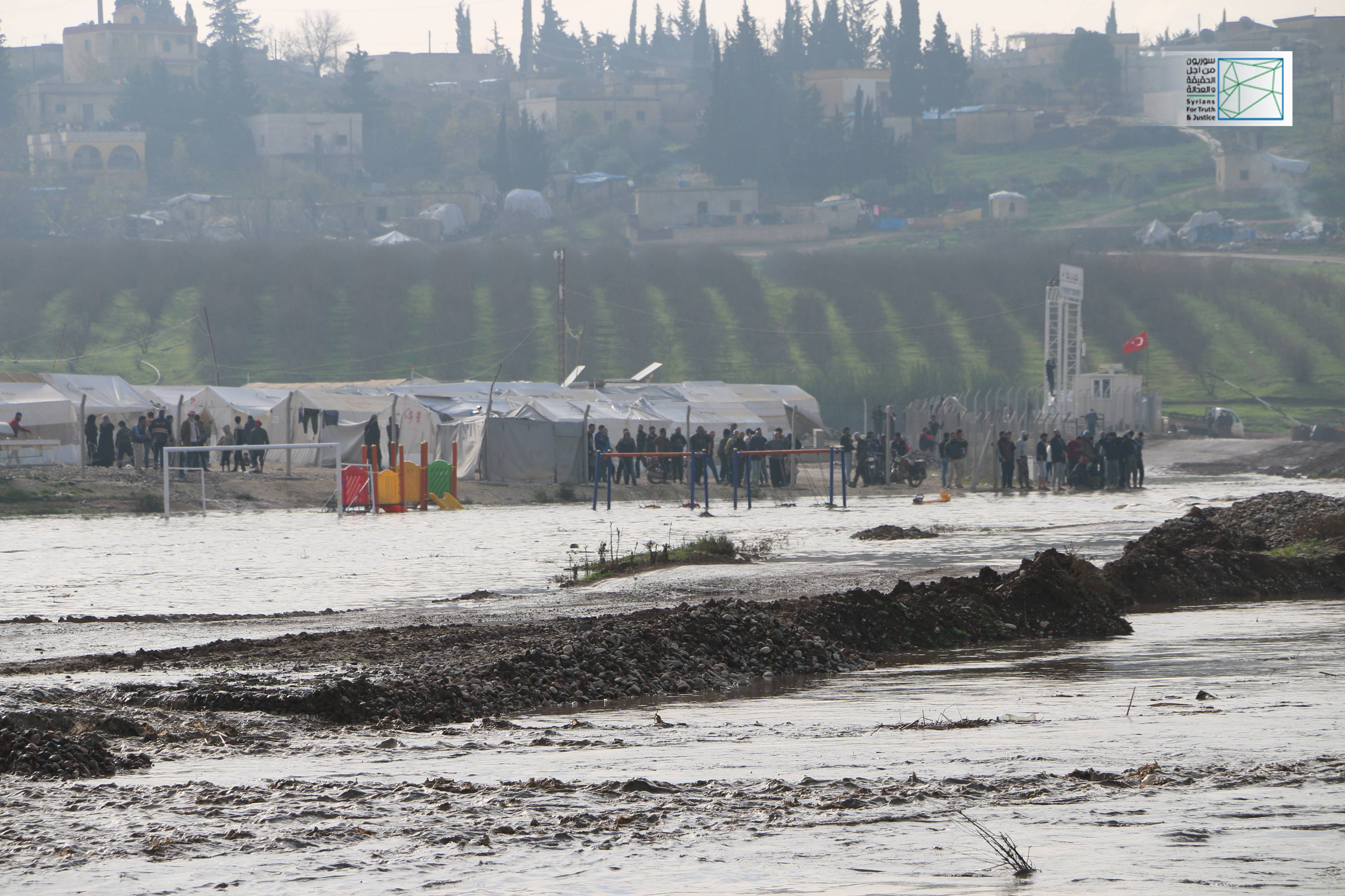 On the humanitarian situation in the camp, the witness said that the route being cut by the flood, made it impossible for the patients to reach the dispensary in the Mohammadiyah camp, and led to the suspension of the teaching prosses until the weather gets better.

Earlier, the camp witnessed a death due to freezing weather and lack of healthcare, amidst the dire humanitarian conditions.[1]