The Turkish government is seeking to expand its military influence in Idlib province by forming local military proxies, which receive funding and orders from them

Fighter of the Turkey-founded Auxiliary Forces stationed near the Taftanaz Air Base in Idlib province. Credit: STJ.

Turkey is directly overseeing the affairs of the newly formed military group, which has been connected to command-level officials in the Turkish army. Moreover, the group receives extensive support from Turkey and is trained by Turkish officers on handling Turkish heavy weaponry.

Turkey’s attempts to ramp up its military presence in Idlib are part of its larger intervention in the area. Turkey first presented itself as a guarantor state to the de-escalation agreement and set up various observation posts to this end. However, the agreement proved a massive failure after the Syrian-Russian forces managed to advance to positions beyond the de-escalation lines demarcated by the observation posts, which Turkish forces eventually evacuated. Turkey formed the Auxiliary Forces on the heels of another agreement, called the Moscow agreement. The Moscow agreement calls for a ceasefire in Idlib and was signed by Turkish President Recep Tayyip Erdoğan and his Russian counterpart Vladimir Putin in March 2020.

The formation of the Auxiliary Forces started inside Syria in April 2020. However, STJ recently obtained access to detailed information about the military groups’ structure, manpower, command, and the local armed groups which constitute it. Structurally, , the Auxiliary Forces  is comprised of as many as 11 brigades, with their manpower totaling 13200 Syrian recruits. Each of these brigades is in turn divided into four battalions, each composed of 300 recruits.

In terms of command, while apparently joint, decision-making is exclusively retained by Turkish commanders. Each brigade is assigned a Syrian commander, who follows the instructions of a directly superior Turkish commander. The same hierarchy applies to battalions. Both brigades and battalions are given names identical to the Turkish military formations that oversee their activities, such as the 47th Brigade.

Turkey provides full financial support to the Auxiliary Forces, including weapons, outfits, food supplies, and monthly salaries. Each recruit is paid a monthly salary of 600 Turkish Liras (TL), amounting to 85 USD. Recruits attend military training programs at the al-Mastumah Camp and the Taftanaz Air Base. Turkish officers run the programs and train the recruits in handling Turkish military machinery.

The Auxiliary Forces are assigned a wide range of tasks, but all within the field of protection and guard services. The group’s recruits stand guard at the external components of Turkish guard posts, set up checkpoints on roads leading to these posts, stand guard within other Turkish guard posts on the M4 International Highway, accompany Turkish military convoys while entering and leaving Syria, and provide protection to Kafr Lousein Border Crossing, reserved for the entry of Turkish military equipment and forces.

Below, STJ includes four photos of one of the Auxiliary Forces’ camps in Idlib province, near the Taftanaz Air Base. 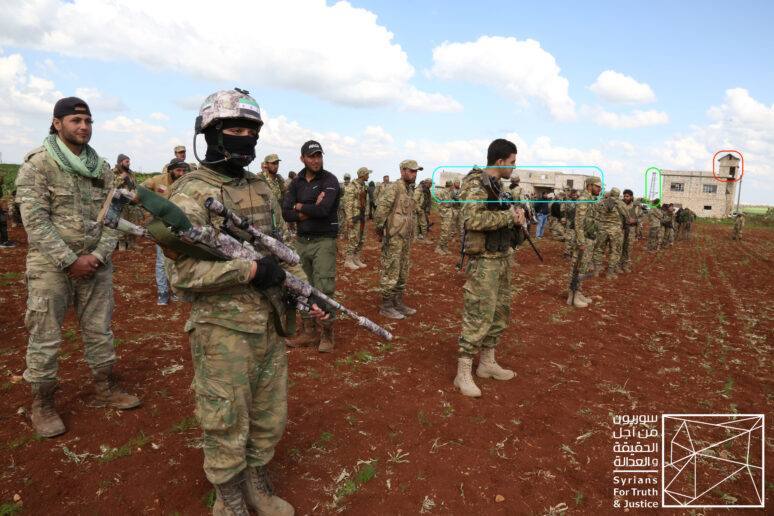 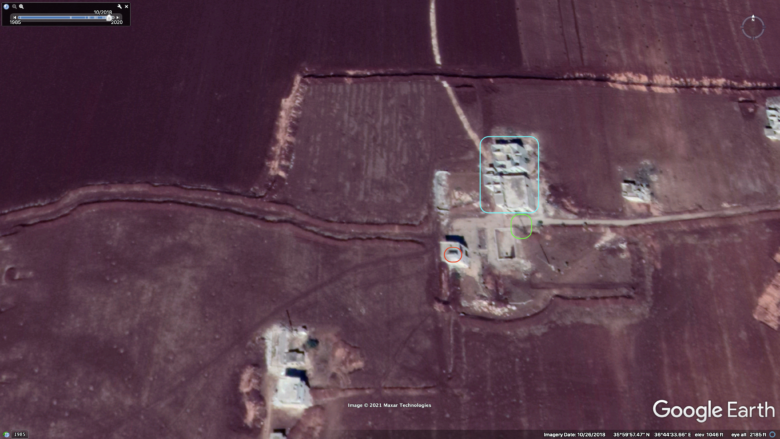 Image 2 – A satellite image of one of the Auxiliary Forces’ camps in Idlib province, near the Taftanaz Air Base. 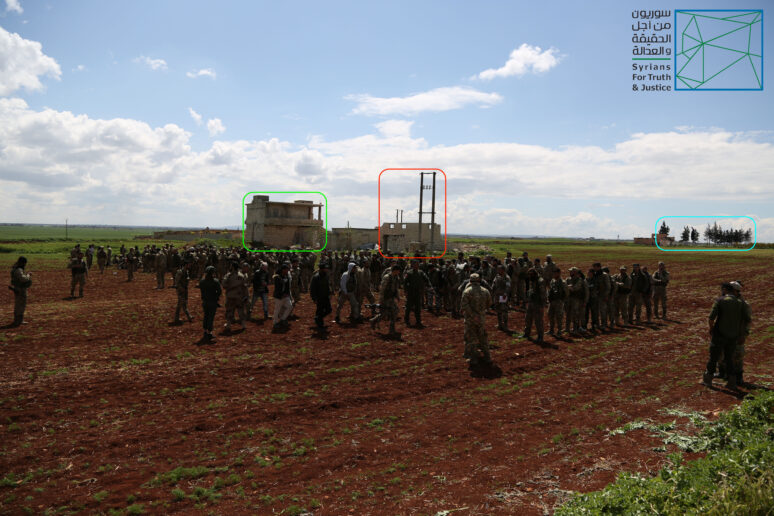 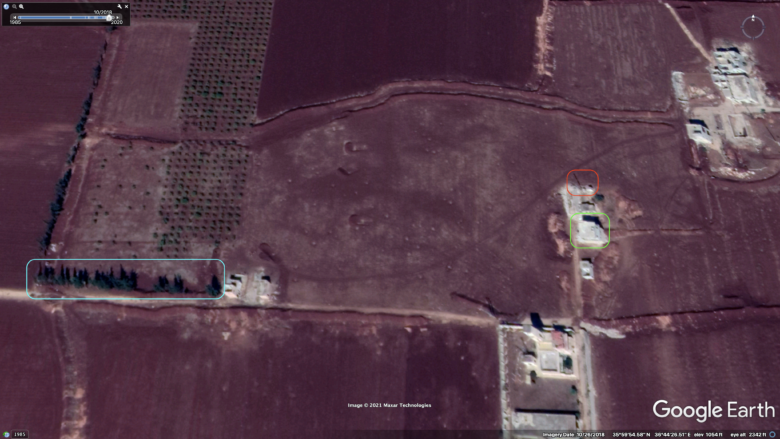 Image 4 – A satellite image of one of the Auxiliary Forces’ camps in Idlib province, near the Taftanaz Air Base.

[1] The military group Tajamu Dimashq was formed in 2017 under the command of Abu Adnan Zabadani. It includes fighters displaced to Idlib from Damascus and its countryside. The group was first initiated to spare these fighters the necessity to enlist with Idlib’s operative military factions, which at the time were involved in a continuous state of war against each other.

[2] The 21st Division is an affiliate of the third legion of the Syrian National Army (SNA). Most of the division’s recruits hail from the southern parts of Idlib province.

[3] A part of the Liwa Samarkand (Samarkand Brigade) fighters was relocated from Aleppo province to Idlib to be integrated into the new Turkey-founded military formation.