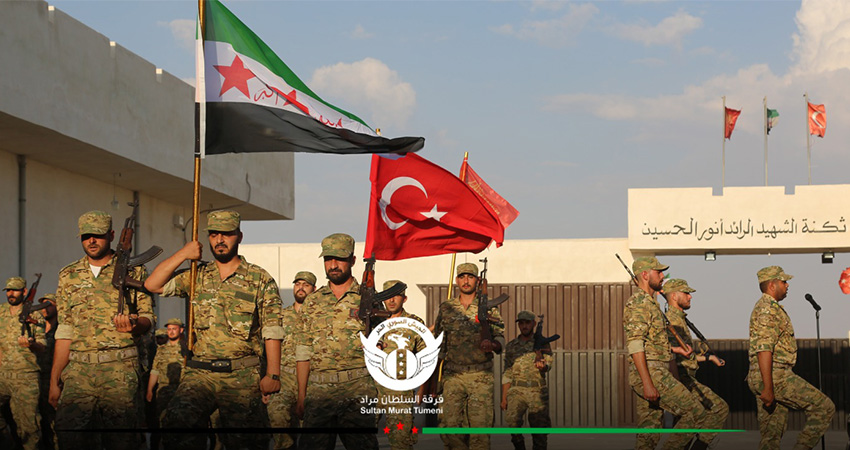 Over two and a half years ago, several sides started deploying Syrian fighters to Libya to join combat as mercenaries besides the two warring parties. The current number of these recruits amounts to nearly 3000 mercenaries.

In this report, Syrians for Truth and Justice (STJ) presents information confirming that several of these mercenaries, particularly those enlisted and transported by Turkey, have been engaging in a variety of violations against Libyan civilians within their operation areas, especially in the city of Tripoli.

The information STJ obtained demonstrates that deployed Syrian fighters maintain strong ties with local armed Libyan groups, and are taking up duties within these groups, including participation in looting civilian houses, imposing royalties on some shops, and pillaging others.

Notably, the two major mercenary recruiters, the Turkish SADAT Security Company and the Russian Wagner Group keep the recruits stationed in Libya even though combat ceased and warring parties had lately announced the formation of a new Libyan government.

The continued presence of mercenaries is at odds with UN calls to withdraw all foreign forces from Libya and repeated emphasis that such presence poses a grave threat to Libya’s fragile peace and stability and risks furthering insecurity in the region.[1]

For the purposes of this report, STJ reached out to several Syrian fighters stationed in Tripoli city and its vicinity. The testimonies fighters provided confirm that a large similarity can be traced between violations perpetrated against Libyan civilians and those committed in Turkey-held areas in northern Syria.

For the most part, the perpetrators in Libya carried out large-scale lootings of civilian houses, robbing their contents, including cash, gold, and furniture.

Additionally, the fighters converted several of the houses into military centers and housing units, while they vandalized and damaged others, coerced owners to abandon their properties, and seized them.

Other documented violations include military activities within civilian areas. The fighters participated in clashes with Libyan armed groups in marketplaces crowded with civilians, stormed civilian institutions, and threatened employees there for money.

To obtain details on the violations, STJ spoke to three fighters stationed in different Tripoli neighborhoods and serving within different military groups. Each of the sources provided examples of the violations recently committed by the groups they are affiliated with.

The first source is a fighter within the Suleiman Shah Brigade (also known as al-Amshat). He narrated:

“Fighters started joining the ranks of armed Libyan groups after our salaries were deducted and delayed. Several fighters are paid monthly salaries by these groups and bonuses. They perform tasks such as armed robberies and partaking in clashes against other Libyan armed groups.”

“For instance, in the afternoon, on 15 June 2022, the Libyan SSA stormed the Directorate of Taxes in Tripoli city and detained the director, Hisham Mqaiq, and led him to one of their prisons. Within the group, there were eight fighters from the [Syrian] Ahrar al-Sharqiya/ Free Men of the East. They participated in the aid and the arrest operation.”

“The raid was carried out because Hisham Mqaiq repeatedly refused to cooperate with the SSA’s commander. The commander asked Hisham to exempt people close to him from taxes, in return for which Hisham could withhold shares of the money. The commander had also asked Hisham to pay royalties or a specific percentage of the taxes the directorate collected from Civilians. However, Hisham refused to cooperate with him.”

The source stressed that several fighters serving within a sub-group, led by Abu Mahdi al-Hayes and operating under the flag of the Syrian faction Ahrar al-Sharqiya/ Free Men of the East, had joined the SSA, commanded by Abdel Ghani al-Kikli, known as “Gheniwa”, who in turn functions under the command of Haytham al-Tajouri.

Covering the activity of the SSA, Amnesty International documented the apparatus’ responsibility for unlawful killings, arbitrary detentions, interception and subsequent arbitrary detention of migrants and refugees, torture, forced labour, and other shocking human rights violations and crimes under international law.

The second source, who is a fighter within the ranks of the Sultan Murad Division, said that 35 Syrian fighters from the provinces of Homs, Idlib and Aleppo have joined al-Nawasi Brigade, led by Mustafa Qaddour. These fighters participated in attempted shop seizures and a marketplace shooting. The source recounted:

“On Friday, 10 June 2022, a group of the al-Nawasi Brigade headed to al-Thulathaa (Tuesday) marketplace, which crowdedness resembles that in marketplaces in my city of al-Bab. The fighters intended to expropriate four shops, on the pretext that their owners are loyalists of [Field Marshal Khalifa] Haftar. The group included Syrian fighters. The shop owners asked for help from their relatives, who are fighters within another Libyan armed group, Brigade 444. The two groups engaged in violent clashes and there was shooting even though there were civilians in the marketplace. Terror dominated. The clashes injured three women and two children. Fighters from both groups were also injured, including a fighter from Homs, whose name is Mustafa al-Nua’mi.”

“The status of Syrian fighters here echoes their status in Afrin. They have become mere gangs. Various violations are perpetrated against civilians.”

The third source is a fighter with the Suleiman Shah Brigade (also known as al-Amshat). He said that he joined Libyan forces several times as they disengaged clashing Libyan armed groups. He noted that there were Syrian fighters among these groups.

The source confirmed that several Syrian fighters looted civilian homes, and robbed money and golden jewelry. They targeted civilians that had left their houses temporarily, feeling these clashes. The source recounted:

“Libyan groups engage in clashes every now and then. We are often deployed to end these clashes, along with a group of Libyan government forces. These clashes occur in residential neighborhoods, displacing civilians, who are forced to flee temporarily. Then, several Syrian fighters enter those houses alleging they are searching for arms or for wanted persons. They steal expensive contents. In fact, Libyan people are rich, and their houses mostly contain cash and jewelry. These thefts happened especially in the area surrounding the al-Thulathaa (Tuesday) marketplace.”