September 5, 2022 125 views Download as PDF This post is also available in: Arabic Font Size A A A 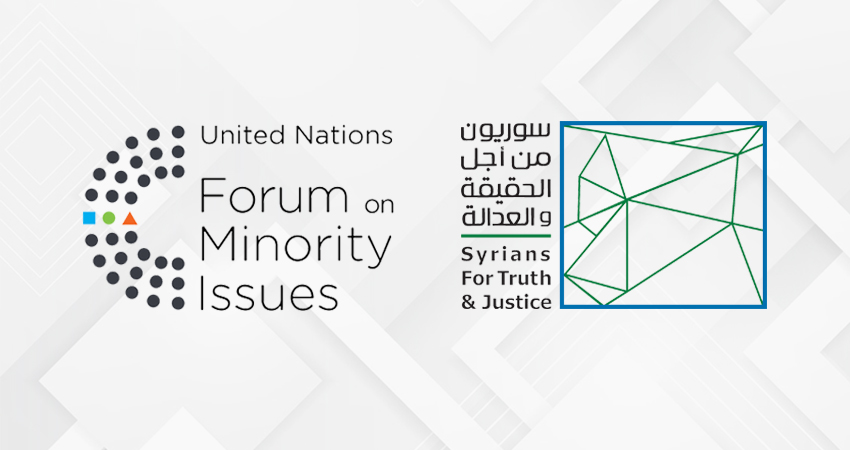 In September, the United Nations (UN) is organizing a regional conference to mark the 30th Anniversary of the UN Declaration on the Rights of Persons Belonging to National or Ethnic, Religious and Linguistic Minorities (1992-2022) by undertaking a critical assessment of its problem-solving capacity through a gap analysis. The conference will be held online on 6-7 September 2022, with the support and cooperation of the Kingdom of Morocco.  As part of our work to improve the human rights situation in Syria and in advance of the regional conference, Syrians for Truth and Justice (STJ) recommends: