In this joint report, 18 incidents of crop looting and land seizure are documented, as perpetrated by members of the opposition-affiliated Syrian National Army (SNA). These seizures occurred in Ras al-Ayn/Serê Kaniyê and Tal Abyad between April and August 2020

This report documents 12 incidents of crop thefts and confiscations and six incidents of forcible expropriation/seizure of lands across the Operation Peace Spring territories. These incidents have occurred between April and August 2020.

Confiscated from over 2000 dunums of cultivated lands in Tal Abyad and more than 15,000 dunums in Ras al-Ayn/Serê Kaniyê, the crops included wheat, barley and corn.  The confiscations were perpetrated by six of the chief armed groups operating under the opposition-affiliated Syrian National Army (SNA). These are:

These abuses affected landowners from various ethnic and religious backgrounds. In addition to the confiscation of crops cultivated by the area’s Arab and Kurdish farmers, the expropriation of lands owned by Christian citizens, some of whom are Assyrians, and others belonging to individuals of the area’s Yezidi minority, were documented. The people subjected to these property violations all belong to the area’s indigenous population.

The testimonies and information obtained by STJ confirmed that large amounts of the confiscated crops were sold to Turkey through the Turkish Grain Board/Toprak Mahsulleri Ofisi/TMO. The crop sales were unmediated, conducted directly by commanders of armed groups or the al-Sanable Company, run by al-Jabha al-Shamiya/Levant Front.

The Front maintains monopoly over the marketing and the sale of crops to Turkey, particularly those cultivated in Tal Abyad. In Ras al-Ayn/Serê Kaniyê, it is the newly opened TMO office that is carrying out sale transactions.

Following Operation Peace Spring in the area, from which the US-led coalition against the Islamic State (IS) withdrew, the territories stretching from Ras al-Ayn/Serê Kaniyê to Tal Abyad were controlled by the Turkish army.

Armed groups of the SNA divided these territories among themselves. The al-Jabha al-Shamiya/Levant Front, the Faylaq al-Majd/Glory Corps, and Ahrar al-Sharqiya (Free Men of the East) took over Tal Abyad, while the Sultan Murad Division and the al-Hamza/al-Hamzat Division predominated in Ras al-Ayn/Serê Kaniyê. Other armed groups, including Jaysh al-Islam/Islam Army and Faylaq al-Rahman/al-Rahman Legion, as well as the Northern Hawks Brigade, Mu’tasim Division, and the 20th Division of the Sham Legion/Faylaq al-Sham, operating under the 2nd Legion of the Syrian Interim Government’s SNA, were also stationed in the area in smaller numbers, however.

In the areas in question, the Turkey-backed armed opposition groups have committed several violations against residents. In addition to arbitrary arrests, home and shop seizures, the said groups either seized or looted public buildings and properties. The groups have even seized the areas’ strategic grain storage and sold parts of it to Turkey.

Covering the violations committed in Ras al-Ayn/Serê Kaniyê and Tal Abyad, STJ published a series of reports, including one on grain confiscations on 22 July 2020.[1] 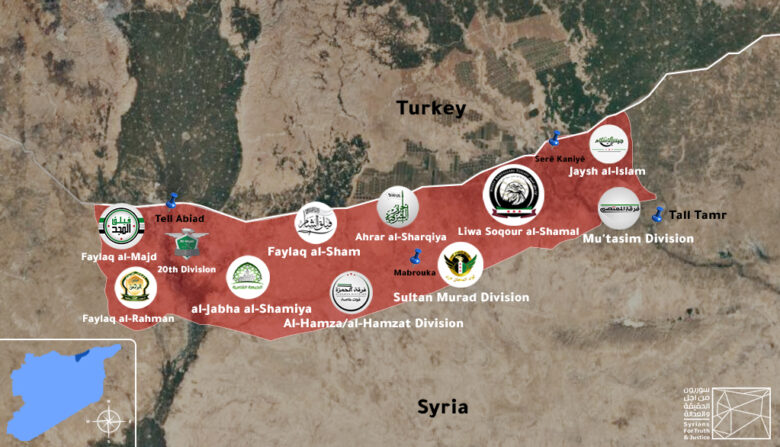 Image 1—Map of the areas were armed groups of the Turkey-backed Syrian National Army (SNA) spread.

A number of armed opposition groups confiscated 2020’s yield of grains, harvested from early April to late May, which even took a few more days in other areas depending on the type of grain cultivated and the date of cultivation. The confiscations were carried out through the force of arms and/or under threats of death, arrest, eviction from the area. STJ documented 18 crop looting incidents, as well as seizure of agricultural lands and real estate annexed to them that are all owned by the area’s farmers.

One farmer/owner at least has been coerced into signing/providing his thumbprint on cession documents and/or outright sale contracts. Other five farmers/owners were forced to abandon their properties without any of their belongings or equipment. The involved armed groups have also arrested one landowner and persons who worked in another land.

It ought to be mentioned that the above-reported violations were committed against landowners and workers from a number of the area’s ethnic components; Arabs, Kurds, Assyrians, and Yazidis. In some cases, the owners were residents of the targeted areas, particularly Ras al-Ayn/Serê Kaniyê; in others, the victims were internally displaced persons (IDPs).

For the purposes of this report, STJ and Hevdestî-Synergy have conducted over 19 interviews either with affected landowners themselves or their close relatives, in addition to members of the SNA and local activists.

The report also draws on information collected and verified by STJ’s and Synergy’s field researchers.

Furthermore, the report includes an account delivered by an SNA commander, who neither denied nor confirmed the incidents recorded herein.

The interviews with the witnesses were conducted either online or in person between 20 April and late December 2020.

You may read & download the full version of this report (24 pages), by clicking here.