Families of the missing have been struggling with pain and uncertainty for months, even years, amidst the local authorities’ failure to take meaningful protection measures

For years, the provinces of Idlib and Aleppo have been hotspots for disappearances and missing person cases. Dozens of loved persons are reported missing monthly, disappearing under circumstances that often remain unknown even to the de facto authorities of Hayat Tahrir al-Sham (HTS) and the Turkey-backed Syrian National Army (SNA), which control the majority of the areas across these two provinces.

Even though disappearances are not a new occurrence in these areas, de facto authorities have not taken any serious measures to address the growing phenomenon, failing to provide the populace with minimum levels of safety and security. In addition to deficient administrative performance, investigations into several missing person cases confirmed that the perpetrators were armed groups affiliated with these authorities.

While several of the reported cases remain unsolved, neither the victims nor their families have been given sufficient humanitarian attention or media coverage, according to family reports. Families are left to suffer in the throes of uncertainty and lack of closure for months, and even years, while search efforts are primarily limited to individual initiatives that lean on almost non-existent resources.

To shed light on this issue, Syrians for Truth and Justice (STJ) interviewed Hassan al-Mohsen, an employee of the Office of Injured and Disappeared Affairs, an entity concerned with documenting disappearances and cases of missing persons in areas held by the HTS and the opposition SNA. Al-Mohsen narrated:

“Some of the disappeared were kidnapped for ransoms; others were disappeared over tribal disputes or due to reprisals between families, or sectarian groups. The fate of many of these persons remains unknown. Sometimes, particularly in cases of abductions, the kidnapped persons are returned. Therefore, it cannot be stated with certainty that every missing person is detained by one or the other side.”

Over 2021, the office documented that 731 persons, among them 91 children, were reported disappeared or missing. Out of the total number, 588 returned, while the remaining 143 are still reported missing.

In January 2022, the office documented 79 cases, among them nine children, who were reported as disappeared or missing. In February, the office recorded 59 other cases. All the missing persons remain unaccounted for.

In this report, STJ narrates the details of two disappearance cases, responding to the pleas of their families, and attempting to raise awareness about the disappearances of their loved ones.

STJ calls on the local authorities to put serious measures in place to address the disappearances and support the devastated families.

On 19 May 2018, all traces of Usama Bassam Shwaiki and Usama Radwan Radwan were lost. Both victims went missing on their way from Ma`arat al-Nu`man city, south of Idlib, to Afrin region, where they were planning to seek jobs.

Shwaiki and Radwan left their city at 6:00 a.m. They headed for Idlib city, where they were supposed to meet a relative, and then together set off to Afrin.

They did not meet their relative that day, their trail went cold, and they remain missing today.

Radwan is Shwaiki’s father-in-law, and they both hail from Eastern Ghouta in Damascus Countryside. Along with thousands of their area’s civilian residents, they were forced to abandon their homes and seek refuge in Idlib province after the Syrian government forces took control of the area.

The two men went missing less than two months after they settled down in Ma`arat al-Nu`man city.

The families of the victims started an extensive search operation, believing that the two men likely went missing before reaching Idlib. They extended the search scope beyond their local borders, reached out to members and commanders in the areas held by the Turkish army and the SNA, and people and members in the areas controlled by HTS. The families also referred to makeshift clinics and police departments, but all their efforts were to no avail. 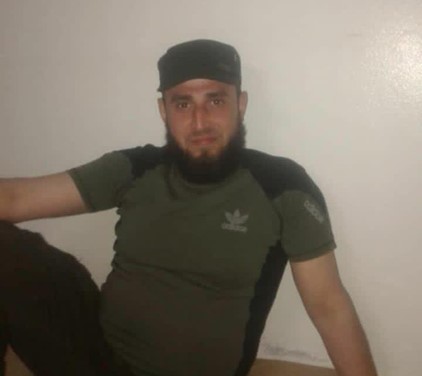 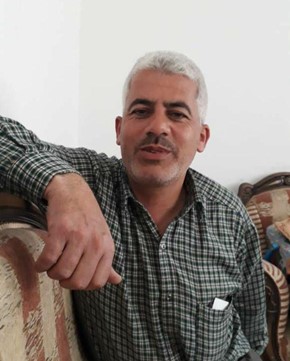 On 24 June 2015, Qusai al-Saloum went missing on his way from home in Qunaya village to Jdayde village in Jisr al-Shugur area, in Idlib province. Al-Saloum was taking the agricultural road between the two villages.

Tariq, a friend of al-Saloum, told STJ that the victim was on his way to the Majlis al-Qadaa (Judiciary Council) of the then al-Nusra Front (Jabhat al-Nusra). He wanted to get back confiscated equipment that belonged to Jisr al-Shugur Local Council and obtain a permit to continue the council’s work. The friend added:

“At sunset that day, news spread that Qusai was missing. With several people from the village, we searched the road between the two villages, back and forth, but we found no trace of Qusai. We also searched for him in the makeshift clinics across the area and reported him missing to the Civil Defense   teams, the police station, and the security service of al-Nusra Front. Still, we did not find any clues. We were so desperate that we even asked whether he was in any of the prisons of the Free Syrian Army or the Islamic factions. They all denied having him.”

Some of the area’s people accuse Abu Omar Turkmani, the officer in charge of the Office of the Security Service of the former al-Nusra Front, of arresting and disappearing al-Saloum. They based these speculations on former disputes between al-Saloum and Turkamni. Additionally, Turkmani confessed that he met al-Saloum while on the way back to his village but denied the arrest accusation. Turkmani even said that he offered al-Saloum to return him the seized equipment before each went his own way.

Al-Saloum has been missing for seven years. His two little girls are still waiting for any piece of information about their father’s fate, living with their grandmother, with no one to support them financially. 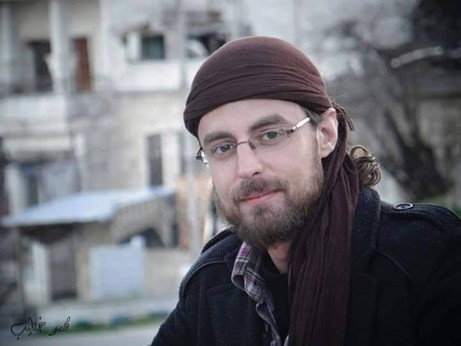