Geneva: An Oral Intervention Presented to the Annual International Forum on Minorities

December 5, 2022 68 views Download as PDF This post is also available in: Arabic Font Size A A A 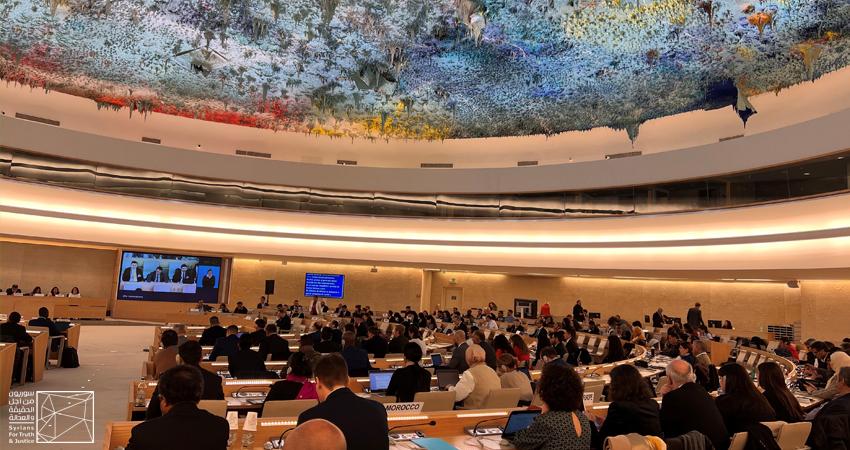 My name is Bassam al-Ahmad. I am here on behalf of Syrians for Truth and Justice (STJ), a Syrian organization concerned with documenting human rights violations perpetrated by all parties in the conflict.

In parallel with this international forum, and as we speak about minority issues, the population in northern Syria, including Syrian Kurds and other minority groups, struggles with an existential threat, arising from Turkey’s new intended incursion into the area. This incursion will likely be as brutal as the Turkish military’s previous operations, “Olive Branch,” which targeted the Afrin region in 2018, and “Peace Spring,” which targeted the cities of Ras al-Ayn/Serê Kaniyê and Tal Abyad in 2019.

Notably, the Turkish military is not the only perpetrator of the violations documented during and after these operations. The International Commission of Inquiry has corroborated that Syrian armed opposition groups, operating under the Syrian National Army (SNA), are equally involved in systemic crimes aimed specifically at Kurdish communities.

Therefore, we call on the United Nations and international bodies to focus on the violations committed in northern Syria by all parties, combat impunity and ensure accountability, exert pressure to end the military escalation in the area and prevent Turkey from launching a new invasion.

Under the forum’s theme for the year, bridging gaps, reviewing, rethinking, and reforming the Minorities Declaration, the main recommendation we would like to offer is that the forum set up a comprehensive action plan. This plan shall be geared towards adopting an international treaty on minority rights, inspired by the Declaration, to be binding on all countries known for their diversity, including Syria, Turkey, Iraq, and Iran, among other countries in the region.

Thirty years into the Declaration, and given all the systemic existential targeting of minorities across the world, and particularly in the Middle East, pressing for such an international treaty becomes the natural and legal context for a more coherent action to protect these minorities and their rights, and to ensure their effective participation based on equal citizenship.