The arrests took place in five of the seven districts of Afrin; only 13 were released 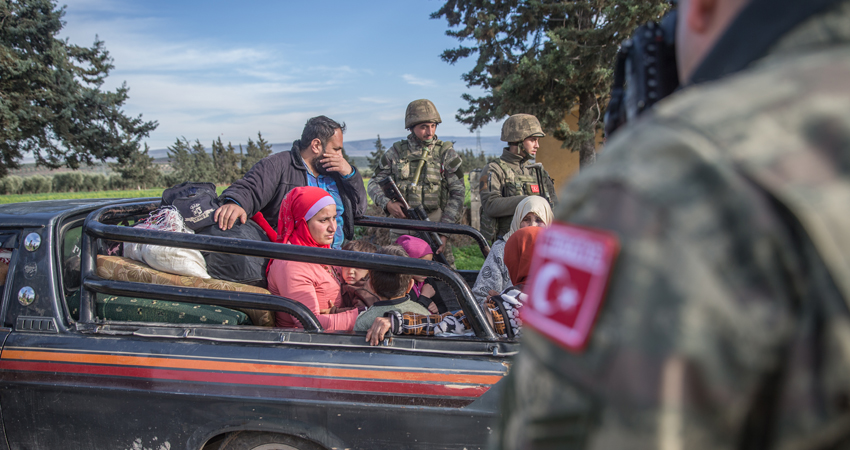 STJ continues to document the ongoing arrests by the National Army- of the Interim Syrian Government- and its organs in Syria’s Kurdish-majority city of Afrin. In March 2020, more than 43 people, including 5 women, were arrested on various charges. However, 12 of them, including two women, were bailed out, others were transferred to central prisons, while the fate of the remaining 31, among them three women, is still unknown as of the date of this report.

STJ would like to note that the Afrin districts covered in the arrest statistics it made in March 2020 were; Afrin, Jindires, Sharran, Rajo and Maabatli, while it couldn’t document those made in Shaykh Al Hadid and Bulbul.

Many locals and witnesses confirmed to STJ field researchers that the arrests were made arbitrarily and did not respect due process. Besides, those arrested hadn’t been informed of the charges against them by written notices or orally, nor their families.

It’s important to note that on March 31, 2020, the Directorate of Security of Afrin-affiliated to the police force and the national general security- decided to arrest Rami Tlas, the Afrin Security Director, on corruption and sexual harassment charges and he was taken to Ankara for investigation.

The district of Afrin witnessed the arrest of 16 people, including five women during March 2020. Two men and two women of them were released, while the other 12 are still unaccounted for as of the date of this report.

In the same context, the media and human rights organization Ezdina published information confirming the arrests of Yezidi women and girls during March 2020 and earlier months:

Jindires district witnessed the arrest of three people by the Military Police and the Ahrar al-Sharqiya group, who released two of them later but concealed the fate of the remaining one:

The Civil Police, the Military Police, the Levant Front and the Suleiman Shah Brigade conducted 14 arrests against young men in the district of Maabatli; only three were released while the fate of the rest is yet unknown:

Rajo district witnessed the arrest of three people during March 2020, by both the Conquest Brigade and the Muntasir Billah Brigade, and the fate of the arrestees remains unknown:

Sherran district witnessed the arrest of nine people, six of them were later released while the fate of the remaining is yet unknown. The arrests were conducted by the Civil Police, the Military Police, the Levant Front and the Sultan Murad Division: