nineteen Persons Arrested Including 11 Women Despite Promises of non-Exposure

An image shows locals of Eastern Ghouta, who refused to conduct reconciliation with the Syrian regime, heading towards buses that will move them to northern Syria. Image taken by the activist Amer ash-Shami on March 31, 2018.

The Syrian regular forces arrested several persons, including women, from Eastern Ghouta in Damascus countryside who returned from Northern Syria to Eastern Ghouta after getting guarantees of non-exposure from the officials responsible for the "reconciliation file" in case they return. One of the arrested died in prison and his body was delivered to his family, according to testimonies came by STJ.

Osama al-Omari, an activist from Eastern Ghouta who resides in al-Bab city located in Aleppo countryside, said in an interview with STJ on August 12, 2018, that they documented the arrest of 19 persons, including 11 women, out of 150 persons who returned to Eastern Ghouta from areas controlled by the Euphrates Shield Factions.

Al-Omari said the last arrest was on August 5, 2018, and that persons are frequently arrested at al-Qteifeh Checkpoint. Number of the returnees is still increasing; the return process started in May 2018 for many reasons, the most notably that the people are afraid that the Syrian government would seize their property under code no 10, in addition to the difficult humanitarian conditions they had experienced in northern Syria.

Concerning the death of one of the detainees identified as Adnan Boidati who recently returned to Douma city following his arrest by the Syrian regular forces, Mohammed Ward, one of his relatives, said in an interview with STJ on August 12, 2018:

"Adnan Boidati, who is affected with heart disease, returned from al-Bab city to Douma city in late July 2018 after he received promises of non-arrest. But the Syrian regular forces stormed his house located in Douma, arrested him and sent him to a prison (whose name was not mentioned) along with large numbers of detainees and then cut off medicine from him and that caused him to die. On August 8, 2018, his body was delivered to his family.” 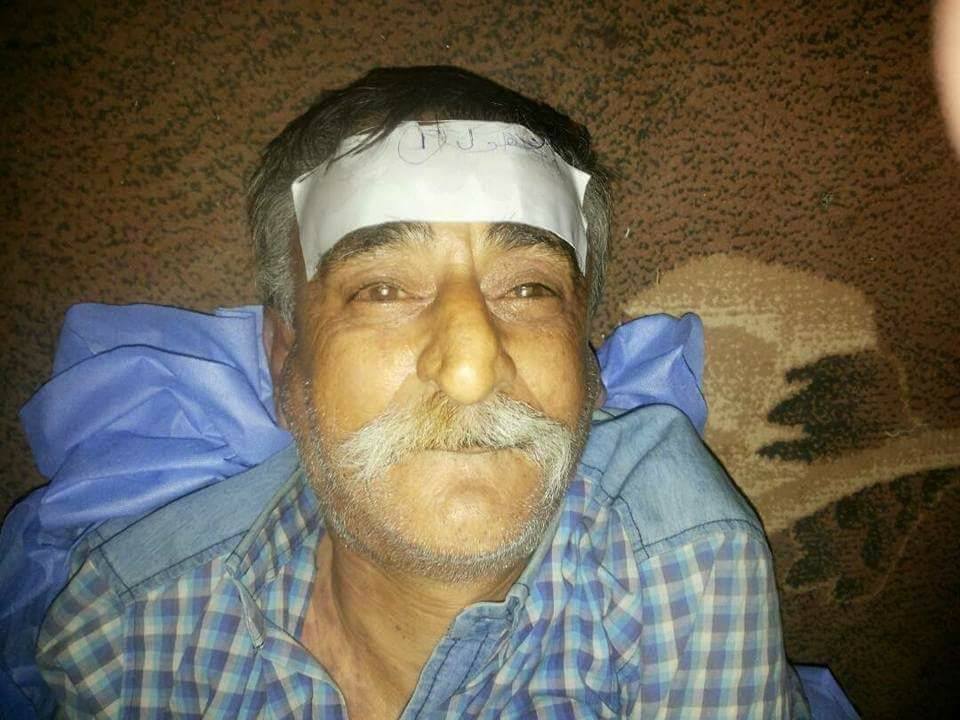 An image of Adnan Boidati who died in the Syrian regime's cells due to lack of health care. His body was delivered to his family in Douma city located in Damascus countryside. Published by Douma City Coordination on August 8, 2018.

The return is for the Syrians who want,  after their relatives in Douma city contact officials responsible for the reconciliation and after they get promises and guarantees of non-arrest  by the heads of the Syrian security branches. The return is through buses of travel companies such as ar-Redwan Office that set off from al-Bab city, then to Syrian Democratic Forces-controlled Manbij city, after that to Syrian regular forces-controlled Aleppo city, and finally to Damascus.

Majd Bakoura, an activist from Eastern Ghouta who resides in al-Bab city in Aleppo, said in an interview with STJ on August 12, 2018, that the return from northern Syria is for those who wish to come back after their relatives contact with persons who are "regime's officials for reconciliation purposes", and they receive promises and guarantees of non-arrest under promises taken by heads of the security branches of the Syrian security apparatus. The return is through buses belong to travel companies such as "ar-Redwan Office" from al-Bab city and then to Manbij city, which is controlled by the Syrian Democratic Forces (SDF), after that to Syrian government held-Aleppo city and finally to Damascus.

Earlier, the returnees coordinated with their relatives in Douma, among others, before their return for "status reconciliation and settlement", but the Syrian regular forces arrested many of them and summoned others to the security branches, Bakoura added.

Eastern Ghouta had witnessed one of the worst and most violent military attacks by Syrian regular forces with direct support and backing from Russian warplanes by air along with foreign militias and the Reserve Forces (al-Quwat al-Radifa) on the ground. The hostilities caused the death of at least 2000 civilians and the injury of thousands, and ended with the Syrian regular forces and their allies taking control of the entire Eastern Ghouta following concluding several agreements with the armed opposition factions there. STJ had published earlier a lengthy report of 84 pages on the events took place in the region between February 18, 2018 and April 2018, entitled "the Unprecedented".