Almost 85% of Jarjanaz’s Population Displaced Between 24 November and 18 December 2018, due to Heavy Bombardments

An estimated 85% of Jarjanaz’s population fled repeated artillery and rocket shelling on their village, continued from 24 November to 18 December 2018, and resulted in the the death of 9 civilians, including children, and the injury of 6, at least, according to testimonies given to STJ.

The local council member Muhammad Al-Salloum confirmed to STJ on December 18, 2018, that nearly 85% of Jarjanaz’s population, locals and IDPs, fled the village gradually, since the beginning of the bombing campaign on November 24, 2018, as the displacements started from eastern neighbourhoods, especially Madrasat Al-Khansaa neighbourhood that was directly targeted, and extended to the neighbourhoods of the main souk. The displacements continued until 18 December 2018, the last day of the campaign.

Jarjanaz has a population of about 24.000, including some 3800 local households and 1150 IDP families, mostly from Eastern Ghouta, Homs, Hama and Sinjar, according to Al-Salloum. 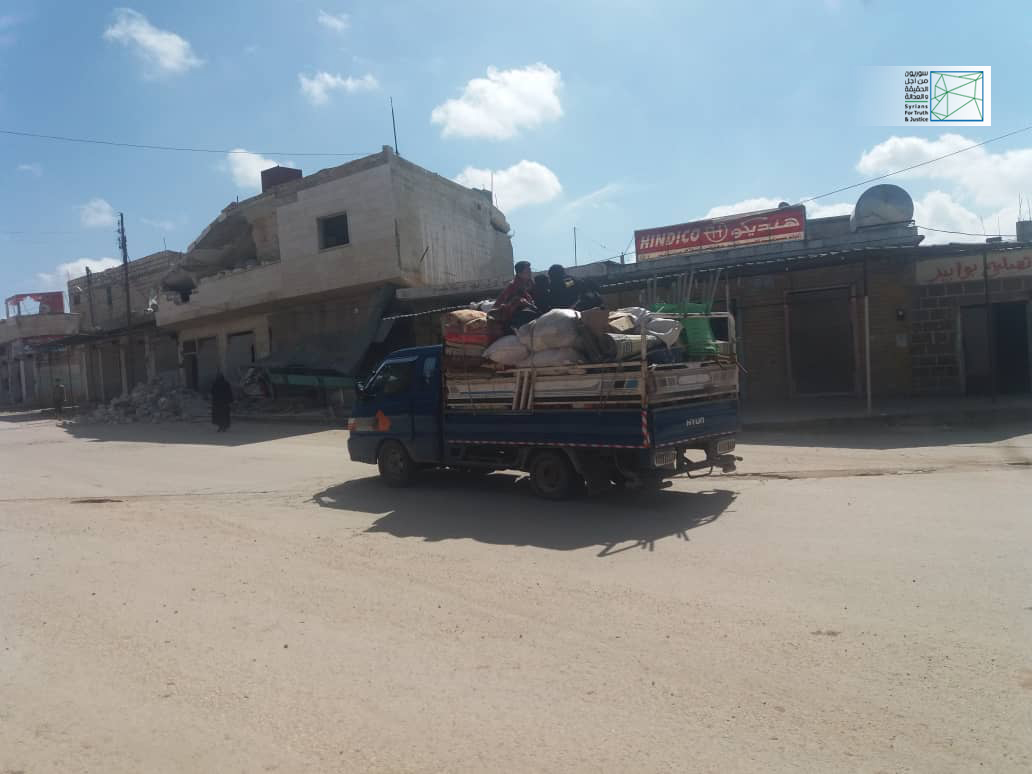 Jarjanaz was also subjected to rocket and artillery shelling on November 24, 2018:

"Fire came from the Russian military camp in Tameh Khalifa village, and positions of the Syrian Army in the villages of Abu Dali, Ejaz and Umm Ar-Rajim. Jarjanaz was targeted with six high-explosive rockets, each weighing about 250 Kg.", the local activist Muhammad Al-Dugheim reported.

The rockets landed in the middle of the main souk and near Al-Khansaa' school killing a teacher, six students, a man and a woman and injuring six, noting that the bombardment coincided with the school dismissal time.

Names of victims fall in the bombardments of November 24, 2018: 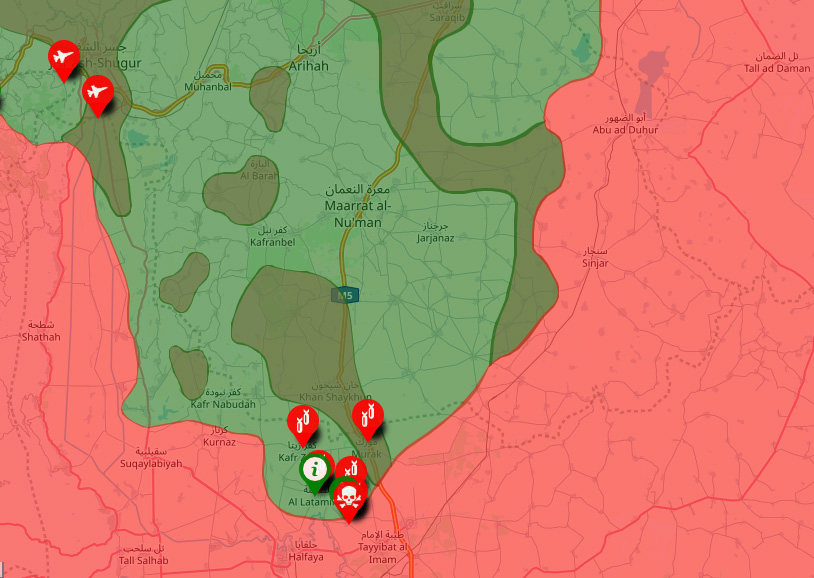 Who controls what around Jarjanaz, Idlib countryside.
Photo credit: syriancivilwarmap