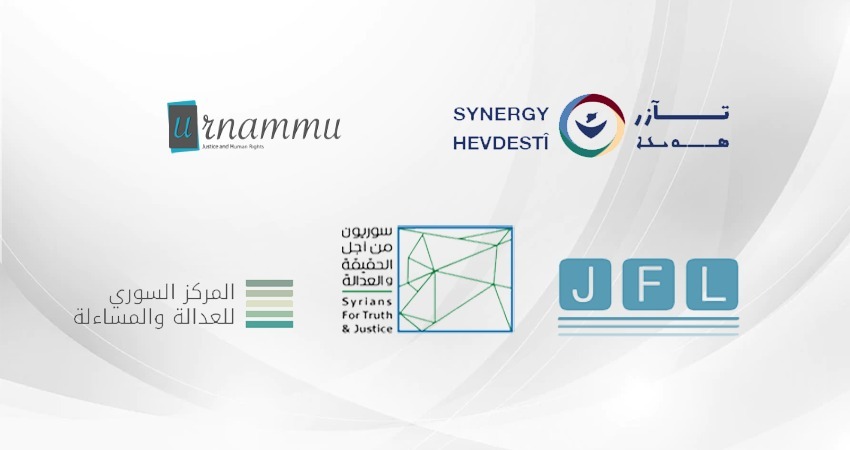 In late August, after months of anticipation and increasing demands from family networks and CSOs, the UN OHCHR released a report detailing the possible structure and mandate for a proposed institution tasked with searching for missing persons inside Syria. While the paper provides a comprehensive overview of the dire effects of the missing persons crisis on Syrians and proposes important support for families of the missing who are struggling both economically and legally, the proposed mechanism does not go far enough in order to address the extent of the crisis.

The undersigned organizations are hopeful that member states will be able to utilize some of the ideas introduced in the report, as well as the original paper produced by the Charter Group of families, in order to build the will for a more ambitious mechanism with the ability to create concrete change for victims of enforced disappearance and their families.

The Problem of Political Will

The OHCHR report lays out several “gaps and challenges” in the search for the missing including “insufficient coordination” and “fragmented and underused information.” The proposed solutions are responsive to these identified gaps and highlight the need for a single entity that can coordinate and “conduct the full range of activities” needed to search for the missing. Such coordination is certainly important, and in some post-conflict contexts, a central entity may be the primary need.

However, the majority of victims of enforced disappearance in Syria were detained by the Syrian government. The main impediment to finding these individuals is not an issue of coordination, but rather the ongoing crimes and obstruction of the Syrian government. A renewed effort to find missing persons by the international community needs to center on building the political will to bring the Syrian government to the table, even if in a limited fashion. By effectively ignoring this primary challenge, the OHCHR report does not offer a feasible mechanism designed for this context.

It is likely that the OHCHR intentionally prioritized areas of work, such as coordination among CSOs, that seem most easily achievable in the current climate. However, in doing so, the report ignores the most urgent issue, namely the safe release of detainees still held within Syrian prisons. Because the OHCHR has proposed a mechanism created through the UN General Assembly, it will almost certainly be denied territorial access to Syria, like the IIIM and COI before it. Such a mechanism will have no ability to reconnect families with those currently detained, access government detention records, or confirm deaths through forensic investigations of graves. Gaining sustained international access to even one military detention center, let alone securing release for those detained within it, would be more impactful than anything that an institution working from outside of the country, of the type proposed in the OHCHR report, will be able to achieve. As a result, building political will, even if it is the more challenging task, needs to be at the center of any effort.

The undersigned organizations support a concerted international effort to identify the fates of missing persons and reunite families. Such an effort must be led by member states, through an independent mechanism in which the ICRC is a stakeholder, stepping in to perform the work as political will allows. While such a mechanism can be based on the general framework provided by OHCHR, it should prioritize gaining access to Syrian detention centers and reestablishing family connections. When releases do happen, as they did under the general amnesty decree in May of this year, such a mechanism would coordinate with the government to ensure a humane release process, through which families are promptly informed and released detainees are provided assistance in order to locate and reunite with their loved ones.

In order to gain the access to achieve these goals, the international community should work to push a mechanism through the general assembly in parallel with focusing on building political will. The first step should be to begin discussions with the Syrian government’s allies and influencers. Through these discussions, stakeholders can work together to create a framework for cooperation, possibly to include an independent mechanism, that will create the access needed to locate missing persons and release detainees.

As the first step of this process, the undersigned organizations are calling on member states within the UN Third Committee to pass a resolution this fall welcoming the report and calling on the Secretary General to mandate a Special Envoy to work towards creating an operational framework, in consultation with the Syrian government and its allies, for the search for missing persons in Syria.

In order to make these efforts more palatable for the Syrian government, the international community should consider the following steps:

·      Decouple the issues of detainees from political negotiations and Resolution 2254 and offer real, concrete incentives that encourages Damascus to release detainees and locate missing persons.

·      Establish a country-wide focus, ensuring that all parties to the conflict are engaged, and missings and detainees with all parties are included.

·      Engage with the UAE, Algeria, Iran, Turkey, and other allies of the Syrian government who will benefit from Syria receiving limited relief or political rehabilitation. It is imperative that such incentives only be offered in exchange for real, concrete change, including a halting of further enforced disappearance

·      Ensure a humanitarian mandate, such that any new mechanism will not duplicate existing accountability efforts.

The proposal of a standalone mechanism to search for missing persons in Syria is a testament to both the immensity of the missing persons crisis in Syria and the tireless advocacy efforts of families. However, the creation of a mechanism with no ability to create change will allow member states to claim success and move on, while families and detainees continue to suffer. Syrian families and their missing loved ones deserve more.

The OHCHR report is an opportunity for member states to put together a comprehensive plan that would create a version of the proposed mechanism, backed by focused political efforts, that can finally bring concrete progress for missing persons and their families.

Organizations and Associations Signing the Statement:

Syrians for Truth and Justice

Urnammu for Justice and Human Rights