Syria: Report on the Violations of the International Covenant on Civil and Political Rights 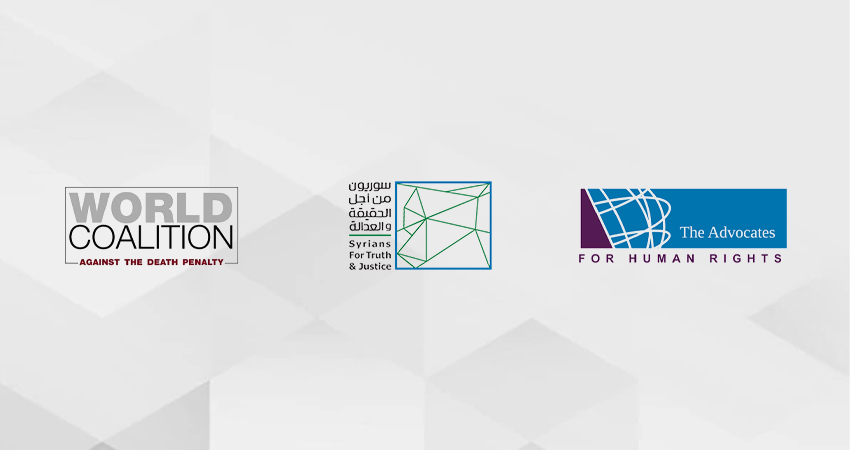 On the occasion of the 137th Session of the Human Rights Committee that will take place between 27 February and 24 March 2023, the Advocates for Human Rights, the World Coalition Against the Death Penalty, and Syrians for Truth and Justice, submitted a report on the Syrian Arab Republic’s Compliance with International Covenant on Civil and Political Rights (ICCPR).  The report that was submitted on 03 January 2023, suggested a list of issues relating to the Death Penalty.

The report emphasizes that Syria fails to uphold its obligations under the (ICCPR) and does not take serious steps toward the abolition of capital punishment or the limitation to the most serious crimes. In 2021, the Syrian government announced the execution of 24 individuals in relation to a series of wildfires that happened in September and October 2020, which the government described as pyro-terrorism.

Moreover, the report indicates that the State is committing several human rights abuses that may amount to war crimes and crimes against humanity.

Furthermore, the report argues that torture of detainees by State actors remains widespread, and detention conditions are “sub-human.” Nearly 15,000 individuals have died due to torture since the beginning of the conflict in 2011.  On the other hand, enforced disappearances and incommunicado detention appears systemic. Also, minority ethnic groups and women in particular are subject to violations during detention.

Finally, the submitted report addresses that the ongoing conflict continues to make it difficult to ascertain the extent of death sentences and executions, especially that death penalty practices lack transparency and due process.

The full report is available in English on the Committee’s 137th session webpage.