The household utensils’ warehouses, owned by the victim Ibrahim al-Youssef, were pillaged by the armed opposition groups after the Turkish Operation Peace Spring 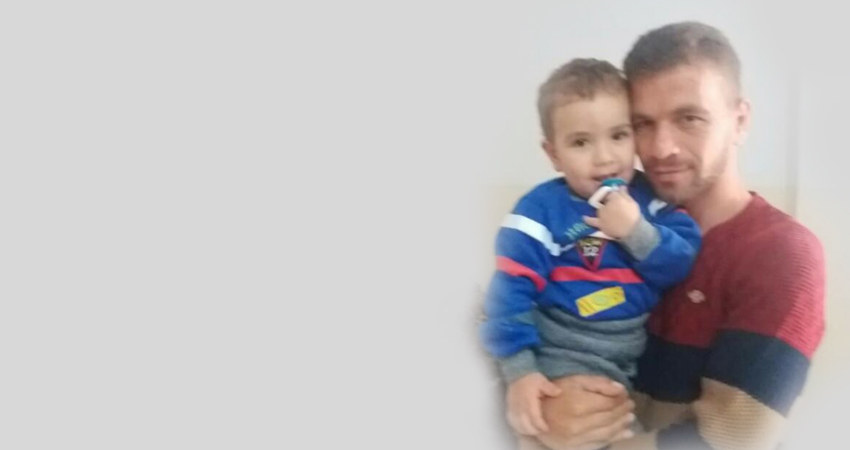 On 25 March 2020, personnel of the “Sultan Murad” Division, operating under the opposition-affiliated Syrian National Army, killed Ibrahim al-Youssef— a 30 years old man displaced from Rural Aleppo to the city of Ras al-Ayn/Serê Kaniyê, northeastern Syria. This took place after they seized his household utensils’ factory, months into pillaging his warehouses, where devices are stored and distributed, in the aftermath of the Turkish Operation Peace Spring.

The victim, al-Youssef, is from al-Safira city, southeast Aleppo. He is married and has a child. Accompanied by his family, he lived in Ras al-Ayn/Serê Kaniyê, to which they were displaced in 2016. There, al-Youssef worked in the manufacture and trade of household utensils, before the family was coerced into displacement again, as they fled to Raqqa during the Operation Peace Spring.

On 9 October 2019, the Turkish President Recep Tayyip Erdoğan announced the launch of a military operation in Syria, code-named Peace Spring. The operation was started with an immediate participation of Syrian armed opposition groups, incorporated under the name the National Army, which is affiliated with the Syrian Interim Government, an offshoot of the Syrian National Coalition (SNC). The day before the military operation began, the Coalition made a statement advocating the Turkish announcement concerning an imminent military action in the region.

On 7 October, Salim Idris, the Minister of Defense of the Syrian Interim Government, stated that the National Army had completed the necessary training for the upcoming military operation in northeastern Syria. Other military arrangements preceded this, for the National Army and the National Front for Liberation/NFL declared their full integration on 5 October 2019.

Syrians for Truth and Justice/ST had issued a press release, calling for an investigation into the responsibility of the state and the individuals perpetuating the Turkish invasion / incursion into northeastern Syria, as it constitutes a violation of international law.[1]

Ceasing on 22 October 2019, Operation Peace Spring led to Ankara and its allies’ control over a wide border area in northeastern Syria, a strip of about 120 km between the cities of Ras al-Ayn/Serê Kaniyê, north al-Hasakah, and Tal Abyad, north Raqqa.

As Turkey and the Syrian armed opposition groups took over the city of Ras al-Ayn/Serê Kaniyê, the latter’s fighters stole civilians’ homes, shops and property, particularly the property of the displaced who were forced to flee during the Turkish military operation. Among the places robbed were three warehouses, where utensils are stored and then distributed, which belong to Ibrahim al-Youssef, displaced from southeast Aleppo to Ras al-Ayn/Serê Kaniyê. This was reported by a family member,[2] who recounted the following to STJ:[3]

“[Ibrahim al-Youssef] and his brother [Marwan al-Youssef] worked in the manufacture and trade of household utensils in northeastern Syria. They both owned a factory called ‘Al-Rabia Plastic,’ near Ras al-Ayn/Serê Kaniyê, where their goods are manufactured.  Additionally, they owned three warehouses, where the utensils are stored for distribution. The contents of the warehouses were robbed by the fighters of the armed Syrian opposition groups following Operation Peace Spring, which value amounted to about 80000 thousand US dollars.”

2. Negotiations with the Fighters of “Sultan Murad” Division to Move the Factory’s Equipment:

Finding out that his household utensils’ warehouses had been looted and pillaged, Ibrahim al-Youssef tried to move the equipment of his “al-Rabia Plastic” factory to the city of Raqqa, to which he was displaced after Operation Peace Spring. The witness/ source explained:

“In mid-November 2019, [Ibrahim] was able to communicate with the fighters of ‘Sultan Murad’ division, operating under the second legion of the Syrian National Army, after he learned that the group was controlling his household utensils’ factory, located near ‘Mishrafa’ village, 5 km south of Ras al-Ayn/Serê Kaniyê. He tried to negotiate with group to allow him to transfer the factory’s equipment.”

3. Asking the Victim to Pay Money to Allow Him Move His Factory’s Equipment:

Ibrahim al-Youssef’s efforts to move his factory’s equipment to Raqqa failed, because he could not secure crane machines to dismantle the equipment and transport them in a timely manner, not to mention that the fighters of the “Sultan Murad” Division dismantled the factory’s machinery later and transferred them to one of their centers. Commenting on this, the witness / source said:

4. Killing the Displaced Man and Seizing His Factory’s Equipment:

Negotiations between Ibrahim and the fighters of the “Sultan Murad” Division continued for about three months, but the fighters refused to send him the factory equipment, and they asked him to come in person to have the machines. On 23 March 2020, Ibrahim decided to go to Ras al-Ayn/Serê Kaniyê as to find a means to get his factory’s equipment back. Nonetheless, Ibrahim did not expect what was a head of him. The witness/sources added:

“The fighters of [Sultan Murad] arrested [Ibrahim al-Youssef] once he arrived into to Ras al-Ayn/Serê Kaniyê, because he demanded that they hand him his factory’s equipment. On 25 March 2020, they shot him dead and seized his factory, which contained equipment worth about $ 230,000 US Dollars.”

“Sultan Murad” Division then informed the al-Youssef’s family that they killed their son, a married man and a father, on the pretext that he was loyalist to the Syrian regime. They also ordered the family not to return to Ras al-Ayn/Serê Kaniyê again. Despite the family’s appeals, only after many attempts, the fighters agreed to send Ibrahim’s body to his family in Raqqa, where he was buried in his hometown of al-Safira, rural Aleppo.

[2] The witness/ source refused to reveal his name for security concerns.