Graduation of the first batch of the 3rd Brigade affiliated with the Manbij Military Council in Manbij city. Credit: Hawar News Agency (ANHA)

The Manbij Military Council, affiliated with the Autonomous Administration, arrested nine members of the Ibo family, including five children, on different dates in January and March 2021. The military council carried out the arrests to coerce Ibrahim Ibo into surrendering himself to security services after he fled Manbij city, Aleppo province, allegedly evading corruption charges. The Autonomous Administration’s security services have detained  the familyfor over 60 days, without charges or information on their current whereabouts.

Other family-level arrests were carried out by the Anti-Terror Units, affiliated with the Autonomous Administration, in February 2021 in Bayud al-Tarn village, west of Raqqa province. The units arrested several members of the al-Tarn family and released them in batches over three days following their arrest.

The arrests of the Ibo and al-Tarn families are further examples of previous arbitrary arrests by the Autonomous Administration, formerly of activists in 2019[1] and 2020[2].

The Manbij Military Council arrested eight members of the Ibo family over three consecutive days in January. Council personnel raided the family’s house in the city on 6 January, around 03:00 am. They arrested Mahmoud Ibo, 60, and Raizan Ibo, 24.

On 7 January, council personnel also arrested Ahmad Mahmoud Ibo, 16, and Muhammad Mahmoud Ibo, 14. In the last raid for the month, the personnel arrested on 8 January Nidal’s wife and his three children—Amira Battran 23, and Mahmoud, 6, Lazkeen, 4, as well as Areen, 3.

On 2 March, the military council personnel carried out an individual arrest. They arrested Nidal’s mother, Haifaa Houshow, 55, for posting a video, in which she spoke of her family members’ arrests and demanded their release.

Syrians for Truth and Justice (STJ) interviewed Germany-based Lazkeen Ibo, Nidal’s brother, who recounted the details of the arrest and charges involving his brother. He said:

“My brother Nidal was an employee at the Finance Control Department, operated by the Manbij Civil Council. He was put under all sorts of pressure while working there. He was even threatened with death. At a certain point, he submitted a resignation letter, which was refused. He then asked for protection by the Manbij Military Council, which also denied him its help. This forced Nidal to leave Manbij city on 2 January. When the news that he left the city spread, the military council arrested several of our family members. The arrests were meant to press Nidal and coerce him into surrendering himself, after rumors started circulating on Nidal’s work and that he was involved in corruption cases.”

“I reached out online to several officials of the Autonomous Administration and the Manbij Military Council to inquire about my family’s fate. One official has recently told me that my family members will be released as soon as Nidal surrenders himself.”

STJ also attempted to contact officials from the Manbij Military Council and managed finally to talk to one of the council’s commanders. On the condition of his anonymity, the commander said:

“We did not actually arrest the family members. We brought them for interrogation purposes. We then kept them in our custody and prevented them from contacting any person to press Nidal into surrendering himself. There are corruption and embezzlement cases against Nidal, and the family members are being kept as a source of pressure.”

In a separate incident, the SDF-affiliated Anti-Terror Units arrested several members of the al-Tarn family in Bayud al-Tarn village, west of Raqqa province, on 22 February 2021. The units released all the detainees over the three following days.

Local activists reported different versions on the reasons for the arrests and the charges pressed against the family members, particularly that the arrested included the civil activist Majed al-Tarn, who works for the We’am (Harmony) programme, funded by the US State Department.

STJ tracked the arrest incident and interviewed one of the released family members. Refusing to reveal his name for security reasons, he said:

“We were arrested due to a malicious report filed by persons we disputed with over the cultivation of a plot of agricultural land. We were not beaten or treated in a humiliating manner, neither through the arrest operation, nor during the interrogation. We were released three days later and without any charges. The General Security in Raqqa clearly knew that the report was malicious.” 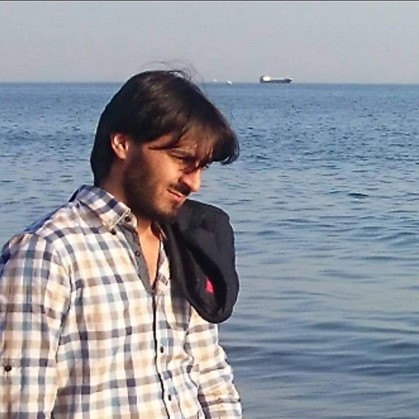 STJ continues to advocate for clear and transparent arrests which protect the rights of civilians and activists.

Syria: 144 Arrests in Afrin During January and...