Efforts to prevent human rights violations, forced deportation and demographic change must be at the core of any agreement 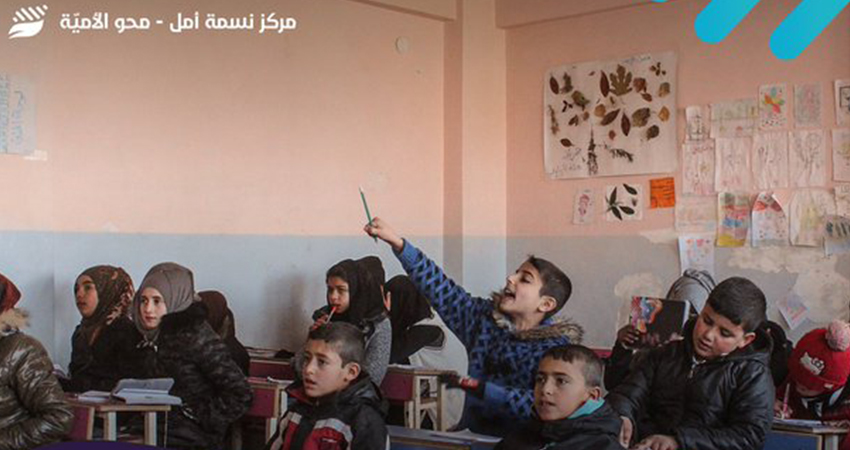 On August 7, 2019, the website of the US Embassy in Ankara, Turkey, published a press release on the joint military talks between US and Turkey. The statement made three main points agreed on the establishment of a safe area in northern Syria/east of the Euphrates, which is under the control of the Syrian Democratic Forces (SDF) of the Autonomous Administration, supported by the Global Coalition to Defeat Daesh/ISIS. The points made by the statement were, in sum:

The following day, on August 8, 2019, the Syrian Arab News Agency (SANA) published a press statement in which the Syrian Foreign Ministry condemned establishing the safe zone, saying: “Syria expressed categorical rejection of the agreement which was announced by the US and Turkish occupations on establishing the so-called “safe zone”… “Establishing the so-called (safe zone) which constitutes a blatant aggression against the sovereignty and territorial integrity of the Syrian Arab Republic and a flagrant violation of the principles of the international law and the UN Charter.”[3]

Regardless of the shape or details of the proposed safe area to be produced by the joint military talks and the extent to which its establishment consistent with the relevant international laws and conventions, Syrians for Truth and Justice (STJ) believes that this agreement should be based, to the fullest extent, on respect for the lives of all the region’s people, with their different components, and for their property and future. To those ends STJ recommends:

1. Any eventual agreement must ensure that no kind of human rights violations are committed against any groups/individual in the region, including the looting and seizing of civilians’ property, arbitrary arrests, enforced disappearances, kidnappings and killings; as occurred during Operation Olive Branch, conducted by the Turkish army and Turkish-backed Syrian armed opposition groups in Afrin district. We, therefore, recommend the establishment of an impartial monitoring mechanism, with the participation of Syrian civil society organizations and the United Nations.[4]

On June 14, 2018, Human Rights Watch released a report in which it said: “Turkey-backed armed groups in the Free Syrian Army (FSA) have seized, looted, and destroyed property of Kurdish civilians in the Afrin district of northern Syria, Human Rights Watch said today. The anti-government armed groups have installed fighters and their families in residents’ homes and destroyed and looted civilian properties without compensating the owners.”[5]

The Independent International Commission of Inquiry on the Syrian Arab Republic, in turn, issued a report, dated 8 August 2018, in which it said that residents of Afrin told the Commission: “Numerous residents reported widespread looting and appropriation of civilian homes  by members of armed groups when the latter entered Afrin city in March. Victims described how houses were looted to the point where they had been “stripped of furniture, electrical appliances and all decor”. Witnesses stated that Turkish troops were on occasion present in the vicinity where looting took place, but had not acted to prevent them.”[6]

2.  Any agreement reached must prevent any form of forced or mass displacement of indigenous peoples of all groups. It should also prevent any direct or indirect demographic change, either currently or in the medium or long term. However, any previous cases of this kind, should be taken seriously and responsibly, in order to find a just and sustainable solution according to international standards, under the supervision of the impartial monitoring mechanism and with the contribution of Syrian civil society organizations and the UN.

According to data collected by STJ and verified as being consistent with several sources, including the local administration records in the areas to be mentioned; at least 155.000 indigenous residents of Afrin were still forcibly displaced until early 2019, 10,000 of them crossed the Syria’s international borders in an attempt to reach the European Continent. In addition, 145,000 IDPs are deployed in different areas throughout Syria, 60,000 of them, who make up 12,500 families, are staying in Al-Shabha’ camps (Bardakhan, Sardam, Afrin, Al-Shahba’ and Al-Awda) in northern Aleppo. Some 20.00 IDPs are in Aleppo city itself, while 10.00 others, who make up 835 families, reside in the city of Kobanî (officially Ayn al-Arab) and its surroundings. Besides, there are 5000 IDPs in the province of al-Hasakah and about 15,000 others dispersed over the entire country.[7]

In its monthly report, issued in June 2018 under the title “Between a Rock and a Hard Place – Civilians in North-western Syria”, The Office of the United Nations High Commissioner for Human Rights (OHCHR) referred to the poor security situation in Turkish/Syrian-controlled areas:

“OHCHR has received reports of lawlessness and rampant criminality committed by armed groups in areas under the control of Turkish forces and armed groups operating under their control in northern Syria. Reports include allegations of theft, harassment, cruel treatment and other abuse, and on occasion murder perpetrated particularly by fighters of the Sultan Murad Division which consists of mainly ethnic Turkmen fighters, the Hamza Division which consists of four armed opposition groups that were previously fighting under the banner of the “Free Syrian Army” in Mare’a city in Aleppo until 2016, and the Ahrar Al-Sharqiya, which consists mainly of fighters from Deir-ez-Zor Governorate. OHCHR has also documented an increase in armed clashes between different armed groups reported to be under the control of Turkish forces, which is having a serious impact on civilians, including deaths and injuries. Civilians have informed OHCHR that a number of members of armed opposition groups operating in the area are former well-known local criminals, smugglers, or drug dealers.[8]”

3. Any agreement reached shall provide that the mechanism of the return of the Syrian refugees who were displaced from this region or any other Syrian region, consistent with the rights of refugees and the international standards, as safe, voluntary, dignified and non-coercive. The impartial monitoring mechanism should monitor the voluntary returns and distinguish them from forced deportations, with the contribution of Syrian civil society organizations and the UN, ensuring that no demographic changes occur in the long term.

On July 30, 2019, Human Rights Watch released a report entitled “Turkey Forcibly Returning Syrians to Danger” it said: “Turkey claims it helps Syrians voluntarily return to their country, but threatening to lock them up until they agree to return, forcing them to sign forms, and dumping them in a war zone is neither voluntary nor legal,” said Gerry Simpson, the associate Director of the crisis and conflict division of Human Rights Watch (HRW).[9]

In turn STJ published a report on the subject entitled “Turkey: Thousands of Syrians Forcibly Returned to Peril”, which cited several statements of people forcibly deported to Syria.[10]

4.  During the past years, especially in recent months, Eastern Euphrates has witnessed a relative stability and improvement in the level of services provided to the local population and administrations, despite the presence of quite a few obstacles, intricate sensibilities, and outstanding issues that require radical solutions. Therefore, we believe that the reached  agreement must ensure that things which has been achieved are maintained, on the one hand, and put plans for their rapid and effective developed to be in the core of any future agreement, on the other hand. So as to promote the provision of services to the entire population away from any political or partisan agendas of any party, and to ensure the inclusiveness of local administrations, so that they are truly representative of all components of region’s popluation without any exclusion or marginalization of any kind. All these efforts should be linked to the overall political process in Syria, ensuring that all components of the political process are represented without exclusion until a comprehensive political solution is reached in Syria.

[1] On August 12, 2019, the Turkish Ministry of Defense announced the arrival of a US military personnel batch to Şanlıurfa border province, in order to begin the formation of the Joint Operations Center, which is responsible for coordinating and managing the establishment of the Safe Zone in northern Syria.

[2] “Statement on Joint Military Talks Regarding Syria”, US Embassy in Turkey, August 7, 2019. https://tr.usembassy.gov/statement-on-joint-military-talks-regarding-syria/

[4] These groups are mainly affiliated to the Syrian National Army of the Syrian Interim Government and The National Coalition for Syrian Revolution and Opposition Forces.