According to testimonies obtained by STJ, two cases of sexual harassment and assault were perpetrated by members of Ahrar al-Sharqiya; an attempt of a similar nature was perpetrated by Suqour al-Sunna 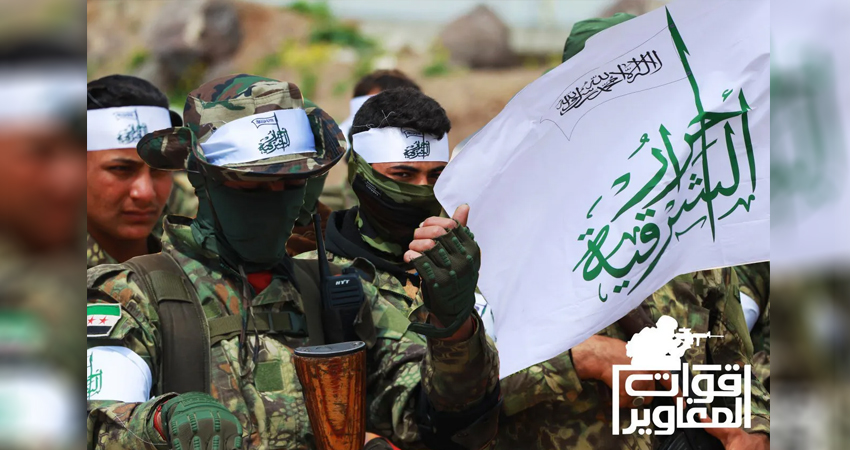 This report builds on four exclusive testimonies obtained by Syrians for Truth and Justice (STJ), covering gender-based violations perpetrated against internally displaced women. The accounts confirm that the culprits are members of the opposition’s Syrian National Army (SNA), particularly fighters from Ahrar al-Sharqiya/ Free Men of the East and Suqour al-Sunna/al-Sunna Hawks factions.[1] These fighters perpetrated several cases of sexual abuse against IDP women, who tried to relocate from the areas held by the Autonomous Administration in Northeastern Syria, to those held by opposition armed groups in Ras al-Ayn/Serê Kaniyê region, which is a part of the “Peace Spring” strip.

The documented violations included a case of sexual assault, a case of sexual harassment, and an attempted sexual assault. These violations fall under a wider pattern of harassment led by faction fighters across the smuggling line, which divides the two territories of control, and runs parallel to the M4 Highway, which splits up territories of control in northern Syria.

Following leads on factional harassment on the smuggling routes between Administration-held and opposition-held areas, STJ reached out to a witness, who observed the sexual harassment suffered by two women. The two victims were crossing the Tufaha Smuggling Point, located somewhere between the M4 Highway and Mabrouka town.

On the condition of his anonymity, the witness recounted that the reported violations occurred in March 2022, when a group of 10 civilians, including two women, navigated the route demarcating the two parties’ areas of control. The witness narrated:

“We left from the Administration-held areas in Deir ez-Zor. We were heading towards the border city of Tal Abyad, from which we were set to cross into Turkey. The group had several men and two women. The smuggler led our way to the crossing point near the M4. Then, we crossed the dirt barrier and fighters received us. They identified themselves as affiliated with Ahrar al-Sharqiya/ Free Men of the East. They took us into one of their centers, near the road. We saw their flags hoisted above those centers. They said that we will remain in their center until the smuggler on the other side had transferred them the money they agreed upon.”

“We spent a few days at the center. On the first day, they assembled the whole group in a single room, subjected us to inspections, and withheld our phones. During the inspection, the fighters searched one of the women in an extremely disgusting manner. They deliberately touched her body and her genitals in an abusive way. We spent the first night in the room. The next morning, the fighters told us that the smuggler did not pay the money and that each of us had to pay 400 USD to be allowed to cross. They gave us the phones to contact our families and instruct them to deposit the money at a remittances office in Ras al-Ayn/Serê Kaniyê. At this point, the fighters relocated the other woman to a different room, alleging that her family wanted to speak to her privately. Then, we heard her scream and call for help. We also heard the fighters laugh. The girl remained in their custody. The rest of us, however, left gradually after we paid them varying amounts of money. They took our phones and clothes and gave us filthy and torn clothes instead.”

STJ reached out to the woman the fighters harassed during the inspection, who verified the information relayed by the first witness.

To obtain details on the second case, STJ talked to relatives of the victim:

“My relative told me that she was sexually assaulted by fighters from Ahrar al-Sharqiya/ Free Men of the East, and that she managed to identify a few of the persons who assaulted her. She narrated that after she was separated from the group and taken into a different room, they started touching her, claiming they were searching her. She said that they smelled like alcohol used in hospitals. Then, the thing developed into sexual assault. They released her, and she went to Tal Abyad city. I advised the girl to file a complaint, especially since she could identify some of the fighters. However, she refused because she is afraid and anxious about the stigma.”

STJ monitored a similar abuse case perpetrated by a commander within Suqour al-Sunna/al-Sunna Hawks. Called N.A., the commander repeatedly harassed a girl from al-Shadadeh town, and even attempted to rape her. However, the girl managed to escape and ask for help from fighters within Ahrar al-Sharqiya/ Free Men of the East. In response, the two armed groups engaged in clashes which rendered several persons injured.

An eyewitness, who is a fighter within N.A.’s group, reached out to the field researcher with STJ. He narrated the details of the case:

“The incident occurred in Tal Thlaj village in late 2021. A girl, within a group of civilians, arrived in the village from the areas held by the Syrian Democratic Forces (SDF). The girl obtained access through a smuggling point, located near al-Alia Silos and operated by N.A. The girl was intending to head to Turkey aided by the same smuggler. The whole group was transferred to a center affiliated with N.A. in Tal Thlaj village, until a smuggling pathway is made available into Turkey. Over the two days the girl spent waiting for the road to open, N.A. harassed her several times and attempted to sexually assault her. The girl managed to flee the center, left the village, and headed to al-A’duaniya village. On the road, she perhaps came across a group of fighters from Ahrar al-Sharqiya/ Free Men of the East and sought their protection. Two days later, these fighters went to Tal Thlaj village to punish N.A. for what he did, after they helped the girl return to her village through another smuggling point, across from Tal Nimr town.”

“Over the course of the conversation the Ahrar al-Sharqiya fighters had with N.A., he confessed that he harassed the girl, attributing his conduct to the girl’s affiliation with the SDF. However, later the fighters learned that the girl hails from their tribe. The fighters tried to capture N.A. and clashes between them broke out. Commanders from both factions intervened and ended the clashes, during which three persons were injured.”

Image (1) – Map by STJ highlighting the locations where the violations occurred, in addition to key smuggling points between territories of control in northeastern Syria.

[1] The Suqour al-Sunna/al-Sunna Hawks faction serves within the 20th Division. In turn, the Division, and Ahrar al-Sharqiya/ Free Men of the East operate within the Harakat al-Tahrir wa-l-Binaa (Movement of Liberation and Construction) established on 15 February 2022. Under its mantle, the movement brings the Ahrar al-Sharqiya/ Free Men of the East, the Eastern Army/Jaysh al-Sharqiya, the 20th Division, and Suqour al-Sham/ Sham Falcons Brigade-Northern Sector.