Interactive Dialogue: Oral update of the COI on the Syrian Arab Republic

September 27, 2022 76 views Download as PDF This post is also available in: Arabic Font Size A A A 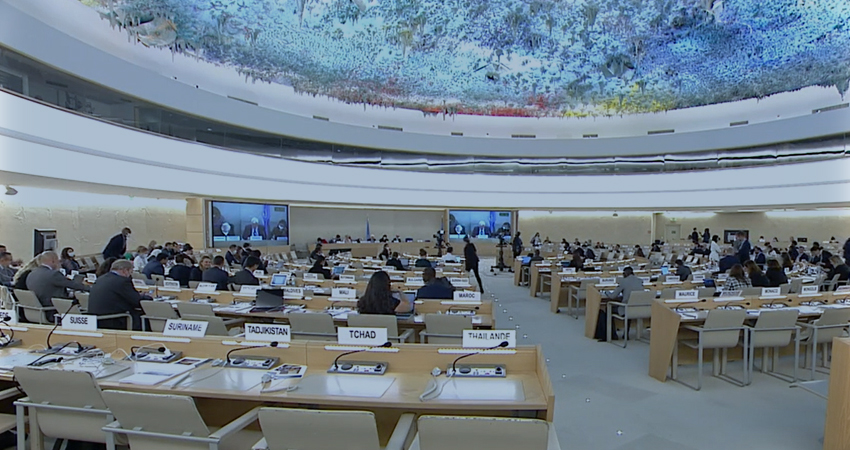 Syria is facing its worst economic and humanitarian crisis since the beginning of the conflict. 14.6 million people are dependent on humanitarian assistance. There are currently 6.8 million Syrian refugees and another 6.7 million are internally displaced.

Patterns of arbitrary arrests, torture, and sexual and gender-based violations, perpetrated by the Syrian Government and armed groups, persist.  In this context, the fate of tens of thousands of people remains unknown despite the efforts of victims, civil society organisations and international bodies.

We call on states to implement the recent recommendation of the UN Secretary General and ensure the establishment of a UN mechanism to assist in the search for missing persons in Syria.

Given the continued dire situation, no part of Syria meets the requirements for safe, dignified, and voluntary return. Nonetheless, in contradiction with international law, some countries have pursued aggressive return policies for Syrian nationals.  For example, the Turkish plan to repatriate one million refugees would put thousands of civilians in danger.

We urge the Commission and this body to work to ensure all UN member states abide by the prohibition of forced return.

Our organisations wish to emphasise the need of state members to repatriate their nationals detained in the North-East of Syria, especially children and their mothers.

In light of the crisis Syria continues to face, we support the need to carry out a comprehensive assessment of the impact of sanctions on humanitarian assistance and their effect on civilians.

[1] With the support of Syrians for Truth and Justice