Child Soldiers Continue to be Deployed to Libya

More than 55 minor Syrian children spotted in a military camp in Tripoli, despite demands to expel mercenaries from the conflict

A map of locations where Syrian child soldiers have been observed in Libya.

Despite an October 2020 ceasefire agreement and repeated international calls to expel all foreign forces and mercenaries from the Libyan conflict, recruitment operations continue to enlist and transfer Syrian mercenaries into Libya – including children under the age of 18.  In 2021, the recruitments have largely been carried out by  Russia and Turkey.

In July 2021, Syrians for Truth and Justice (STJ) obtained new testimonies on the deployment of new groups of children to Tripoli, Libya’s capital, since March 2021. Notably, we heard from a 16-year-old child soldier, a fighter in the al-Hamza/al-Hamzat Division, and a medical worker who treated a number of recruited children in a hospital in Tripoli. We contacted sources via phone and through encrypted online applications.

Sources confirmed the spread of 55 new Syrian child recruits in areas overseen by the Government of National Accord (GNA), including makeshift camp near Mitiga International Airport, al-Sahbah camp, Hadaba project and al-Na’am camp. 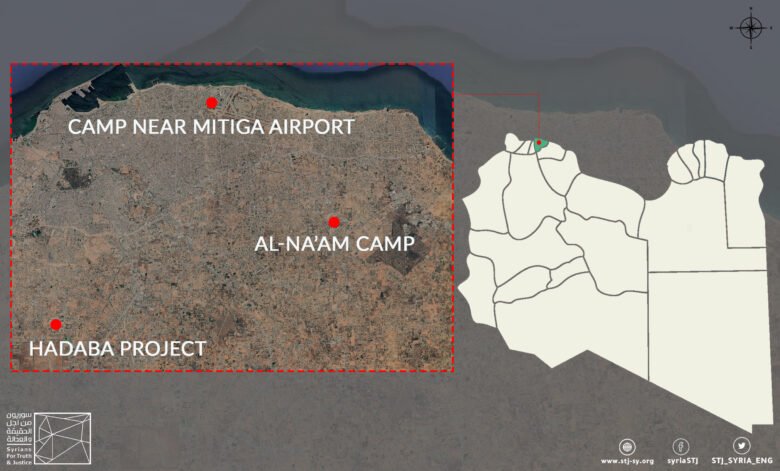 Image 1 – A map of locations where Syrian child soldiers have been observed in Libya.

Sources provided STJ with the names of military groups formed by the opposition-Syrian National Army (SNA) who are confirmed to have children serving among their ranks in Libya. The groups include the Auxiliary Forces/al-Quwat al-Radifa, Front and Alert Units, and Special Intrusion Units.

A 16-year-old child recruit described his recruitment and arrival to Libya to STJ. He said:

“I was brought from Syria here to Libya about three months ago under a three-month contract, with an automatic three-month extension. I do not know where I will be then or what will happen.”

The child confirmed that he saw Sayf Abu Bakr, head of the al-Hamza/al-Hamzat Division, and Mustafa al-Shuyoukh, a commander in the same Division, in Libya. He said:

“We, the recruited children, were divided into groups. My group has ten children and is called the ‘Fighting Unit’. We were given guarding tasks for a monthly salary of 800 USD. We are directly linked to the al-Hamza/al-Hamzat Division, under the leadership of Abu Bakr.”

An adult fighter in the al-Hamza/al-Hamzat Division corroborated the boy’s account of the presence of child soldiers among the ranks of the al-Hamza/al-Hamzat Division, telling STJ that he saw 12 children in the al-Na’am camp in Tripoli. The fighter confirmed that the children joined different military squads, including the Auxiliary Forces/al-Quwat al-Radifa, the Alert Group, and the Guard Unit.

“The children I met were in a group led by Mustafa al-Shuyoukh, a commander in al-Hamza/al-Hamzat Division. They looked to be between 15 and 16 years old. Some of the children underwent punishments, including solitary confinement and the deprivation of some privileges, for disobeying military orders.”

A worker in a medical post in Tripoli told STJ that he monitored between 30 to 35 child soldiers over a span of six months between late 2020 and early 2021. He said:

“Most of the children I examined came from Mitiga International Airport, al-Sahbah camp, and Hadaba project; and they were no more than 16 years old. I could not ask them details on their situation and the treatment they receive in the military because I feared being punished.”

“During the past three months (April, May and June) we received two children with Covid-19. They came in a military vehicle and returned in it after being examined. The medical post I work at receives serious conditions only, thus there may be more children transferred to other medical posts for more minor injuries and illnesses.”

UN Comments on the Recruitment of Syrian Child Soldiers in Libya

The UN verified the recruitment and use of three children in Libya by Syrian armed opposition groups (formerly known as the Free Syrian Army/FSA) in a report titled ‘Children and Armed Conflict’ submitted by its Secretary-General to the Security Council in May 2021.The children had been smuggled from Syria to Libya by the Mu’tasim Division and the Liwa Samarkand/Samarkand Brigade.

Shortly after the release of the UN report, the U.S. State Department’s annual report on ‘Trafficking in Persons’, published early July 2021, confirmed Turkey’s recruitment and use of child soldiers in Syria and Libya, as well as its ongoing support of the Sultan Murad Division of the SNA, which has allowed children to serve among its ranks.  Ankara refuted the allegations and  responded in a statement by its Ministry of Foreign Affairs that the accusations were baseless.

STJ has been monitoring the recruitment of children by Syrian opposition factions in Libya since Syrian mercenaries first began arriving in Libya. Most recently, on 10 March 2021, STJ published the  report “Syria-Libya: Child Soldiers Stranded at Mitiga International Airport”, which confirming the continued recruitment of Syrian children as mercenaries in the Libyan conflict, and the presence of dozens of child soldiers in barracks in Tripoli.