Al-Sharia Bridge in Sahl al-Ghab, Hama after being bombarded by the National Front for Liberation on August 31, 2018. Photo credit: local activists.

The National Front for Liberation, a military opposition coalition, and Hay'at Tahrir al-Sham/HTS bombarded bridges and dismantled railways in Hama, Idlib, and Aleppo for military purposes, according to testimonies obtained by STJ.

On September 5, 2018 the National Front for Liberation bombarded al-Tuwayni Bridge that links the rebel-held al-Tuwayni village to the Regime-held al-Hurra and al-Khandaq villages, northwestern Hama. 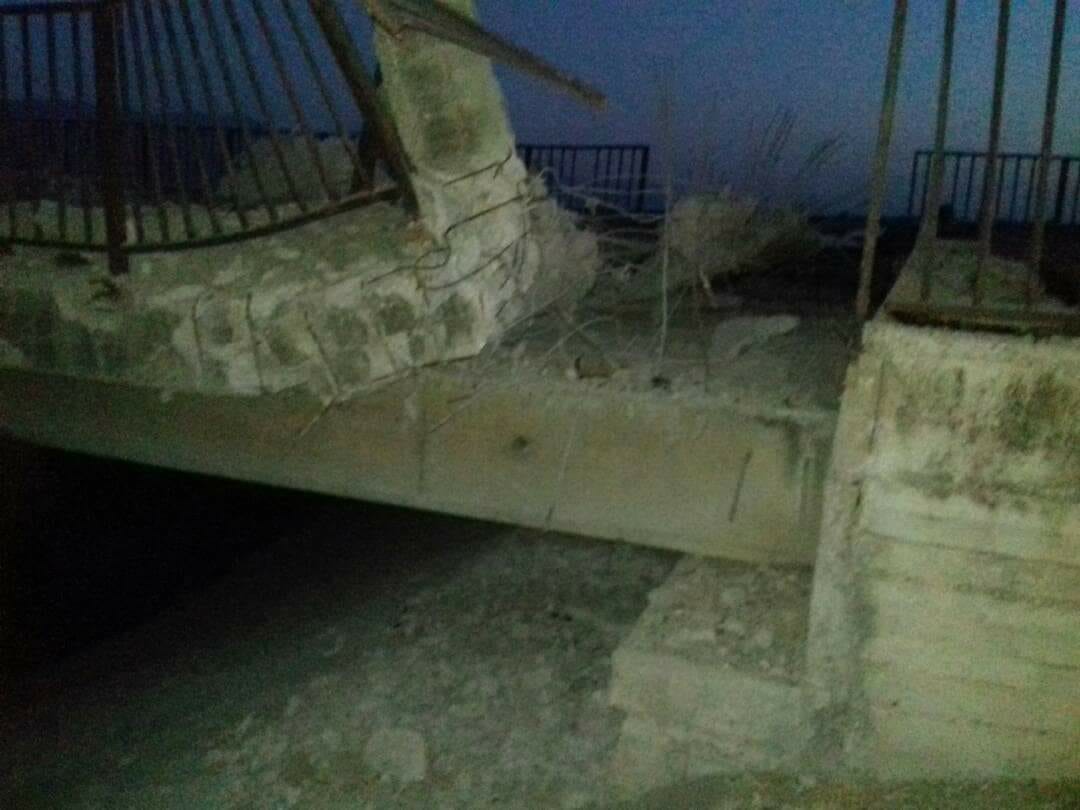 Al-Tuwayni Bridge in Sahl al-Ghab, Hama after being bombarded by the National Front for Liberation bombarded on September 5, 2018.  Photo credit: local activists 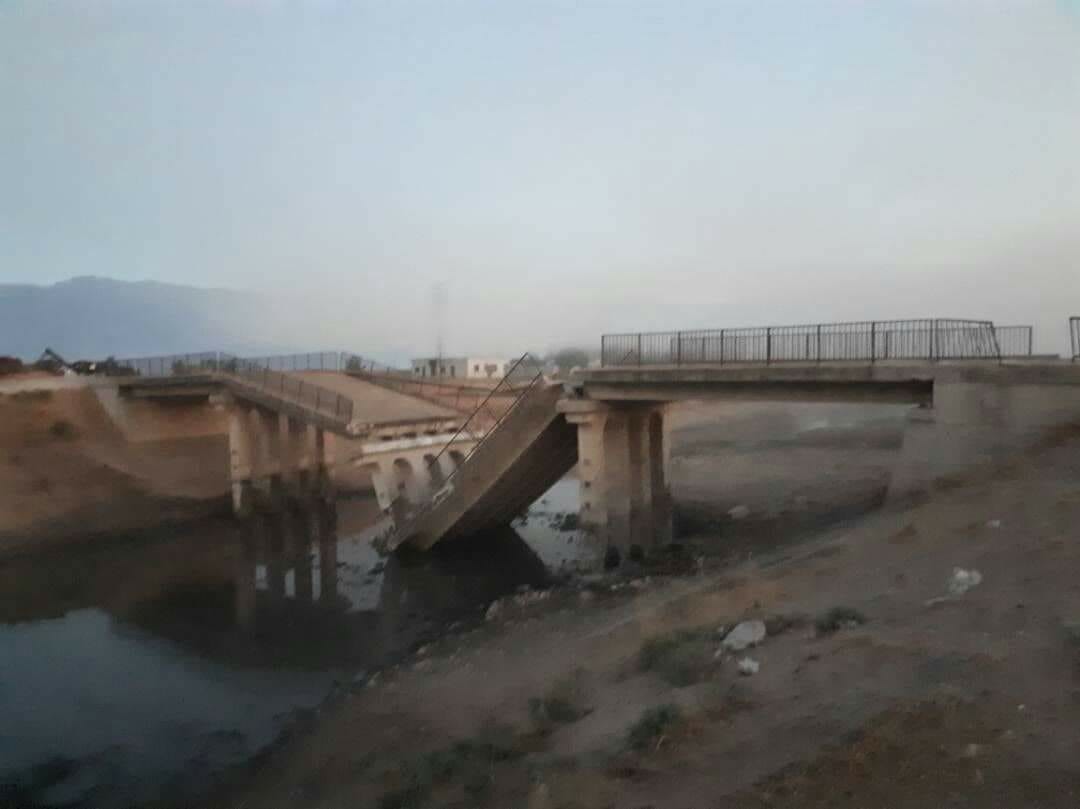 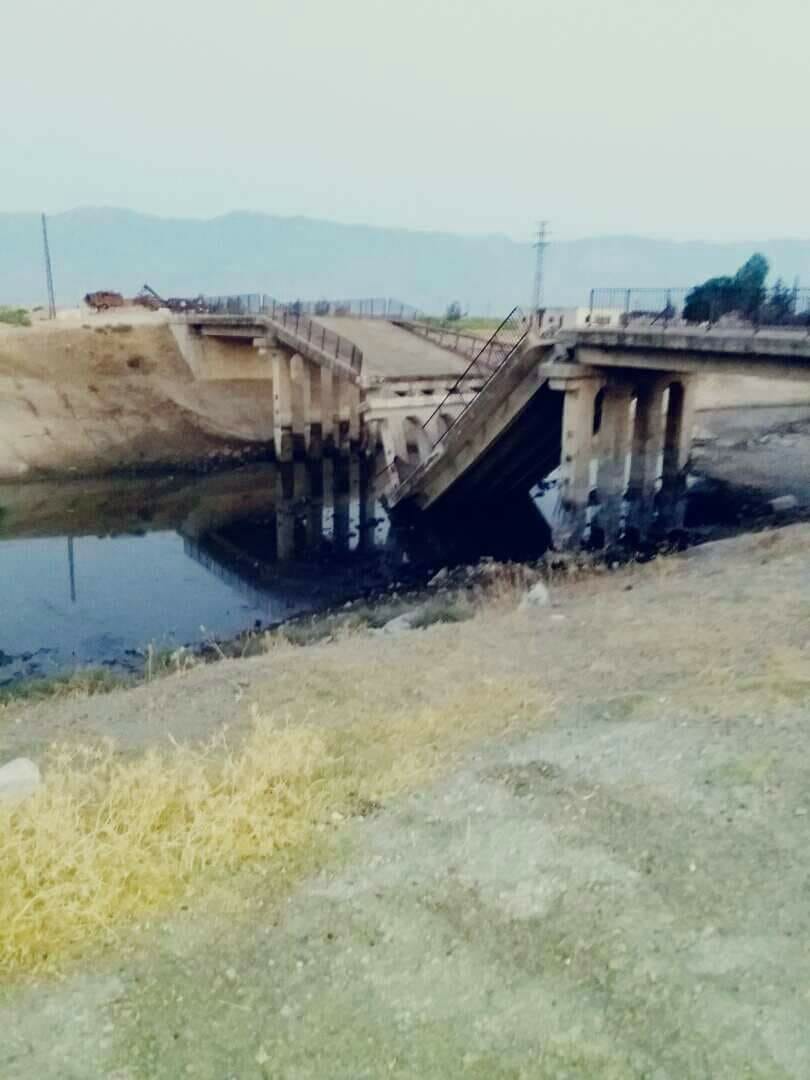 Bait al-Ras and al-Sharia bridges in Sahl al-Ghab after being bombarded by the National Front for Liberation on August 31, 2018.

Bombardment of the three bridges came in the wake of statements issued by the Syrian regular forces on its impending ground offensive against Sahl al-Ghab. Bombardment of the bridges, however, triggered the outrage of the residents and the local councils, given that blocked farmers back and forth to their farms adjacent to the bridges and prevented the movement of estimated 50,000 civilians throughout Sahl al-Ghab. Nine villages were directly affected by the bombardment; Qabr Fidda, al-Ramlah, al-Tamanah, al-Kareem, al-Drableh, al-Ashrafiya, al-Hakoura, al-Tuwayni Bridge, and al-Tuwayni.

Local activists published a footage, on August 30, 2018, showing a tunnel recently dug by a military faction and the use of railway pieces in constructing it. Other activists, on the other hand, reported that the pieces used, girders and those in the roof, shown in the footage were dismantled gradually by HTS. STJ could not verify the filming location nor the identities of the persons appeared in the video. 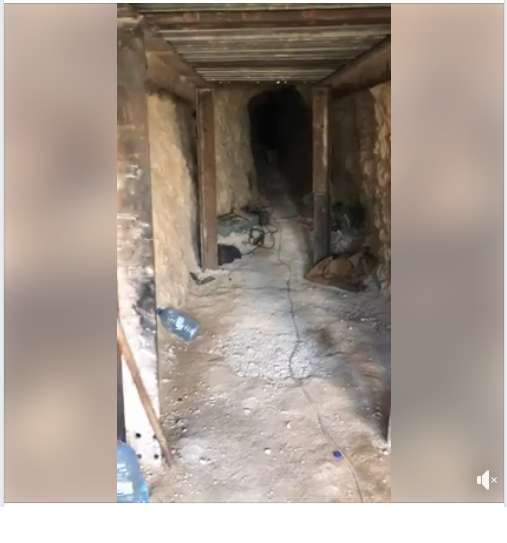 A still taken from the footage published by local activists on August 30, 2018, showing pieces of the railway used to strengthen the tunnel. 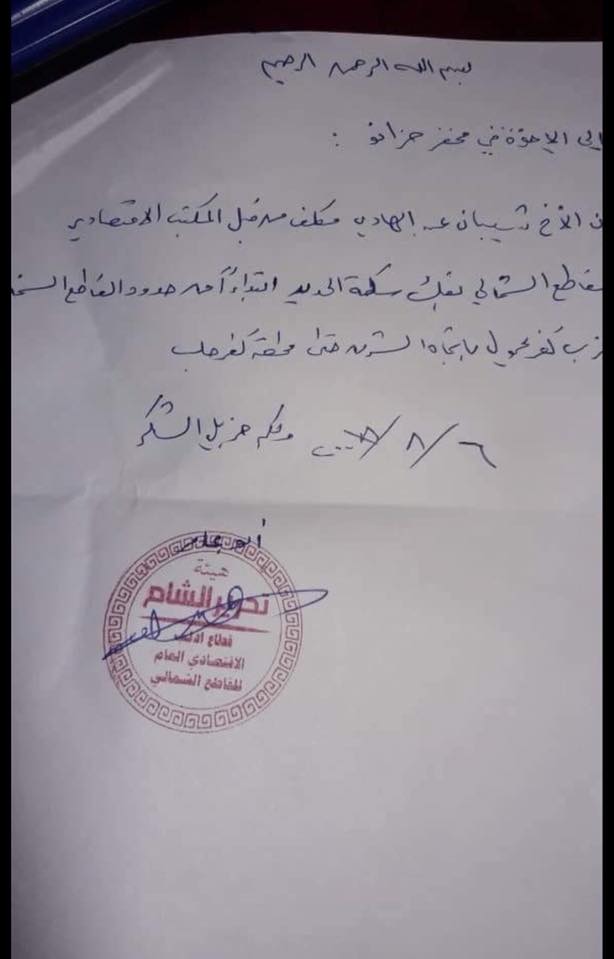 A decision issued by HTS on hiring someone to dismantle a railway.
Photo credit: local activists

Saied indicated that they managed to take footages and photos of HTS agents while dismantling the railway. 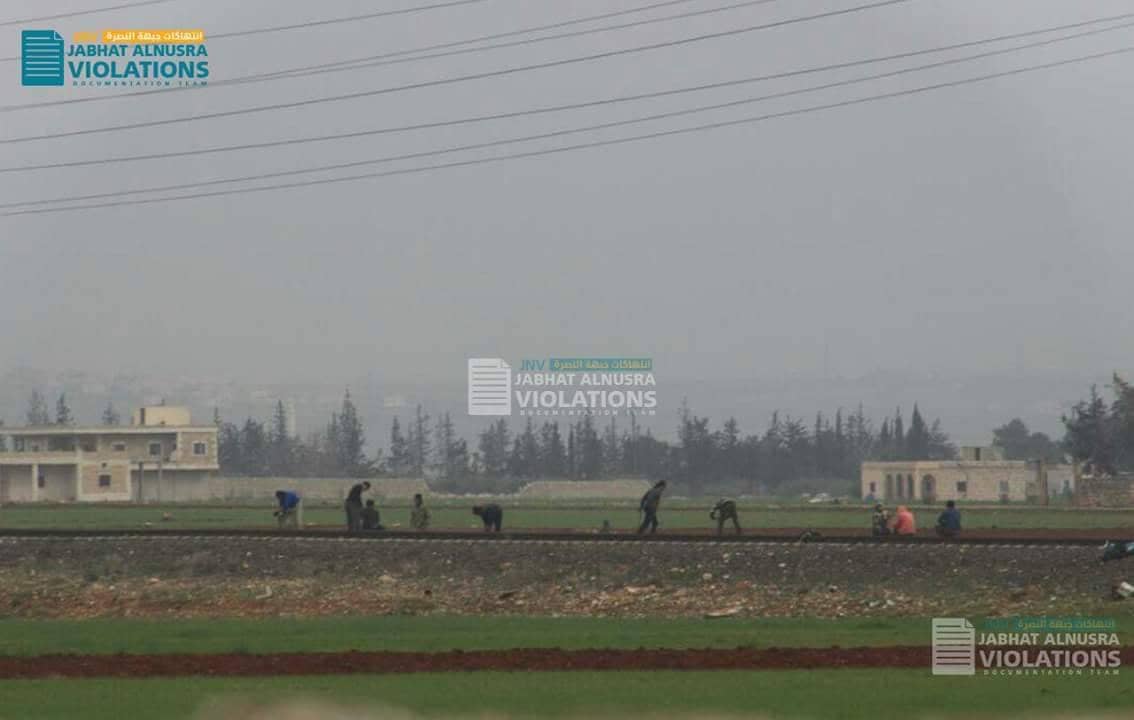