Each fighter was paid 10,000 Turkish liras (TL) for the full military service term. A number of dead recruits’ families were granted 25,000 TL supposedly as a compensation 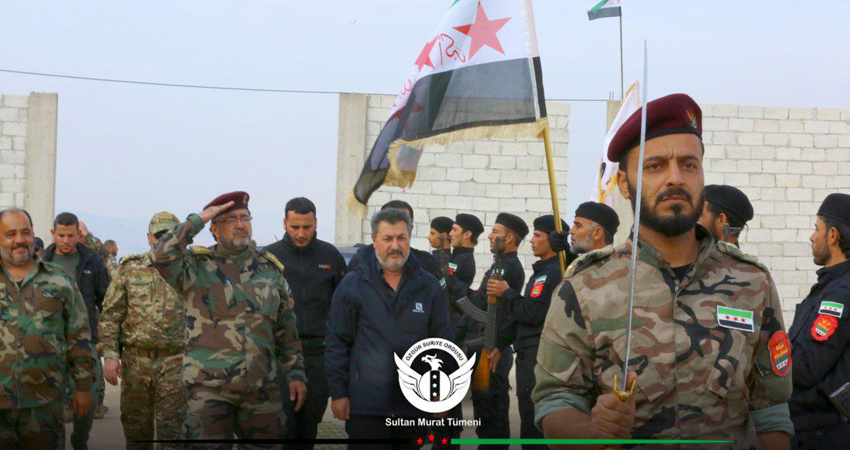 The graduation of a batch of Sultan Murad Division fighters in Afrin region.

Syrians for Truth and Justice (STJ) obtained new information from a reliable source confirming the death of 293 Syrian mercenaries, out of a total 2580 Syrians, both fighters and civilians, recruited by Turkey to serve alongside Azerbaijani forces in the military conflict with Armenia over the disputed region of Nagorno-Karabakh (also known as Artsakh). Additionally, the source verified that the Caucasian jihadists shipped by Turkey to Azerbaijan prior to the outbreak of the 2020 war have still not returned to Syria.

Syrian mercenaries began returning to Syria after a ceasefire agreement declared the end of the 2nd Nagorno-Karabakh war of Azerbaijan and Armenia, fought between September and November 2020. The agreement was signed on 9 November and went into effect the next day. By late 2020, Turkey had returned all the mercenaries it recruited to Syria.

For the purposes of this briefing, STJ interviewed three sources, one fighter, who described the nature of tasks recruits were assigned, and two officers of the opposition-affiliated Syrian National Army (SNA), who provided information on fighter recruitment and return conditions.

Pertaining to the numbers of recruits, as well as casualties, a high-ranking SNA officer told STJ:

“2580 Syrian fighters were shipped to Azerbaijan. At the end of hostilities, we documented the deaths of 293 fighters. However, we could not obtain exact data on the number of wounded fighters because they were treated in different places. Some of the injured were offered medical care in Azerbaijan, others in Syria.”

“Each fighter was paid 10,000 Turkish liras (TL) for the 3-month-service in Azerbaijan, including the pre-travel advance of 1500 TL. Wounded fighters were not provided with compensation. However, the families of dead recruits were granted 25,000 TL compensation each. To my knowledge, death compensations have already been delivered to a number of families in Mare city.”

Both fighter numbers and compensations listed herein are provided by the source. STJ was unable to communicate with the families of any of the fighters killed in Azerbaijan to verify the death compensation amount, the manner it was delivered, nor whether all families received similar compensation.

In a former report, STJ exhaustively documented Turkey’s transfer of 150 Caucasian jihadists from Idlib to Azerbaijan over July 2020. Reportedly, none of these fighters returned from Azerbaijan.

Regarding the return of these fighters, STJ interviewed a second SNA officer, whose exact account is quoted below:

“Those who stayed in Azerbaijan are Caucasian jihadists, who have Turkmen origins. These were certainly granted the Azerbaijani nationality. As for Syrian Arabs, they all returned to Syria.”

Additionally, STJ talked to one of the Syrian fighters brought home from Azerbaijan. He said:

“I returned to Syria on 13 October, within the batch that included the bodies of 32 dead fighters. The battles there were fierce. We were heavily bombarded. The war there is fought by armies and is nothing like the battles we are fighting in Syria, or in Libya. We knew very well that we were hired to fight. We were not assigned guard tasks or any such duties. We fought only!”