Robbery was the motive of the crime; the two killers lured the victim and tried to torch his car on Jan. 1, 2020; they were later captured

A public demonstration in Tell Abiad against the Glory Corp/Faylaq al-Majd group after two of its members murdered a civilian from the town. Taken in: Jan. 3, 2020. Credit: STJ.

Two members of the Glory Corp/Faylaq al-Majd, affiliated to the National Army of the opposition’s Syrian Interim Government, murdered a civilian in Tell Abiad, in Raqqa, in order to rob him. They lured him to near one of the Crop’s military headquarters on January 1, 2020, killed him there and then tried to torch his car to conceal their crime. In response to the incident, Tell Abiad witnessed a big public outcry demanding the expel of the Glory Corp from the town and the closure of all military headquarters there.

The town of Tell Abiad has been taken over by Turkish forces and allied groups in the National Army, as a result of “Operation Peace Spring”, which was waged on October 9, 2019.

The town of Tell Abiad is mainly controlled by the Levant Front/al-Jabhat al-Shamiya and Faylaq al-Majd, who committed numerous violations against civilians, including arrest and torture in detention centers, in addition to the seizure and robbery of civilian property; STJ prepared detailed reports on some of these incidents.[1]

STJ field researcher pursued the matter and met the victim’s family and a medical worker who took part in the examination of the victim’s body as well as a member of the Military Police, which investigated the case.

On January 1, 2020, the two members of Faylaq al-Majd A.S.H.A.R. and A.Z.H. asked the victim Ammar al-Haji (an Arab) to drive them to one of Faylaq al-Majd’s headquarters in the village of Kindar, located to the west of Tell Abiad. When they arrived there, they asked him to get out of the car and give them his mobile phone and money. The victim, however, tried to escape, but they shot him in the shoulder, so the car veered off the road and then the two members approached him and shot him in the head from very close range.

STJ field researcher talked to the nurse Ahmed al-Issa who participated in examining the body, he said:

“The hospital received the body between 4:00 and 5:00 p.m. At first glance, it seemed that he had been hit with a blunt object on the head, but after examination, it was found that he was killed by a through-and-through gunshot to the mouth and the head, he had also another gunshot wound in the shoulder.”

STJ field researcher also met a member of the military police who witnessed the investigation with the perpetrators; he said:

“The two killers confessed to the crime and told its details saying that they asked the victim to drive them to the village of Kindar at 2:00 p.m., and when they arrived they asked him to get out of the car but he tried to escape so they shot him; A.S.H.A.R shot the victim inside his mouth. The killers tried to burn the car but did not manage to, so they entered the village and changed their clothes, and in the meantime, a member of Faylaq al-Majd in the village learned about what happened and informed the officials in the headquarters, who requested the Military Police to inspect the murder site, where they found clothes of the two killers stained with blood. The Police member took the body to the Tell Abiad hospital, and the Faylaq al-Majd turned its two criminal members to the military police.”

“The military police inform us that they found my brother killed in the village of Kindar and that they transported the body to the Tell Abiad hospital. We went there to identify the body, and it was indeed for my brother Ammar. I called back those who informed me about the crime to ask if they know who did it; they told me that they had arrested the two killers and put them under investigation. I and a number of our cousins went to the prison and demanded retribution for the killers, and we were assured by members of the Ahrar al-Sharqiya group and the Levant Front that investigations are continuing and that criminals will be held accountable.”

He added: a brother of one of the killers called us to say that his family disowned the latter and that he was mahdoor-al-dam (deserving of death) for a long time, as he had previously killed a person in the city of Jarabulus for a small amount of money.

In a separate incident, on December 28, 2019, in the village of Al-Thawra/Al-Jalabah, which is on the front line between the National Army and the Syrian Democratic Forces (SDF), members of the Faylaq al-Majd- in control of the village- harass a farmer called Rashid Ahmed, and asked him to leave the land he was plowing. A quarrel broke out between the farmer and the group’s members, which drove the latter to shoot in the air several times, beat the farmer and insult him. Then one of the members put his gun barrel on the farmer’s chest and threatened to kill him, but when the people of the village gathered the two members flee, and the farmer died two hours later of a heart attack. 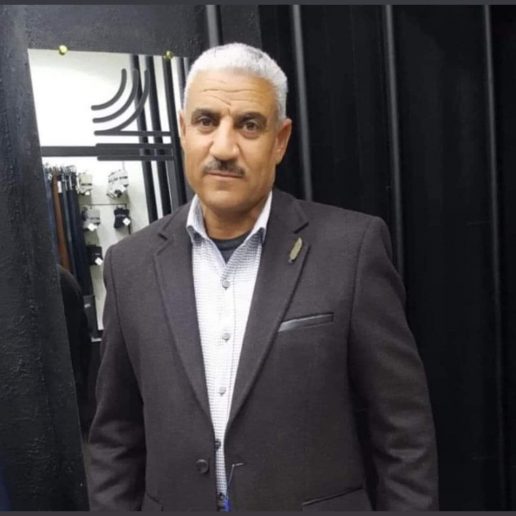 3. About the Glory Corp/Faylaq al-Majd:

It is a rebel group formed in 2017 by Yaman Talju and other defectors from the Army of Islam/Jaysh al-Islam. Initially, the number of the group’s fighters was no more than 200, according to media reports.

Faylaq al-Majd operates under the 3rd corp in the National Army, affiliated with the Joint Chiefs of Staff of the Ministry of Defense in the Syrian interim government, under the National Coalition for Syrian Revolution and Opposition Forces, based in Istanbul.

In 2018, the Major Yasser Abdul Raheem defected from the Sham Legion with a number of fighters- as a result of internal disagreements- and was tasked with the lead of Faylaq al-Majd. In early 2019, after Nour al-Din al-Zenki Movement announced dissolution, its fighters also joined Faylaq al-Majd, bringing the number of the latter’s fighters to 3000, from different Syrian provinces.

“Operation Olive Branch”, which was waged by Turkey and allied National Army against Afrin in early 2018, was the first military operation for Faylaq al-Majd to fight in, receiving full and direct support from Turkey.

Faylaq al-Majd committed widespread violations against the Kurdish-majority people of Afrin, as it seized and confiscated civilians’ property, including houses and olive groves, along with other groups of the National Army.

Faylaq al-Majd also fought alongside Turkish forces in “Operation Peace Spring”, which was launched on October 9, 2019. The group was active specifically in the town of Tell Abiad in Raqqa, where it also committed violations, included seizing houses, robbing businesses, making arrests against civilians and mutilating bodies of SDF fighters, killed by it.