“Syria’s Diversity Must be Defended and Supported by Law” 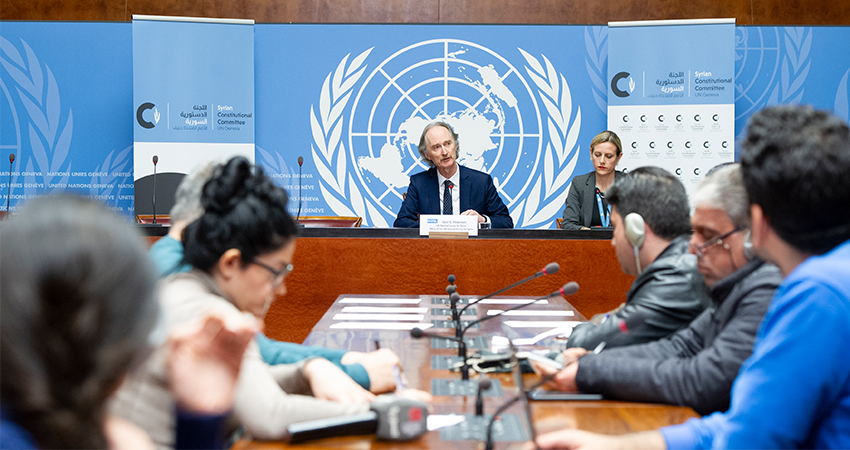 Syrians for Truth and Justice, with the support of the National Endowment for Democracy, organized consultations and documented the perspectives of over 80 Syrian civil society representatives, activists, and civilians in Northeastern and Northwestern Syria on topics related to the constitution-building in Syria.

To share the results of our consultations in Syria, STJ is publishing this report as the second of a series of five exploring the following topics:

Peace-building discussions frequently use the term “inclusivity”, and it remains a vital component to conflict resolution in the Syrian context. The last years of war heightened ethnic and religious tensions in the diverse country, sowing division, and resentment. Any durable result to the Constitutional Committee’s actions necessitates the inclusion of diverse voices. Inclusivity must be at the forefront of both the constitution building process and the content of the new or amended Syrian constitution the committee prepares. In this context, inclusion throughout the constitution-building process in Syria means consulting with all sectors of Syrian society regardless of region and political perspective, as well as paying special attention to include women.

Bringing together all the voices within Syria to discuss their needs for the present, and aspirations for the future, will not only support the durability of the new and amended constitution, but can serve as a starting point for Syrians to begin addressing the consequences of the war which divided them. The benefits of a truly inclusive constitution-building process is not only a constitution representative of Syrian society, but a process which allows for reconciliation among opposing groups, addresses grievances, and prevents further polarization and conflict deterioration . In other words, advocating for inclusivity in the constitution-making process will have a positive impact not only on the constitution, but on the holistic peace-building process. However, achieving inclusivity is not an easy task.

Sabah Alhallak, a member of the Syrian Women’s League since 1985 and a current member of the Syrian Constitutional Committee, has said one of the primary concerns during the committee meetings is turning symbolic discussions about diversity and inclusivity into actions. In her words:

“Syrian diversity is not a mosaic to be mounted on the wall and admired, but something which must be defended and supported by law.”

When the Syrian government amended the constitution in 2012, the constitution failed to be inclusive and consequently failed in both reconciling the differences among the people and paving a new path forward for the nation. The Constitutional Committee must not make the same mistake in writing this new Syrian Constitution.

In this report for the project ‘Syrian Voices for an Inclusive Constitution’, we bring together diverse Syrian voices together to answer controversial questions of Syrian national identity and human rights and highlight the opinions of underrepresented groups. Inclusivity processes are often time consuming and the subjects they raise highly contentious. However, real inclusivity requires these difficult conversations, which is why the following report outlines and contextualizes competing ideas about Syrian identity which emerged from our interviews with respondents. While we will explore where Syrians disagree, we will also show where they agree or are willing to compromise, demonstrating that inclusivity in the constitution-building process is a powerful step towards reconciliation and peace.