Syria: The Ministry of Justice Newly Requires Security Clearances for Receiving Powers of Attorney for Missing and Absent Persons

Circular 30, issued by the Syrian government’s Minister of Justice, violates Syrian law, the Syrian Constitution of 2012, and the rights of the families of missing and absent persons 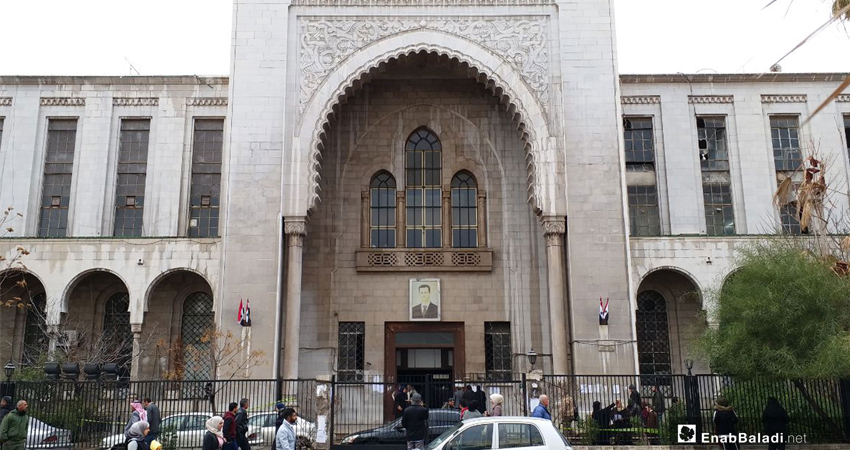 On 16 September 2021, the Syrian government’s Ministry of issued Circular 30, which requires individuals obtain a security clearance to initiate power of attorney procedures for absent and missing persons.

Receiving powers of attorney for absent and missing persons is an important tool for the families of absent and missing persons, allowing them to receive the individual’s salary and pension, as well as submit legal documents in their name. While this power is not absolute, as it is subjected to a sharia judge’s discretionary power, over the past ten years, families could apply to receive the power of attorney without a security clearance —an ability which has now ended.

Ahmed al-Sayed, the Syrian Minister of Justice, justified the issuance of Circular 30 by citing the increased submissions for powers of attorney for missing and absent persons, who the Minister assumes are mostly wanted or dead. The Minister noted that in some cases, powers of attorney were being used in ways which harmed the interests of those missing.

In this report, Syrians for Truth and Justice (STJ) explores the legal implications of Circular 30 and its potential impact on the families of missing and absent persons across Syria.

Definitions of Missing and Absent Persons in the Syrian Law

War, unrest, and natural disasters result in numerous cases of missing persons whose status as alive or dead cannot be confirmed. These people’s absences freeze their properties and transactions, affecting their families both emotionally and financially.

The Syrian government’s Ministry of Justice newly requested a Summary of Criminal Record, for both the agent/attorney and the absent/missing person to grant power of attorney, as well as a report of the check ins and outs for the agent from the Immigration and Passport Department.  If the person is missing, those seeking powers of attorney must provide certified copies of the police report and the minutes (a semi-formal report) of the mukhtar who drafted the incident.

The process of obtaining these documents has been complicated since the onset of the Syrian war in 2011, especially when security clearances have become requirements for pursuing most legal proceedings.

Since 2015, obtaining a security clearance has been a prerequisite for initiating almost all government transactions, including those related to marriage, employment, obtaining a passport, renting a house, establishing businesses, and selling real estate.

Article 205 of the Personal Status Law states: “Any person missing for a period of four years, which was the case for many families throughout the conflict, can be declared legally dead by the courts”. The absent or missing person requires his mother or wife to prove his status to initiate the transaction for getting a power of attorney for him. The proving status procedures begins with filing a lawsuit which requires a police report and testimonies from two witnesses confirming that the person has been missing or absent for more than four years.

Circular 30 then requires wives or mothers of missing or absent men to obtain security clearances before initiating the status proving procedures. Notably, these procedures are complicated, and are made more challenging when the missing or absent person’s family is outside the country.

In regime-held areas, most of the wives or mothers who attempted to obtain security clearances were subjected to insults, blackmail, and other abuses. The failure to obtain a security clearance impedes the subsequent legal actions, such as transferring inheritance, issuing identification papers, moving bank accounts, issuing bank cards, receiving salaries and pensions on behalf of the missing or absent person, and more.

A legal scholar working with STJ argues that the Syrian Minister of Justice’s Circular 30 violates the Personal Status Law, which alone does not require security clearances to submit for any type of power of attorney (Articles 202 to 206).

Furthermore, Circular 30 violates the Syrian Constitution of 2012, specifically Article 50, which states: “The rule of law shall be the basis of governance in the state.”

STJ’s legal scholar confirmed that Circular 30 would affect the interests of millions of Syrians, especially those displaced outside the country, who are identified as absent or missing by the Syrian Personal Status Law, and those living in it outside the government-controlled areas.

[…] of the disposal of the properties of missing and absent people. The Personal Status Law defines absent and missing persons in Articles 202 to 206 […]