Syria: A Brief Guide to Protecting the Rights of Religious Minorities

This guide explains the human rights-based approach to the issues of religious minorities in Syria, which aims at protecting diversity and establishing an equal citizenship status 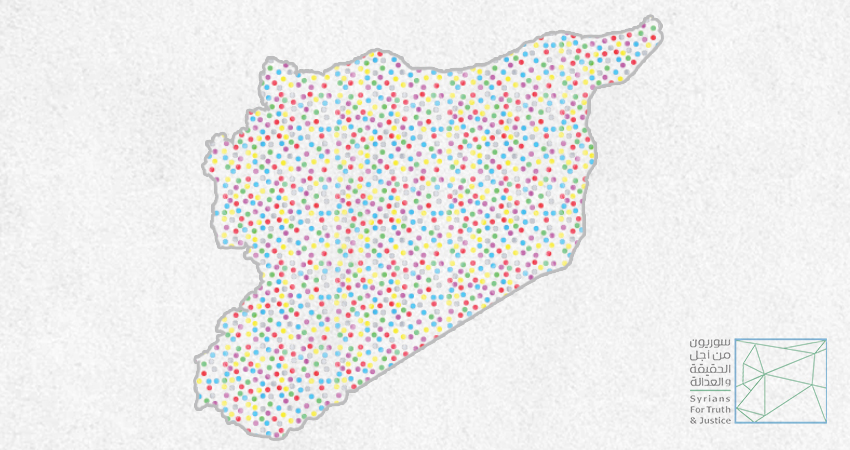 In a research paper titled “Governance of Diversity in Syria” (2012), the late Syrian thinker Hassan Abbas notes that “like other societies in the Middle East, Syrian society is an astonishing mixture of religious and national elements that made the country a real mosaic.”

He attributes this characteristic to the historical nature of “the eastern Mediterranean region, a major part of which is the area known as the Greater Syria region,” which “has always attracted and served as a passageway for different peoples and civilizations. According to historians, more than thirty-eight different civilizations have passed through it at different times, some of which were mere passersby while others settled down, formed a national minority, and left their imprint on the local culture. Not only was the region a refuge for people fleeing the ravages of history; as the birthplace of the three monotheistic religions, it was the arena of major civil and intra-religious warfare.”

While conflicts persist, despite their different modern nature due their combination of religious and ethnic tensions, Abbas argues that “diversity itself” is not the underlying cause of the widening chasm between societal components in Syria. Instead, he locates the reason in “rather the bad management of this diversity, which has exerted its security pressure in order to keep a bright outer image of coexistence, regardless of the hatred and repulsions that this approach may create.”

Based on the argument of “the mismanagement of diversity” that Abbas proposes, this Guide seeks to examine the tools the Syrian State has used to undermine Syrian diversity and oppress minorities, including religious ones. Additionally, the Guide elaborates on how these tools transformed minorities into vulnerable communities, liable to a wide range of human rights violations, old and recent, predating the conflict or caused by it.

In pursuit of its goal—providing means of protection for religious minorities, the Guide frames its proposals with a set of international treaties and covenants on human rights, most of which deal with minority rights as an obligatory factor for humans to enjoy their basic rights. The Guide supports international frameworks with local approaches, existing in national laws that establish minority rights.

In addition to these sources, the authors of the Guide, a team of researchers with Syrians for Truth and Justice (ST), include observations and feedback from local minority rights organizations and activists, collected through their comments upon reviewing drafts of the guide.

While the concept of “minorities” is a persistent challenge because it still lacks a consensus definition at the international level, STJ— for the purposes of this Guide—will apply to the Syrian context the concept promoted by the United Nations Special Rapporteur on minority issues in the report he presented to the UN General Assembly in October 2019. That is:

Notably, this Guide complements continued international efforts invested in the field of minority rights protection, whereby the first significant attempt to identify internationally recognized minority rights was through a number of “minority treaties” adopted under the auspices of the League of Nations. The League was established in 1919, after World War I, under the Treaty of Versailles “to promote international cooperation and to achieve peace and security.

With the creation of the UN in 1946, attention initially shifted to universal human rights and decolonization. However, the UN has since developed a number of norms, procedures, and mechanisms concerned with minority issues.

The consolidation of States along linguistic lines, the expansion of trade, and the increasing need for literate populations who could work successfully in the context of the industrial revolution, placed pressures on smaller or less powerful communities to conform to dominant linguistic and cultural norms. By the time of the outbreak of the First World War in 1914, national or minority concerns were at the forefront of international politics, especially in Europe.

Building from existing literature and historical context, STJ hopes this Guide will provide organizations, activists, and defenders of minority rights, as well as Syrian legal professionals with a procedural document that can help them see the factors needed to achieve coexistence in Syria, and thus safeguard protection for minorities, especially religious ones.

Notably, in his approach to diversity in Syria, Abbas aggregates the components of Syrian society nationally and religiously. The national component further branches out into:

Under the religious components, Abbas has three categories:

It is important to mention that despite his comprehensive approach, Abbas is often criticized for neglecting to mention the Yazidi component in his societal structure, even though the Yazidi communities have been living in Syria for decades and are a major component of its religious fabric.

Throughout his research paper, Abbas cites contested figures as to the real numbers of each of the components and elements in Syria, pointing out frequent and wide variations between figures collected by the official government census and others documented by bodies representing the groups listed.

The government opts for such demographic discrepancies because actual figures would reveal the extent of diversity in Syria and would present a useful tool to identify the size and type of needs for each ethnic group independently, including some group’s needs to have official documents and road signs in their languages in their areas of residence. Instead of using the census to understand minority needs, the ruling powers in Syria have used the census as a tool of oppression.

In 1962, for instance, the Syrian government (SG) conducted a special census in al-Hasakah province. The Kurds had to present authorities with documents proving their identities and confirm their presence in Syria before 1945.[6] Afterwards, the authorities stripped everyone who did not submit the required documents of their Syrian citizenships. Importantly, the authorities failed to notify Kurds living in remote suburbs about the census. These groups had no information about the objectives or consequences of the census, and therefore did not submit their documents.

In the aftermath of the census, the SG deprived about 120,000 to 150,000 Kurds of Syrian citizenship. Those who were rendered stateless constituted approximately 20% of the Kurdish population at the time. Notably, statelessness poses several repercussions to the individuals affected, who are denied State services and all their civil rights, including access to healthcare, education, subsidies vouchers, property ownership registration or transfer, legal registration of marriages, passports, employment within public departments, starting their own businesses, and the right to vote.

Because the adverse impacts of the manipulated census can affect several generations, Syrian researchers, human rights advocates, and legal professionals must approach the historical demographic census—especially scans carried out during sensitive political periods, under occupation, or in the presence of colonialist powers, critically before applying census findings to analyses relating to minority rights and policies.

Caution is a necessary measure because few Syrians trust the authenticity of the available census data and the policies which hinge upon it. There are plenty of examples of the politicization of the census, including the falsification and manipulation of its statistics.  Considering this, researchers should also investigate the parties that publish census reports and attempt to understand the true motivations underlying the reports to keep abridged of political goals or biases which may impact census data.

Minority censuses must not seek, in any way, to exhibit the members of minority groups as inferior to the members of the majority group and its dominant identity. Therefore, regardless of the percentage that a group constitutes of a country’s total population, whether that percentage is 6 or 60, the group’s members must be entitled to the same rights made available to the rest of the population. Applied to Syria, this entails that whether a Syrian citizen is a member of the majority or a minority group, whether ethnic or religious, he/she must have access to an identical set of rights, including the rights to education, healthcare, civil participation, and security.

Notably, the actual count of each minority group in Syria continues to be the subject of controversy. However, the emphasis today must be placed on meeting the needs of Syrians, regardless of their affiliations, as well as on acknowledging that it is the obligation of the ruling powers in Syria and the international community to look into these needs and address them, as long as they remain unmet.

Therefore, with this Guide, STJ seeks to delve into the major struggles of minorities and briefly examine the status of their rights and the obligations that bound the Syrian State to these communities. For its core purpose, the Guide will offer general lines along which readers and users can expand further on the issues discussed. Notably, because it is beyond the scope of the Guide to attend to all minority groups in Syria or their nuanced struggles, the Guide will limit its thematic concerns to religious minorities and thus will not address the rights of other minority groups, including ethnic, linguistic, and cultural communities.

Religion or belief is an essential part of individuals’ perspectives on life, as well as philosophical approaches to their surrounding environments, influencing the way they interact with people who embrace different religions and beliefs. The effect of these elements often passes from the realm of the individual into the public realm, affecting the dynamics between the diverse components within a single society and the outcomes of these interactions.  In societies where religion-based perceptions hinge on mutual respect, members of society tend to have healthy relations and struggle with lesser patterns of marginalization or alienation. However, in societies where religious intolerance is rampant, interaction outcomes tend to be catastrophic, especially if one or more of these societies’ components possess different elements of strength, including numbers, weapons, and power. Of the many repercussions that such societies might suffer is the use of warfare and murder as a means of expressing the non-acceptance of the other.

In the Syrian context, the second scenario has been looming large, affecting all its components. For nearly eleven years, powers on the ground often adopted discriminatory approaches to rule the populace in their areas of control. These approaches were founded on several grounds, including religion and belief.

In response to this reality, the current Syrian government and upcoming ones must find means to liberate Syrian society from these diseases, establish a culture of tolerance, eliminate discrimination on all bases, and enhance equality among all.

On the path towards social recuperation, current and upcoming governments must also facilitate the creation of an environment that is capable of fostering coexistence among all the religious components in Syria. To this end, the Guide lists a few procedural recommendations for the government, which are sufficient to lay the groundwork for coexistence:

To read the guide in full as a PDF, follow this link.