Russia deployed at least 500 Syrian fighters to Ukraine between March and April 2022, including recruits from the 8th Brigade and the al-Sayyad Security Company 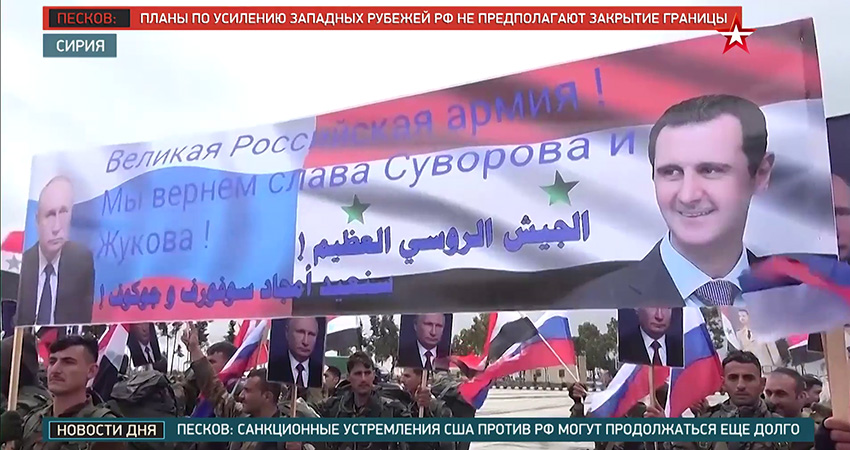 In this brief report, Syrians for Truth and Justice (STJ) presents exclusive testimonies obtained from the families and relatives of deployed Syrian fighters, in addition to information from officers. The sources’ accounts demonstrate that Syria-stationed Russian forces transported at least 500 fighters to Russia to join combat east of Ukraine in support of Russian forces as mercenaries. Notably, all the fighters had previously registered their names with security companies and local recruitment brokers.

The STJ-monitored transport operations from Syria to Russia were carried out through the Russia-operated Khmeimim Air Base (Hmeimim Air Base) between March and April 2022. Russia conducted these operations in sync with similar transfers of Syrian fighters from Libya, who were also to join military action in Ukraine alongside Russian forces.

STJ has already published two reports while monitoring Syrian mercenary activities in the context of the Ukrainian conflict. The first documented the start of the registration of the names of fighters in Syria. The second tracked the flights of Libya-stationed Syrian fighters to Syria, in preparation for their transport to Russia and later to Ukraine.

STJ built this report on the testimonies of relatives of fighters, who had already traveled to Russia, and information from second-class officers within the Syrian Government (SG) forces. These officers serve within the military groups and divisions from which transported fighters were recruited.

To verify the transports, STJ matched the fighters’ travel dates reported by sources with flight logs available on Flightradar24. STJ confirmed that these transports were carried out between 14 March and 7 April 2022 (see annexed photos).

The information obtained by STJ indicates that at least 100 fighters, from southern and central Syria, were flown to combat fronts east of Ukraine. These fighters were recruited by al-Sayyad Company for Guarding and Protection Services, known as Islamic State (IS) Hunters, and Russian forces in return for financial compensation, varying between 1000 and 1500 USD monthly. The recruits were also promised post-mission incentives, as well as the ability to rejoin the Syrian military formations from which they were enlisted.

From interviewed military sources, STJ learned that no less than 530 fighters were recruited and transported from the 25th Special Mission Forces Division after they attended 15-day military training by Russian officers. Additionally, the sources said that, before the fighters, several officers and commanders from SG forces and their allied militias were deployed to Russia, to facilitate and organize the reception of arriving fighters and oversee task assignments.

The first source, from al-Mahamid family, is a relative of one of the fighters recruited to Ukraine.[1] The recruit was serving within the 8th Brigade of the 5th Corps, founded and funded by Russian forces in Syria, and stationed in Busra al-Sham, in Daraa province. The source narrated:

“My relative was a fighter within the former [Yarmouk Army], affiliated with the Syrian armed opposition. Later, he joined the 8th Brigade, within the artillery unit. He told me that he registered his name to fight in Ukraine. He also said that he and 50 other young men from Daraa, As-Suwayda, Rif Dimashq (Damascus countryside), were assembled in a square in Busra al-Sham city and relocated to Khmeimim Air Base on 14 March 2022, in preparation for transporting them to Russia. There, they told them that they will get 1300 USD monthly salary and that the mission had no specific duration. They also promised them that they will receive a salary raise when they are back. I lost contact with my relative that day.”

The second source, from al-Hissni family, is a relative of one of the fighters transported to Ukraine within the earlier batches.[2] The fighter finished mandatory military service with the Syrian regular army in 2021, under which he served in Ad Dumayr area, within the tank units. The fighter joined the al-Sayyad Company in early February 2022. The source narrated:

“My relative joined al-Sayyad Company through a person called Hussam Abu William, who hails from Sahlab town. When he registered his name with the company to fight in Ukraine, they asked him to apply for the fighter assessment test in a military training field in As Sayyid village, in Furqlus area. They also asked for five photos, his identity document (ID), and bayan Wade’ Tajnid (military status determination statement).”

“I last talked to my relative on 14 March. He told me that the salary was approximately 1000 USD. He also told me that he was present at the Khmeimim Air Base and that he would not be able to contact us directly from now on. He was expecting that they will be transferred on the same day. We lost contact with him. However, we can still check on him through Abu William.”

The third source is a former colonel within the Syrian army and a former commander within the Ahrar Horan (Rebels of Horan) Division. Today, he holds a position that authorizes him to directly contact the Russian Military Police in Daraa province. He consented to provide testimony on the condition of anonymity. The source narrated:

The fourth source is an officer within the 25th Special Mission Forces Division, of the (Quwwat al-Nimr) Tiger Forces, led by Suheil al-Hassan. He narrated:

“So far, the division has assigned 530 fighters to fight in Ukraine. Several have already been transferred to Ukraine, particularly to Kherson, in over three flights. These batches departed from Khmeimim Air Base on 24 and 25 March and 7 April. These fighters were distributed into divisions, each of about 25 fighters, and each headed by an officer and accompanied by a translator. These fighters were prepared to join battles east of Ukraine first, and then guard the cities that Russia controls. Fighters would be paid approximately 900 USD for every month they spent in Ukraine, and 400 USD for each of these months when they are back in Syria.”

“These fighters were enlisted under the claims of volunteering and defense on the side of the Russian army. Before they were transferred to Russia, these fighters were subjected to 15-day trainings, including on air landing operations, under the supervision of Russian officers in the areas of Kafr Nabl and Khan Shaykhun, south of Idlib.”

[1] The names of the source and the fighter were both withheld at the source’s request.

[2] The names of the source and the fighter were both withheld at the source’s request.