At least 12 asylum-seekers (men and women) killed and others injured by the Turkish Gendarmerie in July, August, September and October 2019 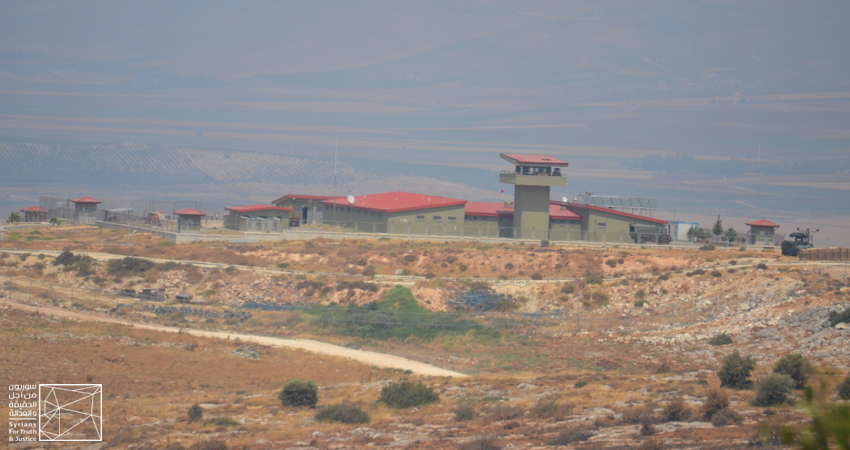 At least, 12 men and women shot dead by the Turkish border guards (Gendarmerie) while attempting to access into Turkey illegally during July, August, September and October 2019. Turkey continues violating its international obligations, including the International Covenant on Civil and Political Rights and the European Convention on Human Rights, by firing live bullets, beating, abusing and insulting asylum-seekers on the Syria-Turkey border. These violations have not ceased, despite dozens of appeals and many human rights reports that documented these acts since the outset of the asylum process to Turkey in 2012.[1]

According to victims’ relatives and witnesses who managed to access into Turkey, the Gendarmerie forces always fire live bullets on asylum-seekers and beats, tortures, insults, and uses those they caught in forced labor, and deport them back to Syria.

STJ recommends that the Turkish government and the international community need to take serious steps that reduce violations against asylum seekers fleeing death, as violence and military operations continue to threaten Syrians and push them to search for a safe place to save their lives, knowing that Turkey has closed its borders with Syria since mid-August 2015 after the International Federation concluded a controversial immigration deal with Turkey that would prevent the flow of refugees to Europe.[2]

For the present report, STJ meets a medical worker and an asylum seeker tortured by the Turkish Gendarmerie as well as three relatives of victims who have been recently shot dead by Turkish border guards. STJ has also tracked some smuggling methods through which asylum seekers are killed and interviewed two smugglers.

STJ has already prepared detailed reports about other violations committed by Turkey against refugees on its territory; thousands of Syrian refugees throughout Turkey and in the city of Istanbul in particular, have been subjected to mass deportations and forced returns to Syrian territory, as a part of the latest campaign launched by the Turkish authorities-against those whom it described as violators of the country’s laws-which reached its climax in July 2019.[3]

STJ field researchers documented the killing of at least 12 people, including three women and two smugglers, by Turkish Gendarmerie bullets at the Syrian-Turkish border from the side of Idlib province, during the months of July, August, September, and October. Our researchers also met some victims’ relatives and a medical worker at a border hospital, which receives dead or injured people, tried to cross into Turkish territory illegally.

A medical worker at one of the border hospitals in Idlib said-he asked anonymity and refused to disclose the name of the hospital he works in:

Field researchers documented names of the victims fell by bullets of the Turkish Gendarmerie:

In July, the two smugglers Khaled F. and Alaa S. shot dead by the Gendarmerie on one of the smuggling routes.

The civilian Mohammad Naser al-Naser shot dead by the Gendarmerie in the vicinity of the village of al-Deria in the same month.

Brother of Safaa Abu Bakr said on her killing:

“We made several attempts to get my sister illegally into Turkey, but we failed. On Friday October 12, the smuggler said that the road of Kawklo was passable, so my sister went there; she was 150 meters near the border wall with a group of people when the Gendarmerie fired explosive bullets directly on them; one of the bullets exploded when hit a stone or the like, and a resulting shrapnel hit my sister’s backbone, killing her.”

A relative of the victim Hadeel Ahmed al-Hussein,18, said:

“Hadeel was trying to smuggle into Turkey through Sahlab-al-Deria route and when she and the group came close to the border at about 12:30 AM. the Gendarmerie fired towards them injuring Hadeel in the back. She was taken to al-Qena hospital in Darkush but unfortunately, she had been already dead.”

On the kill of Anas al-Abu Mariouma, his brother said to STJ:

“Anas agreed with the smuggler to meet in the city of Harem at 10:00AM. I called the smuggler on the Turkish side at 12:00 PM. and he told me that Anas would arrive in Reyhanlı at 1:00 PM. However, a few hours later, our neighbor came and told me that she read the news of the killing of my brother Anas on a Facebook news group and that he was taken to a hospital in Turkey from where we pick up his body the next day.”

On the killing of Mohammad al-Zawari, an activist from the village said to STJ:

“Mohammad received two bullets in the back from the Gendarmerie on August 22, and the latter prevents people from taking him to hospital by firing towards the body to intimidate them. However, a little later, people managed to drag the body of Mohammad and gave it to his family.”

2. Smuggling routes through the border wall:

According to statements obtained by STJ from smugglers and people used smuggling routes, people who smuggle across the border fence usually come from the side of the villages opposite it; like Harem, Kherbet Eljoz/al-Deria, Darkush and Kafr-louseen, which are not safe at all, as the Turkish border Gendarmerie directly targets the crossers with live bullets, or detains and transfers them to Idlib via the Bab Al-Hawa crossing immediately.

Accessing to Turkey through smuggling routes usually costs between $300 to $500 per person. Smugglers deduct $25 to $50 from each amount to be paid for an “access receipt” from HTS’ Border Security Office, located in the village of Khair Jamous in Harem. However, this amount returned to the person if his/her smuggle not succeed.

Local sources told STJ field researchers that some smugglers agree with the Turkish border officer on shift duty that the latter allows people to jump over the border fence or transfer them from the wall to the nearest residential point away from the Gendarmerie without shooting them in exchange for an amount of money. Smuggling this way costs between $1500 to $1900 per person.

The sources also indicated that there is another way to cross into Turkey which is through the Orontes River, as people transported between the two sides of the river to Turkish territory by homemade rafts/buoys, for $500 to $700 per person. However, this route is also unsafe, as the Turkish Gendarmerie has previously shot directly on people in rafts many times.

A smuggler in western rural Jisr al-Shughur- he refused to disclose his name- said:

“I deal with some locals of the border villages from both sides; the Syrian and Turkish, mostly owners of agricultural lands or houses located near the border fence, being familiar with the area and its roads. I usually smuggle people from Harem and Kherbet Eljoz/al-Deria. There are about twenty smugglers in the area and we all pay from $25 to $50 to HTS’ Border Security Office for each person we smuggle in order to be allowed to cross. People who deal with me jump over the border fence and then walk or run to the highway where there is a car waiting to take them to a house prepared for them in a Turkish border village, from where each of them heads to his/her destination. The Turkish Gendarmerie has shot directly on my smuggling trips many times, but nobody ever died from my groups; it happened, however, with other smugglers I know. The Gendarmerie usually shoots and kills at night and it has already warned us to stop smuggling people.”

Uday, 25, talked to STJ about his failed attempt to smuggle to Turkey, as he was caught and tortured by the Turkish Gendarmerie and then deported to Idlib through Bab al-Hawa crossing:

“I contacted a smuggler who advertises his services on Facebook. He asked me to come to the city of Harem and there he took me to a house and said that at night I would get to Turkey with a group of guys by jumping over the border wall. That night, we went to the Border Security Office of HTS and got the so called “access receipt” for $50, but it remained with the smuggler who didn’t allow us to take a photo of it or send it to anybody. We headed to the border, jump over the fence and started walking in the Turkish territories, but then the Gendarmerie saw us and started firing in the air. We tried to run as fast as possible towards the border village, but we stopped after the gunfire increased as we were about to be killed. Then the border guards came, they handcuffed us and searched our bags and some of them started beating us severely with batons and sticks and held us for about 24 hours. I told the interpreter who was with them that I was in so much pain, but he refused to give me any sedative. They already had arrested other groups of youth and they beat us all intermittently. The next day they put us in buses and drove us to the border crossing. When I got to Syria, I went to a hospital to treat my arms, and the doctor told me that I had torn ligaments resulting from beating.”