Ain Issa: A Father, His Three Children, Killed in an Artillery Attack by the Elite Army

September 8, 2021 327 views Download as PDF This post is also available in: Arabic Font Size A A A

The house of the Issa family was destroyed at dawn on 4 August 2021. Credit: North Press Agency.

Four members of the Issa family died and two were injured in the ground shelling on their house in the al-Safawiyeh village, east of Ain Issa city, in the northern countryside of Raqqa province. The city is controlled by the Syrian Democratic Forces (SDF) and is located nearly 2 KM from a station for Turkish forces and their affiliate the Syrian National Army (SNA).

Notably, the attack and the following reports unleashed a massive wave of controversy among activists and journalists in the area. Some dismissed the attack as fake news; others blamed the death of the family members on the SDF.

On 5 August, activists, and journalists— based in the Euphrates Shield and Olive Branch strips, jointly controlled by Turkish forces and Syrian armed opposition groups—shared a photo of one of the children killed in the attack through WhatsApp. Several of these journalists claimed that the photo was of an attack from 2016 and accused the SDF of faking reports on the shelling. However, these claims were later proven untrue.

Other journalists backed a different narrative. They claimed that the SDF had stationed their forces in a section of the family’s house, used it for warehousing purposes, and ignored the family’s demands that they leave their dwelling. They added that the house was considered an SDF post and thus turned into a target for shelling.

Syrians for Truth and Justice (STJ) compiled this report to investigate these competing narratives and gain insight on the horrifying incident on 4 August 2021.

This report builds on interviews with witnesses and sources carried out by STJ’s field researchers, as well as on the analysis our digital forensic experts conducted on videos and footage obtained from several open sources that addressed the attack.

Around 3 a.m., on 4 August 2021, the SDF-affiliated People’s Protection Units (YPG) and the SNA-affiliated Jaysh al-Nukhba (Elite Army) exchanged artillery shelling. The YPG were positioned in the al-Safawiyeh village, south of the M4 International Highway. They bombarded the Elite Army’s positions, one located north to the M4 and another near the al-Shakrak silos. The army retaliated and targeted the al-Safawiyeh village, striking the Issa family’s house. The attack killed a man and three children, and wounded a woman and another child. The victims are:

STJ reached out to a military source within the YPG. The source confirmed the exchanged shelling and that YPG forces were indeed stationed in al-Safawiyeh village. However, he refuted the claims that YPG fighters took positions in the Issa family’s house or used it as a post. The source added: “The fighters spread throughout the village to protect themselves from the shelling.”

A digital forensic expert with STJ analyzed a set of videos and images addressing the attack. The expert located the Issa family’s house and discovered that the family lived only 2.25 KM away from a post for Turkish forces and the SNA.

Furthermore, the expert analyzed two videos of the attack, one published by the North Press Agency and the second by Hawar News Agency, known for being close to the Autonomous Administration in North and East Syria. 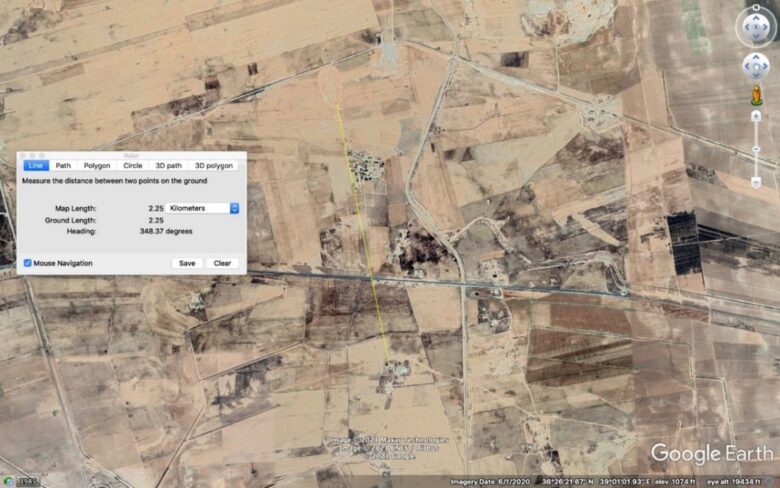 Image 1- The photo marks the distance between the Issa family’s house and the Turkish forces’ post, highlighted in yellow. 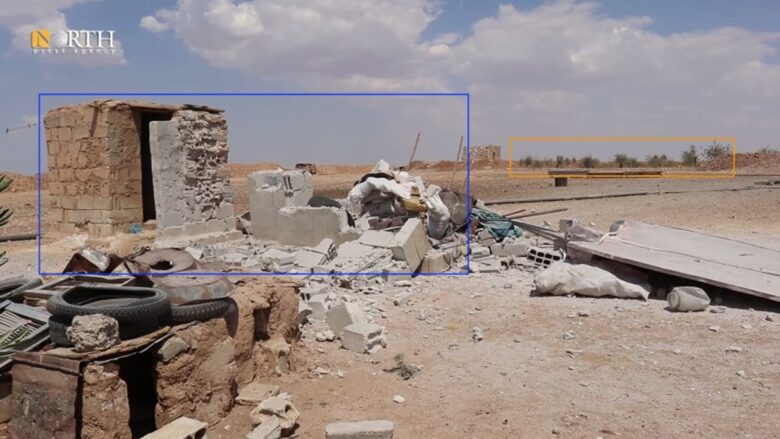 Image 2- Screenshot from the video published by the North Press Agency. The photo shows the destruction of the Issa family’s house. 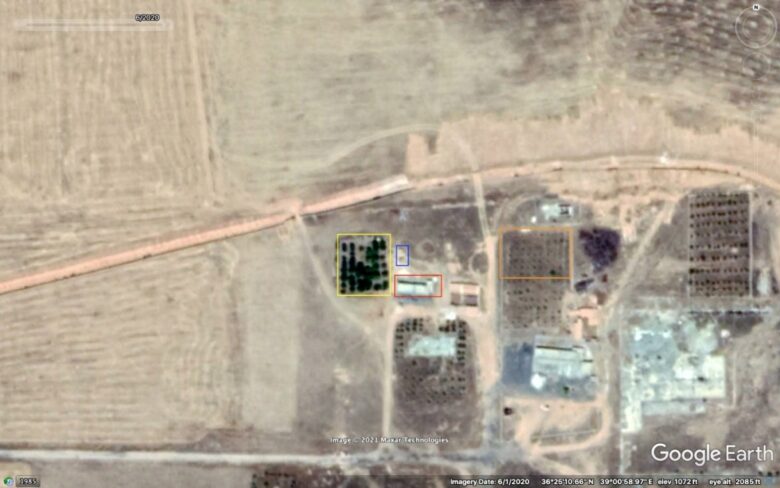 Image 3- Satellite image matched with an image from the ground. 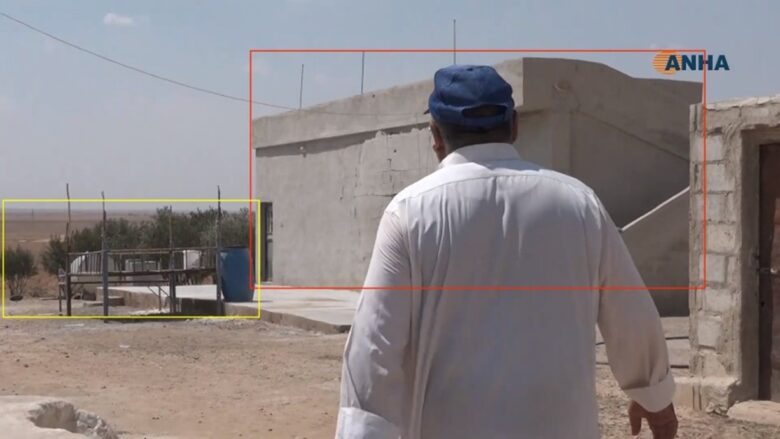 Image 4- Screenshot from the video published by the Hawar News Agency – ANHA. The photo locates one of the sites close to the bombarded house.

Furthermore, our expert examined photo of the victims which circulated online, and which several journalists claimed was of an attack in 2016. The expert verified that the photo is new and had not been published before, attributing the erroneous dating of the photo to the way Google processes and provides results for reverse image searches. He explained:

“When Google reverse image search finds matches on Reddit, it links to the subreddit (message board based on a certain topic) from which the image was shared, rather than the individual post. It will sometimes pull up a different post from the same subreddit that shared similar content matter. In this case, Google found the image on the “Kurdistan” subreddit, where it was one of the top posts at the time of searching. Perhaps because of the similar subject matter (incredibly gory images), Google displayed the image alongside the title and caption of a post on the Kurdistan subreddit from 2016. We found both the post showing the image of the children killed in 2021 as well as the post from 2016, which as one can see included different images from a different setting.” 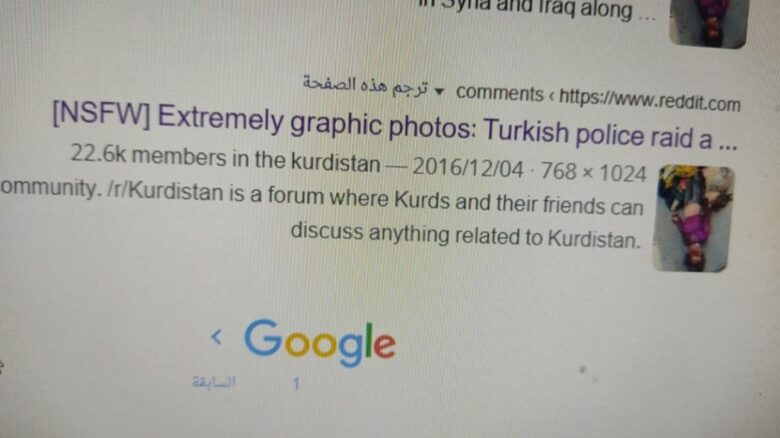 Image 5- This photo was circulated through WhatsApp by SNA advocates, who claimed the death of the children in the attack on the al-Safawiyeh village was fabricated.

The digital expert tracked the link appearing in the photo above and discovered that it addresses an attack that happened a few years ago. Furthermore, one of the victims’ photos used in the article resembles to a certain extent the photo of the child victim from the attack on the al-Safawiyeh village, east Ain Issa. 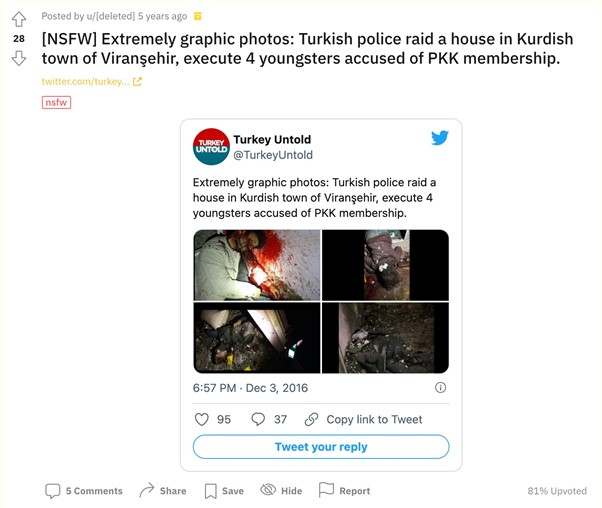 Image 6- Screenshot from the article mentioned in the paragraph above.

STJ interviewed a military source from the SNA. The source claimed that the SNA faction deployed to the contact lines with the al-Safawiyeh village is the Elite Army. He added that the army is stationed to the north of the M4 International Highway and opposite the village.

Moreover, the military source said that the area witnesses an almost daily exchange of shelling. However, he stressed that the armed opposition factions operating in the Peace Spring strip do not post news about the attacks they carry out on their official social media platforms, likely acting under Turkish instructions, while they post the details of all the attacks/shelling they conduct against the SDF forces in the areas of Tall Rifat, Kobanî/Ayn al-Arab, and Manbij.

Furthermore, the military source said that a joint Russian-Turkish patrol entered the al-Safawiyeh village on 9 August to assess the site of the reported attack. The patrol was covered by fighter jets.

A field researcher with STJ corroborated the military source’s account. The researcher confirmed that Ain Issa is a site of an almost daily exchange of shelling between the SDF and the SNA-affiliated factions. The field researcher added that one local pro-SNA Telegram channel used to provide breaking news on the attacks in the area. However, the channel went silent as of 4 August; namely, the day the Issa family’s house was targeted by artillery shelling.

As mentioned above, neither Turkey, nor the SNA, commented on the hostile incident, while several media reports claimed that Youssef al-Hamoud, an SNA spokesperson, refused to reply to their request for answers regarding the attack. 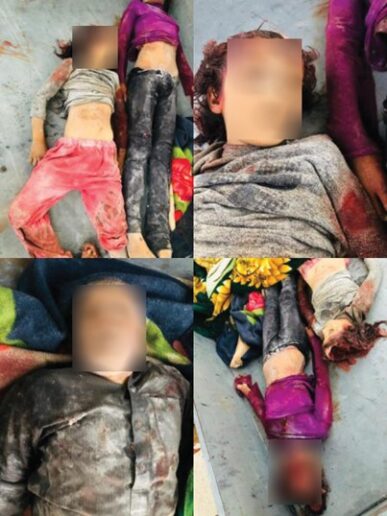 Image 7- The victims of the attack. Credit: The SDF’s official website.