A Complaint to the UN Working Groups and Rapporteurs Addressing Enforced Disappearances in Afrin, Syria 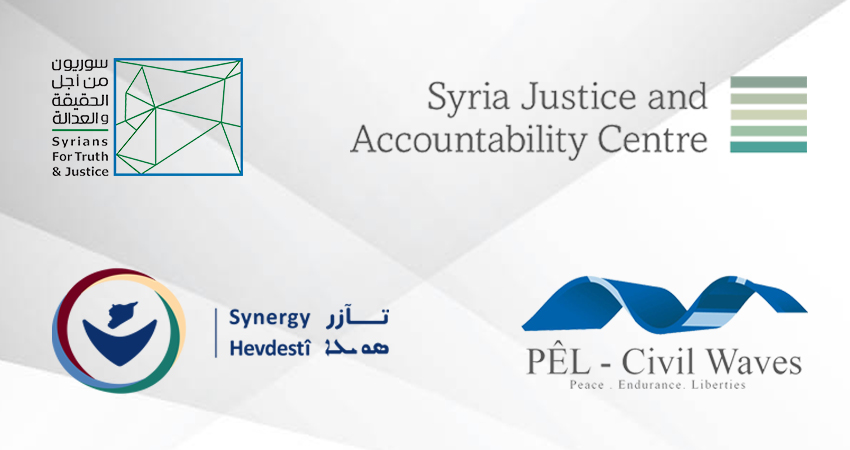 Every month, field researchers with Syrians for Truth and Justice (STJ) record the number and names of people arbitrarily arrested and disappeared by the Turkish-backed Military and      Civil Police in Afrin, Syria. These arrests are verified using a network of researchers, civilian sources, eyewitnesses, and confidential sources within the opposition-led Syrian National Army.

This year, STJ joined the Syria Justice and Accountability Centre (SJAC), PÊL – Civil Waves, and Hevdestî – Synergy to submit a complaint to the UN Working Groups on Enforced or Involuntary Disappearances and Arbitrary Detention and the Special Rapporteur on the Rights of Indigenous Peoples concerning people arbitrarily arrested in Afrin.

In 2018, Turkey conducted the military operation “Olive Branch” into the majority-Kurdish province of Afrin, beginning a long-standing occupation of Syrian territory which would lead to the displacement of over 300,000 people and a campaign of targeting and harassing the local population.

STJ’s investigations have revealed that Kurdish people, indigenous to the region where the arrests are taking place, are disproportionately at risk of being arbitrarily arrested — a finding corroborated by the Independent International Commission of Inquiry on the Syrian Arab Republic.

Before August 2018, the Military Police had received funding from the United States. However, since that support was withdrawn, Turkey has taken over the responsibility of      funding the activities of the Military Police. Additionally, since mid-2020, arrests have largely been directed by Turkey through the Military Police, who rely on the opposition-aligned      Syrian National Army (SNA) military groups to make the arrest, chiefly the Hamzat, Amshat, and Sultan Murad factions.

Many of those arrested have been held arbitrarily. For example, STJ spoke with A., a man who worked in an Afrin bookstore. While out to buy a pack of cigarettes, A. was arrested by members of the Military Police and taken to multiple locations, some he could not identify, before spending two months in Maaratah Central Prison. When A. finally was put on trial, he was released after paying a fine. Like A.’s case, investigations by monitoring organizations suggest that arrests are often conducted not in accordance with official summons and evidence, but arbitrarily for financial exploitation and gain.

While A. eventually stood trial, other detainees have been transferred to Turkey, unbeknownst to their family. These detainees are “disappeared” – their families unable to hire a lawyer for their defense or determine where they are.

Within the regular prisons where detainees are kept, sources have revealed a significant lack of hygiene, inducing the spread of scabies and lice. The lack of adequate windows and ventilation also causes undue suffering. Prescribed drugs are only provided and administered if the detainee successfully bribes his/her guards. Those who become extremely ill are transferred to Turkey. While Syrian organizations monitored the return of several of these patients after several weeks, others have never returned.

11 Years Since the Syrian Uprising