On November 7, 2018, the people of the city of Da’el found the body of the former director of the Free Police Station, bearing torture and stabbing marks a few hours after his arrest from his house in the city

Elements of the Syrian Air Force Intelligence Service arrested a former official of the Free Police, affiliated with the Syrian opposition, in the city of Da’el, Daraa, for his body was abandoned on the road to be found by the town’s people on November 7, 2018, a few hours from his arrest, according to a testimony obtained by Syrians for Truth and Justice/STJ.

“On Wednesday, November 7, 2018, a group of six elements of the Air Force Intelligence raided the house of Ghanem Hamdi al-Jamous, around 3 that night. In the morning, the people found his body in the city’s suburbs, which was subjected to a massive stabbing with sharp tools, in addition to gunshots. Al-Jamous was a former commander of the Military Council, under the armed Syrian opposition, and the director of the Da’el city’s police station prior to the Syrian regular forces’ control of the city in July 2018. While on duty, as a director of the police station in July 2018, an unidentified armed group kidnapped one of the reconciliation committee’s members, called Bashar al-Shuhadat. Known for his cooperation with the Syrian government, Shuhadat was found dead a few days later. I think that what happened is some sort of vengeance against the opposition’s commanders who are still in the city.” 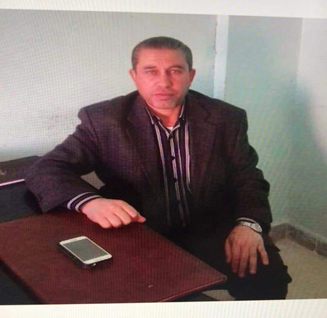 In addition to this, STJ’s field researcher reported that the Air Force Intelligence Service is basically running the city of Da’el, which witnessed a similar incident before that of al-Jamous. On November 4, 2018, the former commander of the armed Syrian opposition Fadi al-Assmi, who also was a member of the Military Council, was arrested at one of the checkpoints, near the city, and is yet held in detention.

It is worth mentioning that the incident of al-Jamous’ death after he was arrested is the second of its type in Daraa province after the Syrian government controlled it, for STJ has document the death of Abdulmawla Mahmmod al-Hraki, a civilian, who died two months from his arrest[2]. In addition to this, dozens of arrests and dentations in the governorate were documented, about which STJ published several detailed news reports. [3]

On the other side, the Syrian regular forces have, on the same day, found a mass grave, containing the dead bodies of dozens of their elements, who were killed in the previous years during the confrontations with the armed Syrian opposition groups.

[1] The activist’s name is not revealed for his own safety.