Controlled by the Syrian Army, Daraa is a Scene to Rampant Insecurity and Mass Assassinations

New armed groups are emerging, most importantly the Popular Resistance and the Saraya al-Janoub/Brigades of the South

Since July 2018, when the Syrian regular forces became in control of the area, Daraa province has been witnessing several security-related detours, represented by the numerous assassinations, which started to markedly increase at the onset of 2019, targeting civilian and military personalities affiliated with the Syrian government while three anti-government armed movements/brigades were founded, on top of which is the Popular Resistance that adopted a number of military operations that hit military posts and checkpoints. In addition to this, former commanders of the armed opposition groups were targeted by improvised explosive devices, given that they joined the settlement deal, concluded by the Syrian government, under a Russian auspice, on the one hand, and the armed Syrian opposition groups on the other.

I. The Assassination of the Syrian Government’s Mayors:

In January 2019, the field researcher of Syrians for Truth and Justice/STJ monitored the assassination of two mayors in Daraa province, and the attempted assassination of a third, in addition to the battery of three other mayors in the province. All the incidents were conducted by unidentified persons, and took place as thus:

1.    On January 17, 2019, unknown persons fired at AbdulIlah al-Zoubi/Abu Murad, the mayor of the al-Musayfirah Municipality, at night and in front of his house. With two bullets in the face, he was rushed to a hospital in the city of Daraa, from where he was again transported to the capital Damascus, where he died affected by his injury two days later.

2.    On January 10, 2019, Mohammad al-Manjar/Abu Zakaraya, mayor of the al-Yadudah Municipality, died after being directly shot at by unknown persons in front of his house.

3.    Ahmad al-Nabulsi, the mayor of the Muzayrib Municipality, survived an attempted assassination. He, later on, was beaten on the head by a soldier of the Syrian army due to a dispute that aroused between them during the distribution of the fuel shares in the town of Muzayrib on January 17, 2019.

It is worth mentioning that the assassination cases of the mayors of the Daraa province’s municipalities were filed against persons unknown, as no side announced its responsibility for the incidents. 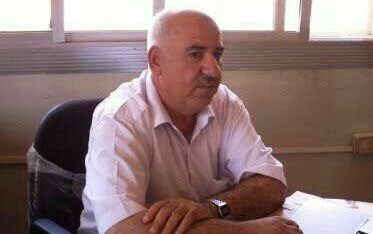 AbdulIlah al-Zoubi, the mayor of the al-Musayfirah Municipality, who was assassinated by unknown persons. Photo credit: Activists from Daraa.

II. The Emergence of Clandestine Armed Opposition Groups, which are Adopting Attacks on Posts of the Syrian Regular Forces:

On November 15, 2018, an armed group in Daraa announced the formation of a military movement referring to itself as the Popular Resistance and raising the flag of the Syrian opposition upon making statements. On its Facebook page, the Popular Resistance pledged to implement recorded attacks on posts of the Syrian government and the Syrian regular army. Commenting on this, Abu Mahmoud al-Hourani, a pseudonym of a media activist at the Horan Free League, told STJ’s field researcher the following:

“The Popular Resistance in Daraa emerged as a reaction to the Syrian regime forces’ practices against the province’s people, after dozens of arrests and the [imposed] security restrictions, considered a violation of the terms of the settlement deal concluded by the opposition and the Syrian regime, under a Russian auspice. Most of the Popular Resistance’s recruits are former militants of the armed opposition. We have no information if any of the recruits are civilians. We also do not know the exact number of the movement’s troops. I do contact a few of the movement’s commanders via the internet, which have all refused to reveal their identity, fearing security prosecution.”

“As a media center, we managed to verify all the operations adopted by the Popular Resistance, through cooperating activists inside the province. All the operations were aimed at military posts of the Syrian regime. The Resistance operates in the majority of the province’s villages; however, it is most prominently present in its western rural parts. Two armed movements appeared in Daraa’s eastern countryside, named Saraya al-Janoub and the Avenger Soldier, which both conducted several attacks on posts of the Syrian regime and its affiliated militias.” 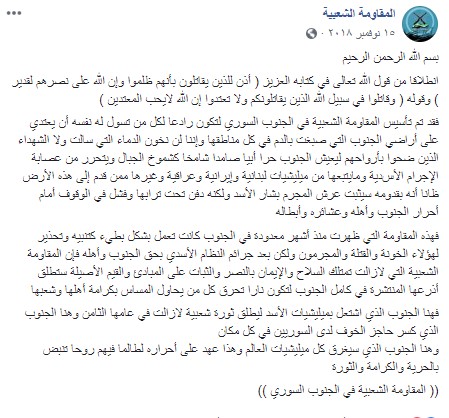 STJ’s field researcher reported that the Popular Resistance has adopted more than 11 attacks on posts of the Syrian regime’s forces and their affiliated militias, most of which took place in western rural Daraa. Most notable of these attacks was attacking a military checkpoint with an explosive device on the outskirts of the town of Namar, which caused either the death or the injury of its elements, on February 5, 2019, as a video, posted by Daraa activists, shows. 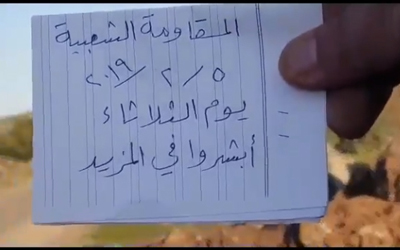 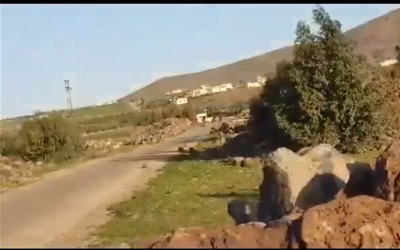 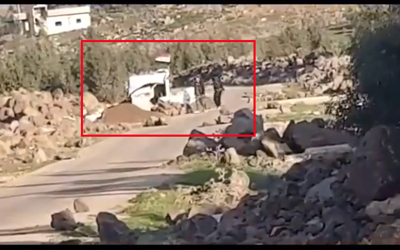 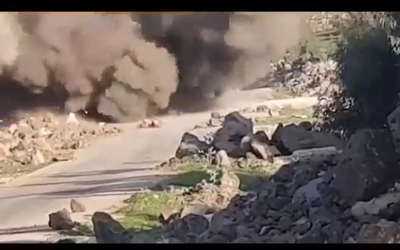 Photos are taken from a video posted by activists from Daraa, showing the attack on February 5, 2019. In the first photo, the paper appearing says: The Popular Resistance/ Tuesday, February 5, 2019/ Wait for more.

On January 17, 2019, another attempted assassination was recorded against Lieutenant Colonel Nidal Koja Ali, director of the Nawa area, due to which he was injured and hospitalized.

Early in February 2019, in the town of al-Karak, eastern rural Daraa, an armed group calling itself Saraya al-Janoub appeared. This armed group raises the flag of the Free Syrian Army/FSA, affiliated to the armed opposition. In sync to its formation process, writings introducing the armed group started to appear on the walls of the town’s houses, which also expressed its intention to target the Iranian forces, the elements of the Lebanese Hezbollah and leaders of the Ba’ath Party in Syria. The Saraya al-Janoub officially announced its foundation on February 9, 2019, in a statement, it published on its Facebook page, in which it declared its goals. 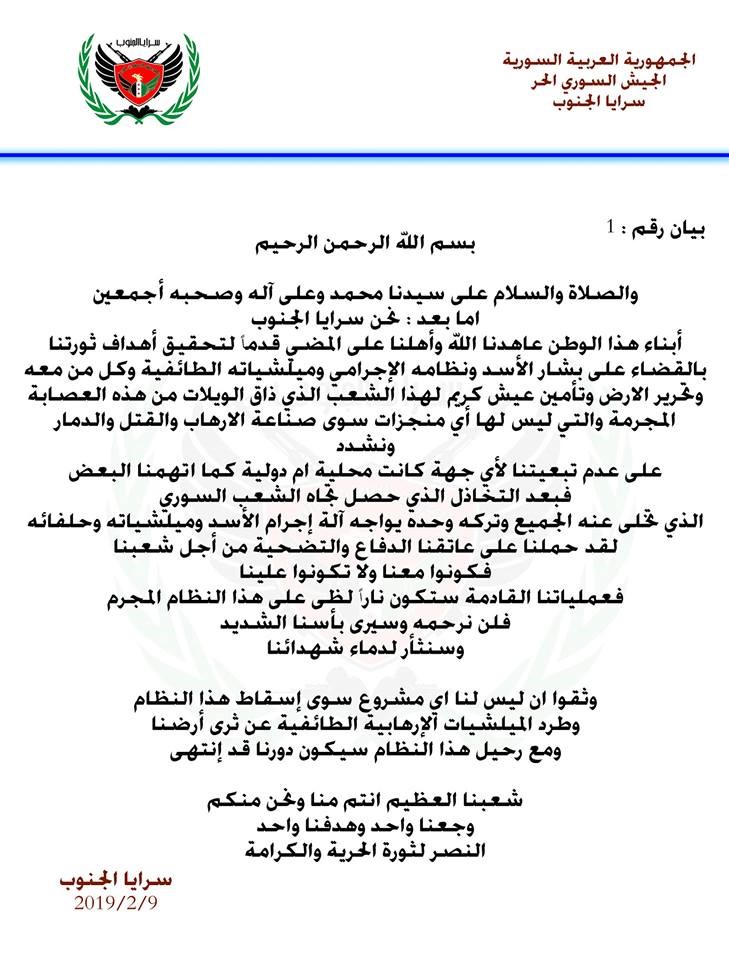 Under the pseudonym Hassan al-Refai, an activist, based in eastern rural Daraa, told STJ’s field researcher the following:

“Recently, we started to come across many writings carrying the name of Saraya al-Janoub. On February 16, 2019, a massive blast shock the village of Umm Walad, which later on appeared to be an explosion at one of the headquarters of the Ba’ath Party. The Saraya al-Janoub adopted the incident, pledging more. Two days later, also in the village of Umm Walad, a grenade was launched at the house of one of the former armed opposition groups, causing material damage only. We are still afraid of the retaliation of the Syrian regime’s forces.” 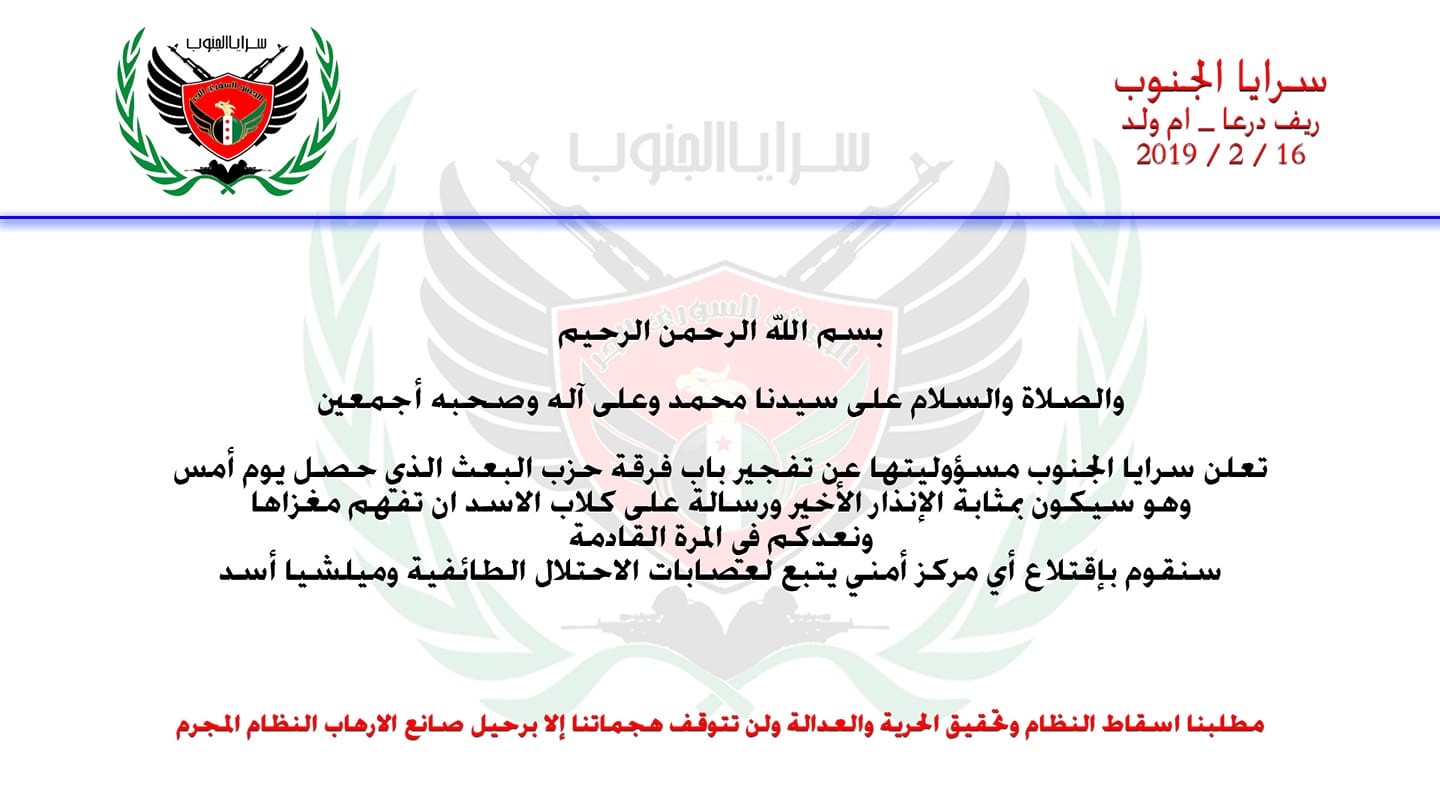 1.    On February 14, 2019, Mahmoud al-Bardan, dubbed Abu Murshed, who is a former commander of the Jaysh al-Thawra/Army of the Revolution, was a target to an attempted assassination that led to the death of his squire Feker al-Bardan and the injury of another person. This incident is considered the second attempt at assassinating him while no side has so far adopted responsibility for it. It is worth mentioning that al-Bardan was a former commander of the 5th Legion, which Russia formed to be dissolved on September 29, 2018. Al-Bardan has lately joined the Military Security Branch, under the command of Lwai al-Ali.

2.    On January 4, 2019, unknown persons assassinated both the former commander of the Jaysh al-Yarmouk/Army of Yarmouk, Omar al-Sharief, and the former commander of the Falojat Horan Brigade, firing at their vehicle near the town of the Kharab al-Shahem, western rural Daraa. The two commanders have also recently joined the Military Security Branch under the command of Lwai al-Ali.

3.    In December 2018, an unknown person on a motorcycle assassinated Mashhour Knakri, the former commander of the 4th Legion under the Hamza Brigade, on a street in the city of Da’el.

4.    On December 11, 2018, unknown persons shot Yousef Mohammad al-Hashish, a former element of the Jaysh al-Thawra, to death in the town of Muzayrib.

STJ’s field researcher pointed out that many of the civilians are in a state of panic and worry of any reaction on the part of the Syrian government, as it fails to keep order in the province of Daraa. They are also afraid that civilians might be accused of enrolling in any of the armed groups that appeared lately. The researcher also monitored a state of doubt among a massive class of civilians, who are unsure of the goals, intentions or the identity of the new armed groups, not to mention that some of the Syrian government’s loyalists are demanding the annihilation of complete villages, in response to the attacks that targeted the forces of the Syrian regime lately.