In December 2018, Syrian security services conducted several raid and arrest operations in the city of Douma in Eastern Ghouta, rural Damascus, during which they arrested two civilians at least and sent a number of young men to perform reserve military service, according to testimonies obtained by Syrians for Truth and Justice/STJ.

STJ interviewed several civilian residents of the city of Douma, who are now based there, in December 2018, in addition to a few of the city’s people who have been displaced to northern rural Aleppo following the Syrian regular forces’ control of Eastern Ghouta in April 2018, under a deal with the opposition armed groups.

Using a pseudonym, Hassan, a civilian based in the city of Douma, told STJ’s field reporter the following:

“The Military Security Branch, the headquarters of which are located near the Quwatli Street, close to the Douma Hospital, conducted several raids and arrested a number of civilians, though they have signed the regularization of status and the reconciliation document. On December 18, 2018, and in the Quwatli Street particularly, this branch conducted a raid and arrested several civilians, of whom I identified Abu Ahmad Slaik. The raid was undertaken on the pretext of searching for arms.”

“The State Security Branch, located in the al-Masaken region, within the city, also conducted raids and arrested several civilians, including women, of whom I identified a woman called Um Ali Halaweh, whose son is an opposition media activist. She was arrested to impose pressure on her son.”

Concerning the operations in search of young men requested for the reserve military service, under a pseudonym, Ahmad, who is based in the city of Douma, said:

“Once the lists of the young men, requested for both compulsory and reserve military service, were issued, the notifications of requirement to perform military service started to reach houses, With them, campaigns in search of requested people also began, and  a number of young men were recruited while on the streets or at houses. This triggered fear among the people, and young men started to hide and refrained from getting out on the streets. One of my friends paid a sum of two million Syrian pounds, just to remove his son’s name from the reserve list.” 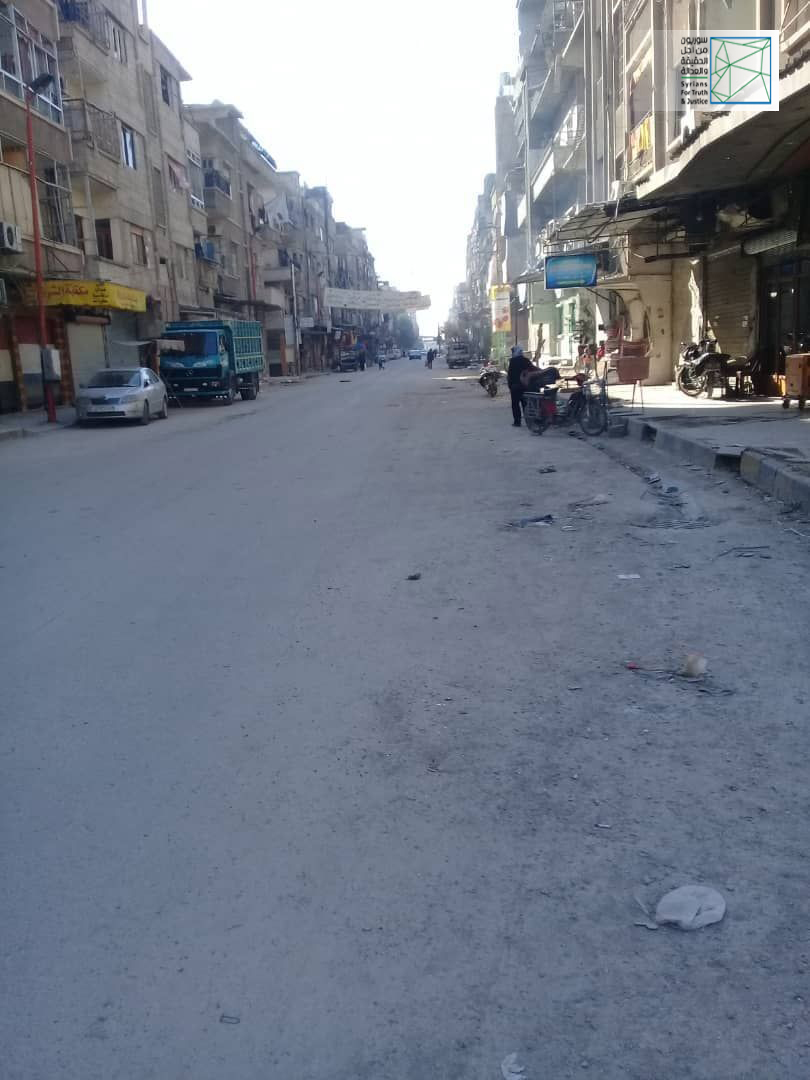 An almost empty street in the city of Douma. Taken in: December 2018. Photo credit: STJ.

For his part, the media activist Taim al-Dimashqi, based in northern rural Aleppo, said that on December 3, 2018, the Douma Police Station hung lists with the names of people requested for military service. These lists included the names of young men whose birth years range from 1980 to 1990. It is also worth mentioning that a significant number of the people whose names were listed are either dead, have migrated or have been internally displaced. 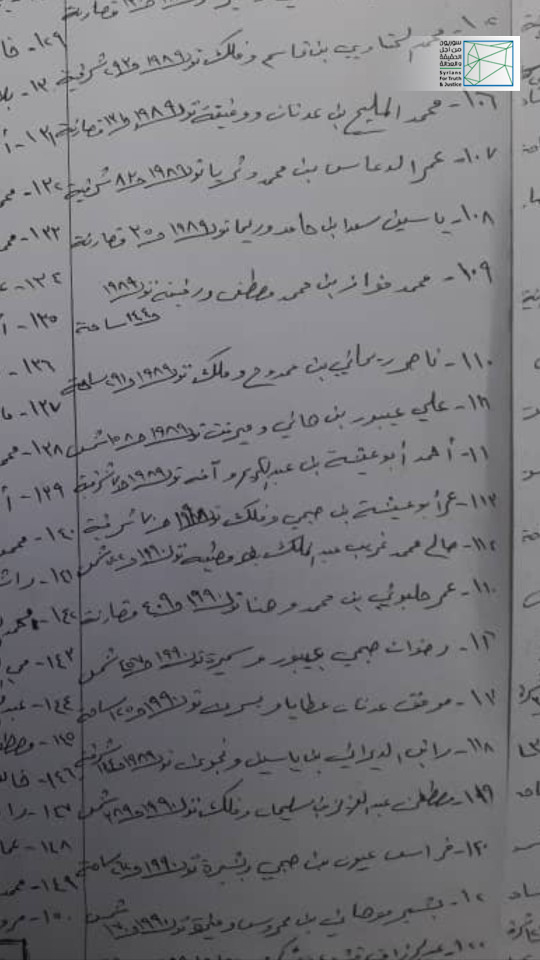 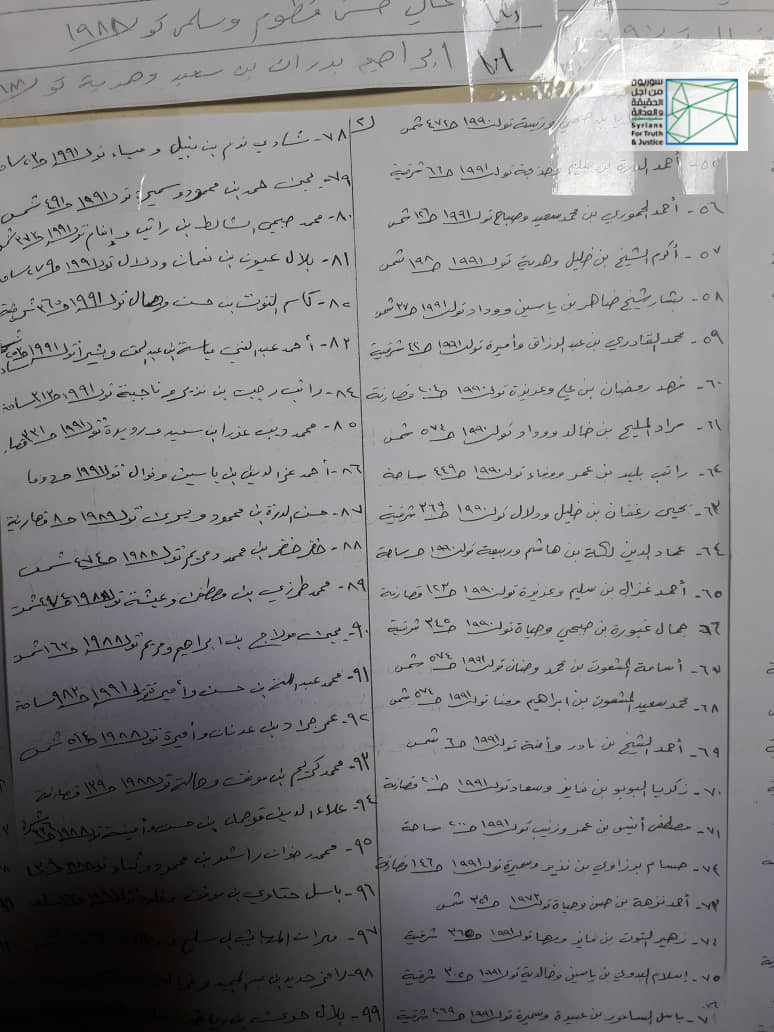 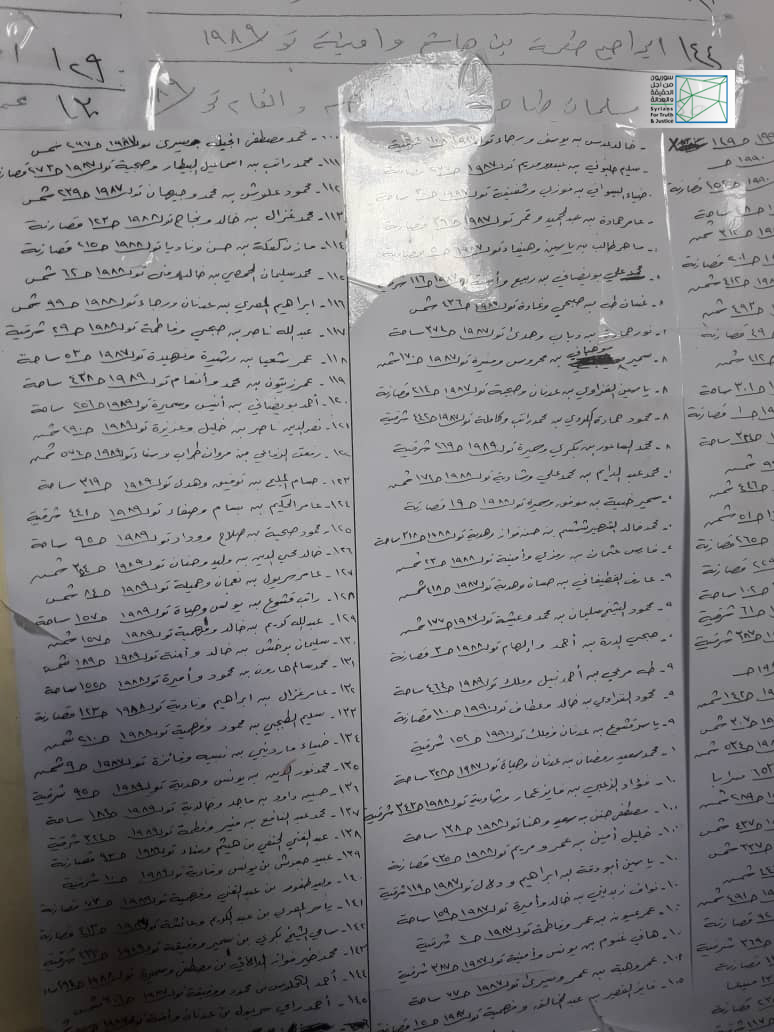 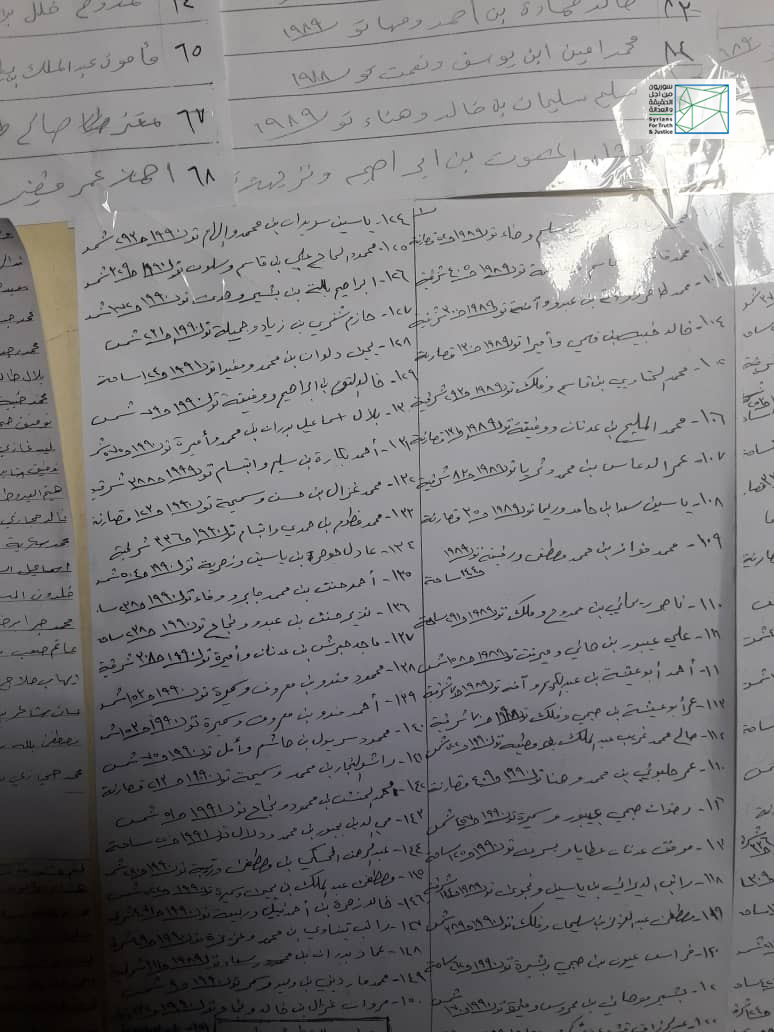 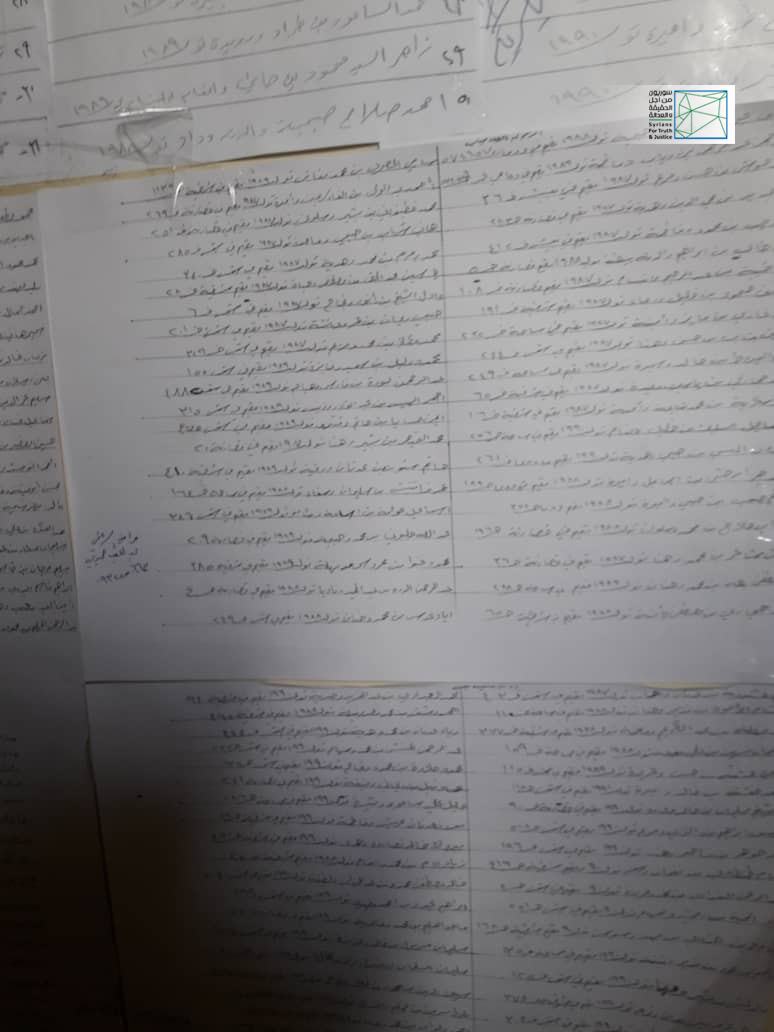 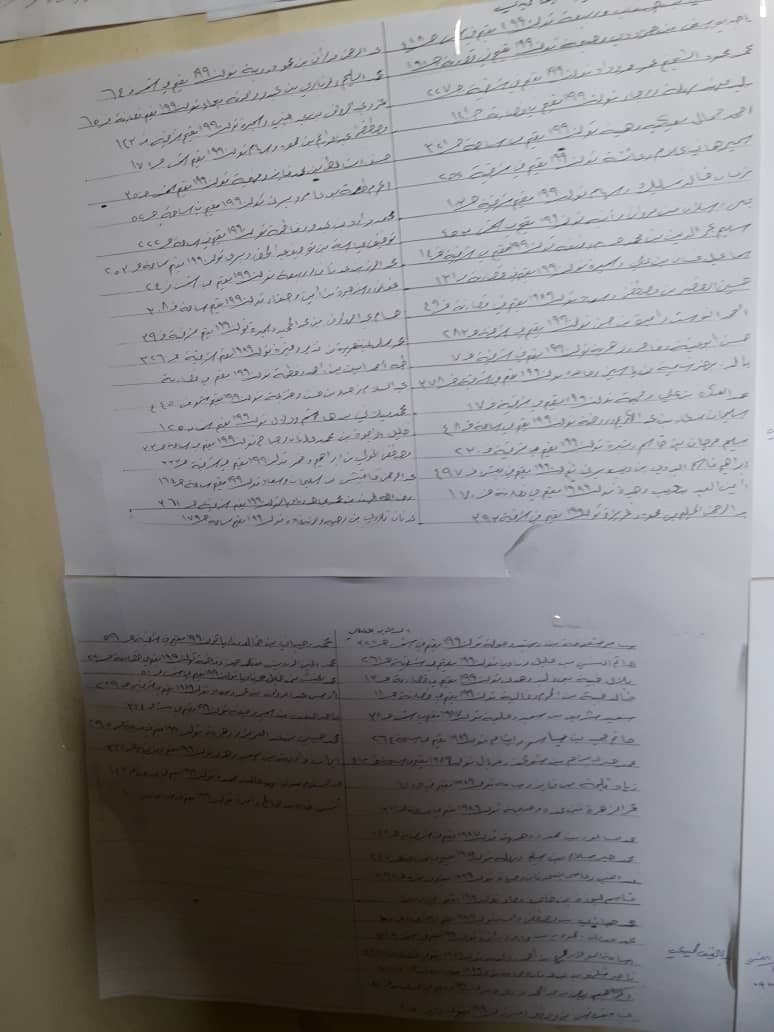 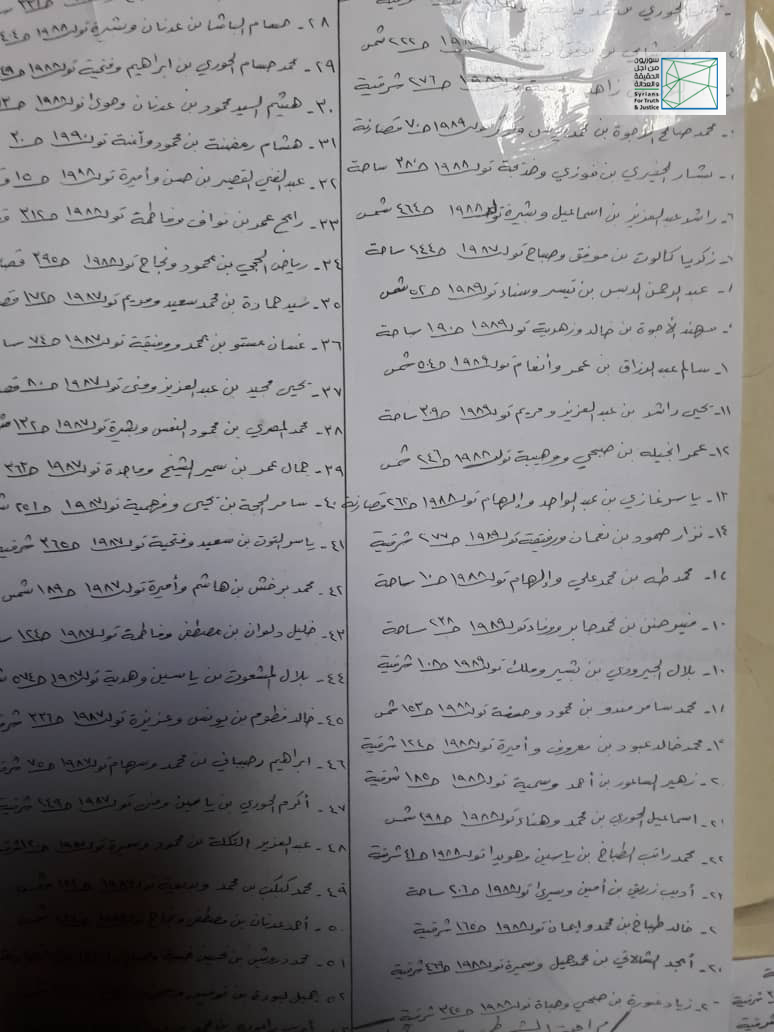 Photos showing the lists with the names of people requested for the reserve military service, hung inside Douma Police Station, which STJ was provided with by one of the eye witnesses it interviewed.